It Looks Like Mom Is Holding New Twins, But When The Camera Pans Out… Whoa! 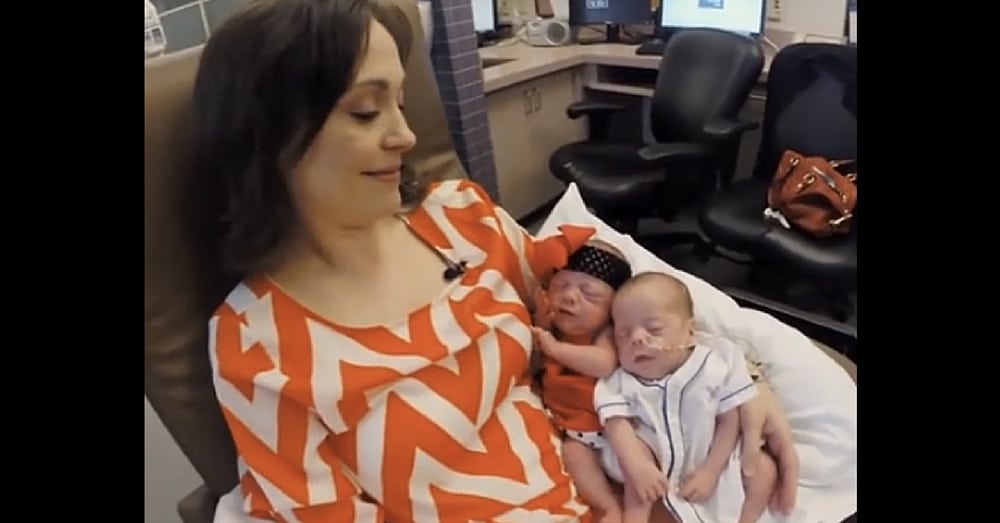 After suffering three heartbreaking miscarriages, Steven and Michelle Seals decided to give having a baby one last go by trying fertility treatments. They had one son already – Brady – but Michelle knew this was her “last try for any extra kids.”

Because they were using fertility treatments, Steven and Michelle knew that having multiples was a possibility, but they were shocked when their doctor told them they were expecting quintuplets!

On March 18, 2014, Michelle delivered four little girls and one boy into the world – Mia, Tessa, Gracie, Rayleigh, and Brant. She calls the quintuplets, along with their older brother, her Six Sweet Seals.

While having quintuplets was already special, the event was made even more so by the fact that this was the first set of quintuplets ever delivered at Baylor University Medical Center in Dallas, Texas.

A local news team was on hand to capture a photoshoot the twins did shortly after their birth. The newswoman herself had delivered twins at the same hospital, and was able to relate well with Michelle as well as lend a helping hand.

When Michelle told her about finding out they were having quintuplets, the reporter joked, “Be careful what you ask God for!”

As the nurses helped the new momma hold all five of her babies for the first time, Michelle talked about how special motherhood is and how she never realized she could have so much love for another human being (or five of them).

“It just brings something out of you you didn’t know you had,” she said.

Click below to watch the sweet moment for yourself.

Did you love seeing these five precious new lives? So share this!