Girl Shares Birthday Cupcake With Garbage Man, She Wasn’t Prepared For What He Did 6 Months Later 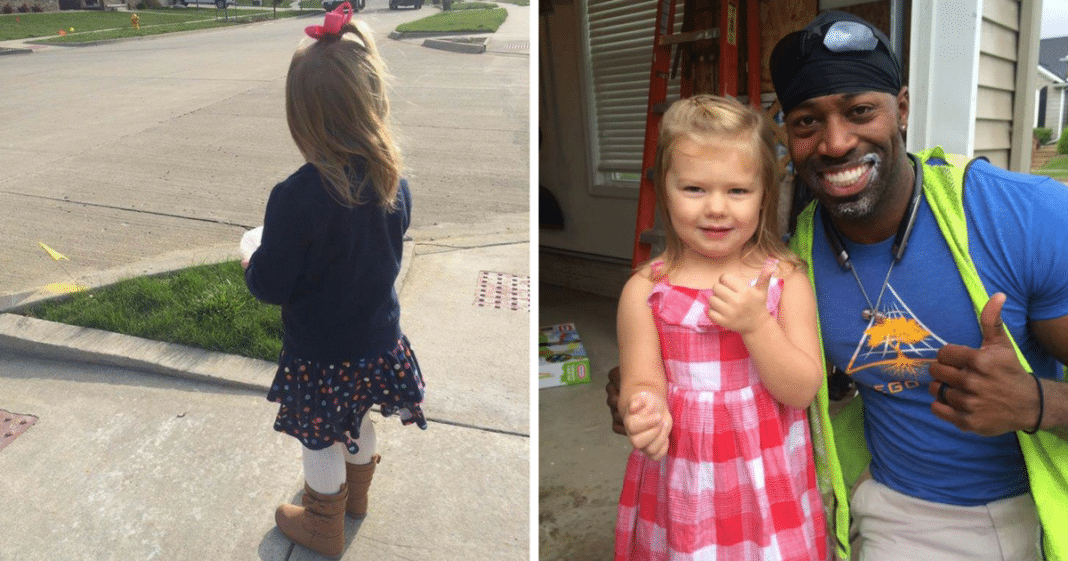 Brooklyn is a sweet, adorable little girl who’s formed a friendship with an unlikely person: Her garbage man, Delvar Deshawn Dopson. Every Thursday, rain or shine, the little blonde cutie pie would rush to her window to catch a glimpse of the garbage truck as it would head down her street. She’d wave exuberantly at the man behind the wheel.

For Brooklyn, merely observing the truck driving past from inside her house wasn’t enough. She needed to head outside and see it from there. She and her mom, Traci would stand on their porch and wave. But what about those days where she’d miss her chance to wave? Well, she’d hurry up and get ready for daycare; then Traci would drive Brooklyn around his route to catch him so she could get her wave quota in.

When Brooklyn’s birthday rolled around in April, she had a simple request: She wanted to meet her mystery garbage man and present him with one of her birthday cupcakes.

What a generous and thoughtful little girl. Most children and some adults only think of themselves during their birthdays. Not Brooklyn.

According to Brooklyn’s mom, Traci Raymond Andrake, Dopson played along with the girl’s plans. “When he came down our street, she ran to the corner. We were waving like usual, and I  motioned for him to come over by us. He pulled over, got out and gave us his BIG smile. Brooklyn  was instantly speechless as she handed him the cupcake.”

The meeting with her Thursday friend awed her into silence. On the way to daycare, Traci asked her if she was all right because she was unusually quiet.

This isn’t the end of the story as you might think. No. Little Brooklyn and her younger brother, Ty, had an awesome surprise coming to them.

Dopson couldn’t let such a sweet gesture go unrewarded. He would have to wait until his birthday in October. While on his route, he stopped at their house and shared cupcakes with Brooklyn and Ty. He went further by presenting them with a gift. Ty got a baseball tee while Brooklyn received an Elsa doll.

this tradition began a few years ago, and they’ve managed to keep it going. Traci has posted several times on social media about how grateful she is to her children’s new friend.

“Delvar, thank you for your continued friendship and your kindness to my kids. Eric and I feel so blessed that you came into our family’s lives. We are forever grateful for the happiness you bring our kids, and also us.”