Little Boy Waits To Meet Royal Couple, Kate Takes 1 Look At His Face And Knows Something Is Wrong 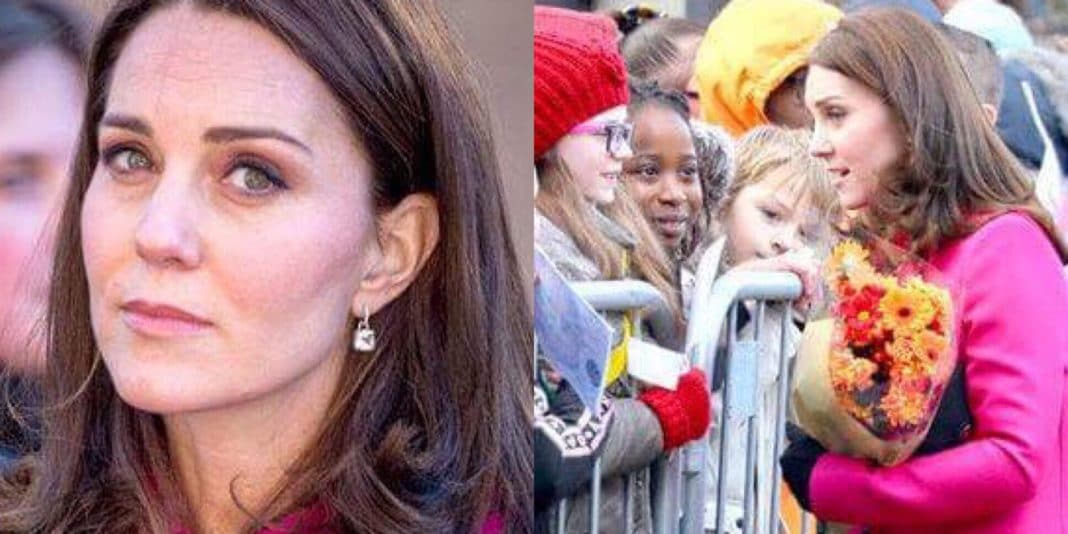 Once you’re a parent, you’re always a parent. This can be said for royalty too. During their trip to Coventry, a city located around 110 miles from London today, the Duke and Duchess of Cambridge took time from their busy schedule to comfort and sooth some disquieted children. These youngsters waited hours just to catch a glimpse of the royal couple.

The Duke and Duchess of Cambridge arrive at @CovCathedral – TRH's first visit during their day of engagements in Coventry. pic.twitter.com/VOD5jW1sFl

— The Duke and Duchess of Cambridge (@KensingtonRoyal) January 16, 2018

Out of all the people vying for their attention, Kate fixated on the face of a little boy who appeared to be in distress. Her mothering instincts kicked in as she stopped to speak softly to the child. She asked him if he was all right.

The boy who had her so concerned was 10-year-old Craig Skipper, Craig is a student at Corpus Christi primary school. He had waited for three hours to see the royal couple. The long delay accompanied by the excitement had taken their toll on him.

“Princess Kate came over and give him a sickbag, our little Craig,” gushed Carole Flynn, a primary school learning mentor. “I think he was a little bit overcome.”

Kate noticed Craig’s tiny pale face and thought he might be ill. After talking with the little boy, she asked one of her security officers to bring him a paper bag for him just in case.

“It was lovely of her,” Flynn expressed. “She really took time with him. You can tell she is a mom and has got that caring side.”

Meanwhile, Kate’s husband, Prince William, was dealing with his own minor parenting crisis. A little girl was crying and he stopped to see why.

The cold little one desperately wanted a hot chocolate. William managed to calm her; he asked her if she wanted him to order her a hot chocolate with marshmallows before he left.

As with all their outings, the Duke and Duchess were the stars, but it was the children who mattered most to them.

Thank you Coventry for a wonderful visit!
More from The Duke and Duchess's day here: https://t.co/e70FTK29Hd pic.twitter.com/WMVHP7Er0l

— The Duke and Duchess of Cambridge (@KensingtonRoyal) January 16, 2018

“They didn’t seem like people who are too busy for other people,” Mia chimed. “She seemed really nice” she said about Kate.

William and Kate are terrific parents. George and Charlette love their mom and dad, and it’s obvious their parents adore their little ones too. Kate is expecting the couple’s third child in April. George and charlette will have a little brother or sister to love and play with in just a few months time.