Leopard Lunges At Unsuspecting Zookeeper. But Keep Your Eye On The Tiger In The Back… 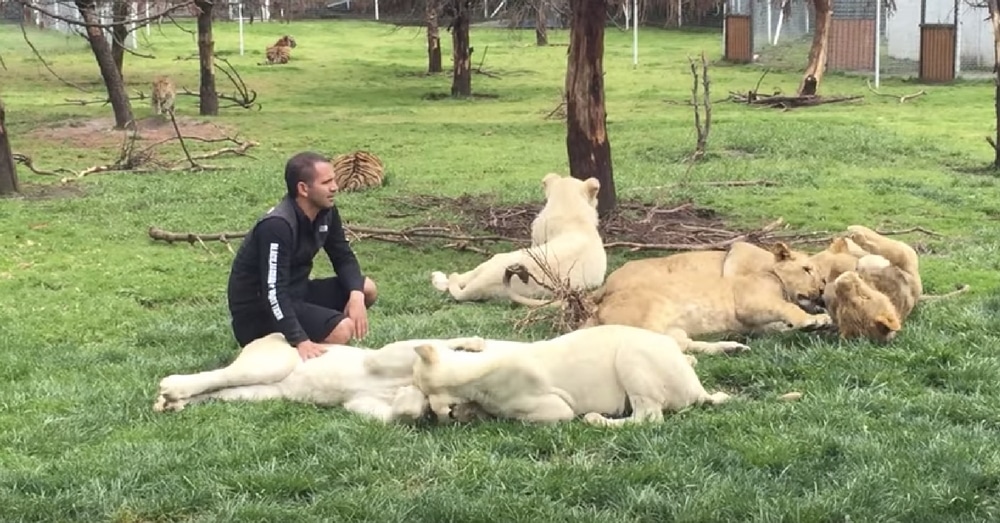 Even though animals have been domesticated over the years, there is still a wild streak in many of them that can come out when we least expect it. And how much more true is that for animals who are still very much wild?!

Eduardo Serio is the founder of The Black Jaguar-White Tiger Foundation in Mexico, which provides a sanctuary for big cats that have been rescued out of abusive situations.

We’ve featured the organization before when we shared a video of a panther sneaking up on Serio to play, but we’ve got to say that this new video just about gave us all heart attacks when we watched it!

Serio is shown playing with some of the sanctuary’s lions and giving them belly rubs when a leopard, Dharma, starts to bound toward him.

What happens next you just have to see to believe! Click below:

At the last minute, when it seemed like Serio was a goner, one of the sanctuary’s tigers, Aztlan, who was peacefully lounging in the grass, bounded up to block Dharma from reaching Serio.

While it may be the case that the jaguar just wanted to play, it goes without saying that these large cats can be dangerous, even to those who know them and take care of them. There’s no telling what Dharma might have done if Aztlan hadn’t stopped him, but we’re glad this video had a happy ending!

Were you amazed at how this tiger protected his caretaker? So share this!