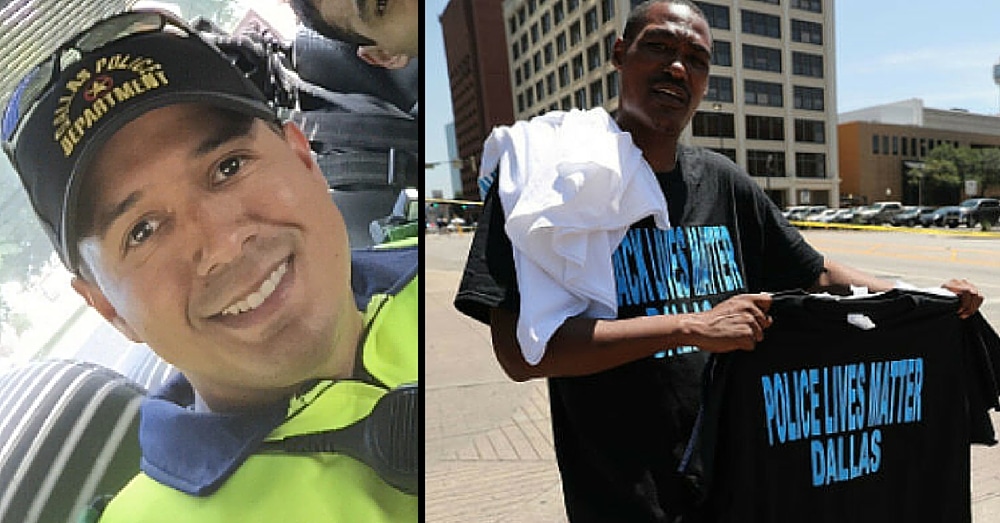 This is going to break your heart.

One of the police officers who was murdered in cold blood by Micah X. Johnson in Dallas last night sent out this tweet about America.

It would be the last tweet Patrick Zamarripa, a man who served three tours of duty in Iraq, would ever send.

Happy Birthday to the greatest country on the face of this planet. My beloved America!

Dallas police officer Patrick Zamarripa, 32, had survived three tours in Iraq, one of the world’s most dangerous places, his father, Rick Zamarripa, said Friday. And then this.

“He comes to the United States to protect people here,” his dad said. “And they take his life.”