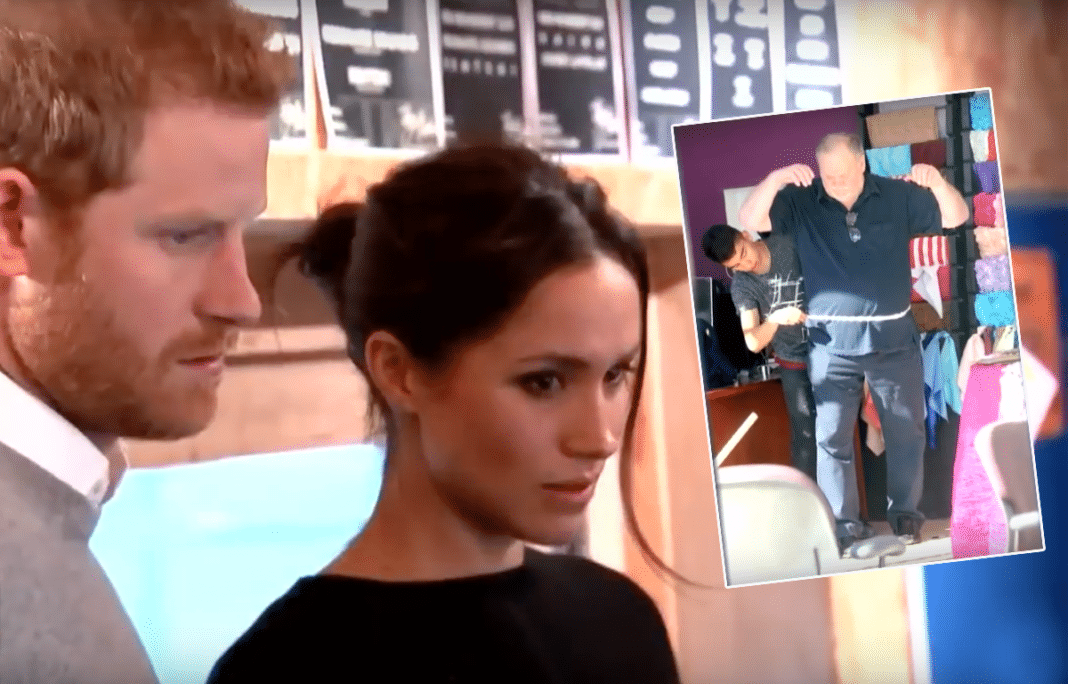 Much of the world is watching with great anticipation as Prince Harry and Meghan Markle prepare for their royal wedding on Saturday at St. George’s Chapel in Windsor. Now, amid a series of scandals, it appears that Meghan’s father Thomas may not take part in the wedding at all, with reports that he continues to suffer from chest pains and stress related to being caught up in a whirlwind of media attention surrounding photos taken of him preparing for the big day that turned out to be entirely staged.

Prince Harry has yet to meet his future father-in-law, and now it looks like he may not for some time.

Meanwhile, who will give away Meghan at the wedding?

Thomas Markle, a former television lighting director who worked in Hollywood for years, now lives in a small beach city called Rosarito in Mexico. Although it was previously confirmed by Prince Harry’s press secretary that both of Meghan’s parents would play a role in the wedding, now everything is uncertain and Thomas is inadvertently making front-page news in Britain.

Meghan is reportedly making “eleventh-hour calls” to persuade him to walk her down the aisle, but he is claiming that his “poor health” prevents him from coming. He suffered a heart attack six days ago.

“Meghan is like any other bride, she wants her father to walk her down the aisle,” says a friend.

Meghan Markle’s Dad, Thomas Markle was at Starbucks looking at photos & reading more about Great Britain. His daughter is going to marry a Prince! This must be pretty exciting for their whole family, on both sides. Many blessings to them! #EndlessVoicez pic.twitter.com/y4jxdY3sPE

Other reports are saying that Thomas has yet to hear anything from his daughter:

“Markle himself has told TMZ—the only outlet in which he has chosen to confide—that he has not heard from Meghan.”

Thomas told TMZ on Monday that he would not attend the royal wedding because of the negative media attention he received after the staged paparazzi photographs of him were published in the Mail on Sunday. He reportedly took money in exchange for the photos.

One of the staged photos featured the 73-year-old sitting at a computer reading a news story about Meghan and Harry. Previous photos featured him reading a book about London at a Starbucks, getting fitted for his wedding tux, and working out outside.

Meghan wasn’t happy to find out he had been working with the paparazzi so close to her wedding. One source said she was “upset and disturbed by the entire ordeal.”

Samantha Grant, Meghan’s estranged half-sister, took credit for encouraging her father to take the photos in a now-deleted Tweet:

“The bad press over my father… is my fault. The media was unfairly making him look bad so I suggested he do positive photos for his benefit and the benefit of the royal family. We had no idea he would be taken advantage of. It was not for money, ” Samantha wrote on Monday, May 14.

Thomas now claims that photos were “stupid and hammy,” and is “devastated” that he embarrassed Meghan.

According to Vanity Fair, Meghan’s mother, Doria, is likely to walk her daughter down the aisle in Thomas’ place. There is no royal protocol against it. Another possibility is that Prince Charles would serve as a stand-in.

The paparazzi seem to be once more causing serious headaches, not just for the royal family, but also for their extended families. It’s hard to imagine the scrutiny they are all placed under as the spectacle of the wedding approaches. It would be enough to stress out any human being, so we wish Thomas good health.

We also send Prince Harry and Meghan Markle our very best wishes for a beautiful ceremony, and a happy life together.

See more in the video from Guardian News below:

More from Inside Edition below: