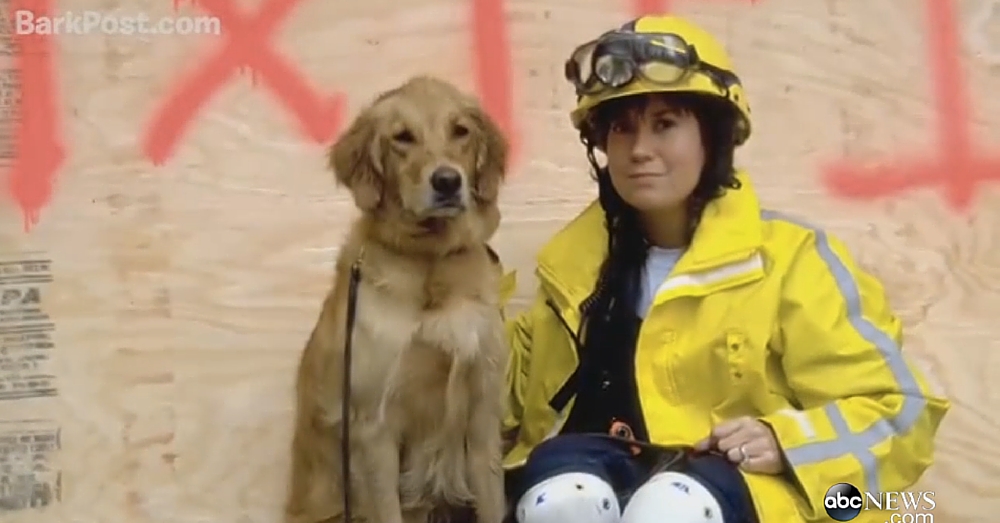 Golden retriever Bretagne (BRIHT’-nee) was the last known living 9/11 search dog. Sadly, she has passed away at the ripe age of 16.

Bretagne was just 2 years old on September 11, 2001, when she and her handler, Denise Corliss, were sent as part of the Texas Task Force 1 to the World Trade Center site in Lower Manhattan where a terrorist attack had leveled the buildings. For 10 days they scoured the scene, searching the rubble for any human remains.

Serving as more than just a rescue dog, Bretagne became a comforting and therapeutic presence for those working at the site. Corliss recalls a time when she told the dog to sit, but Bretagne ignored her and went over to a firefighter who was sitting on the ground. “I was surprised that she wasn’t listening to me, but she really wasn’t — it was like she was flipping me the paw,” Corliss said. “She went right to that firefighter and laid down next to him and put her head on his lap.”

In addition to her work after the 9/11 attacks, Bretagne responded to multiple disasters across the country, including Hurricane Katrina and Hurricane Rita.

Bretagne retired from active duty when she was 9, but served as an ambassador for retired search and rescue dogs, often visiting elementary schools. In 2014 she was nominated for a Hero Dog Award from the American Humane Association.

Knowing she was suffering and it was time for her to go, Corliss made the difficult decision to euthanize Bretagne on Monday.

About two-dozen first responders lined the sidewalk leading into the veterinarian’s office. They saluted Bretagne as she walked by them for the last time. As she was carried out of the facility later, an American flag was draped over the canine hero’s body.

A statement from the Cy-Fair Volunteer Fire Department, where the golden retriever was a member of the crew, said, “Some may say that the most a dog could be is a pet. However, to the over 400 members of the Cy-Fair Volunteer Fire Department, Bretagne was a civil servant, a hero and is family. We will remember her fondly, and continue serving the community with her as inspiration.”

Were you glad to see this canine hero honored in such a way? So share this!