Landlord Gets Perfect Revenge On Bad Tenants, Shows Up At New Home With Mess They Left Behind 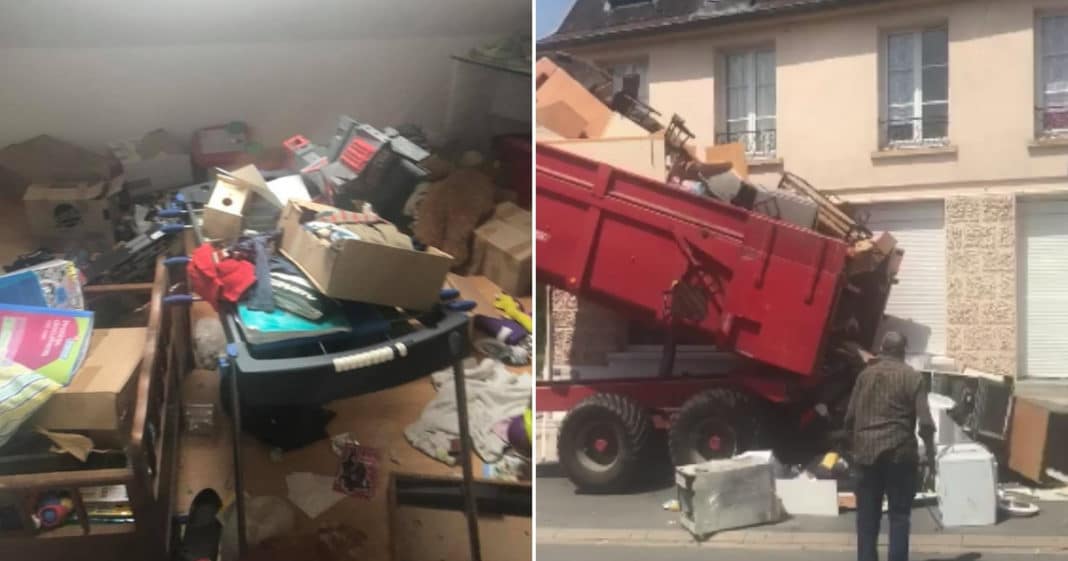 There is no shortage of TV shows, movies, and even news stories that talk about rude landlords. It’s almost a punch line, the complaints about landlords are so frequent. What doesn’t get discussed quite as much is that there are some tenants out there who can be a nightmare for landlords.

A French landlord recently had the shock of his life when he went to try to collect rent from a tenant. Thomas Ravaux, from Rozoy-sur-Serre, France, found a filthy apartment that is not even fit for animals, much less human beings, and worse: children.

As it turns out, the family left the property without notice a year ago and never turned in their keys. Rent had not been paid for 14 months.

But Ravaux got his sweet revenge. Watch this video of him backing his dump truck up to their new building and dumping the disgusting mess of garbage at the doorstep of the horrible tenant’s new home. He captioned the video “Return to sender” on his Facebook page.

Here are some of the photos of the disturbing mess that Ravaux found.

This looks like a child’s easel with what looks like an overflowing litter box full of cat feces. Not only is this disgusting, but it’s definitely a health hazard for any human being. It’s very disturbing that children were playing right beside this. 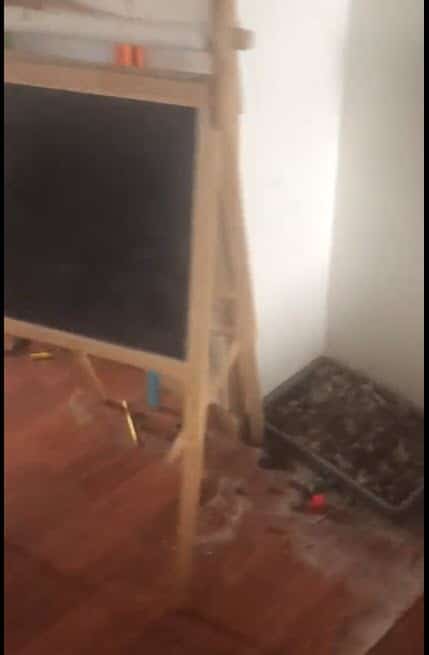 One of the things that the landlord had to say was that he was disgusted at these people for raising children in this environment.

“Living like that with three kids, bravo. Shame on you.”

It’s impossible to even imagine how they were cooking in this kitchen. How could they even get into the kitchen? 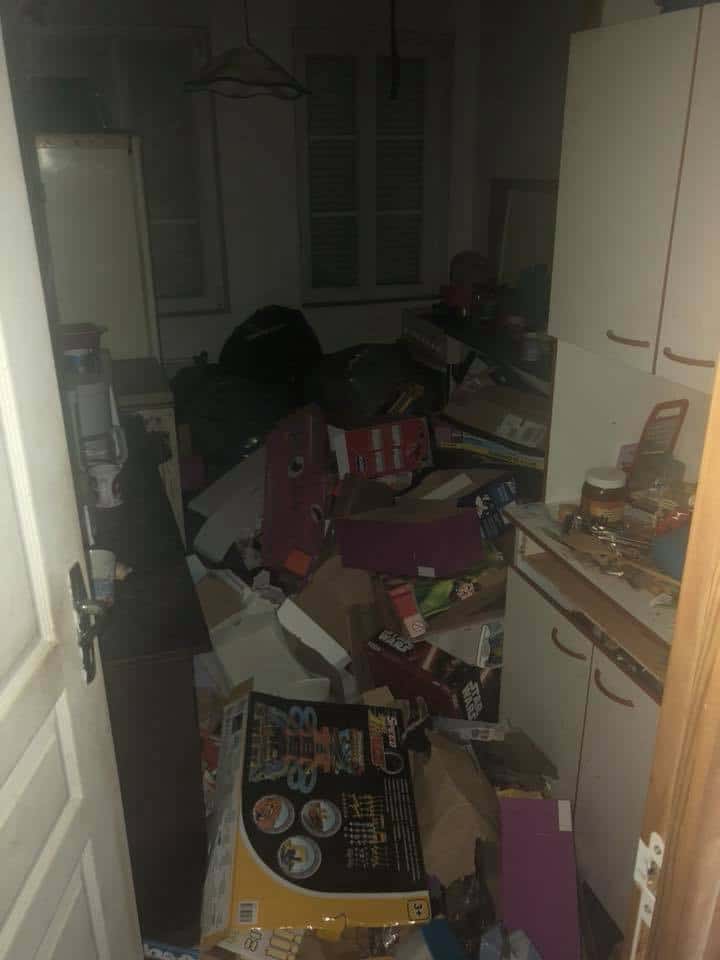 It’s equally impossible to know how they were bathing or even going to the toilet in this bathroom. 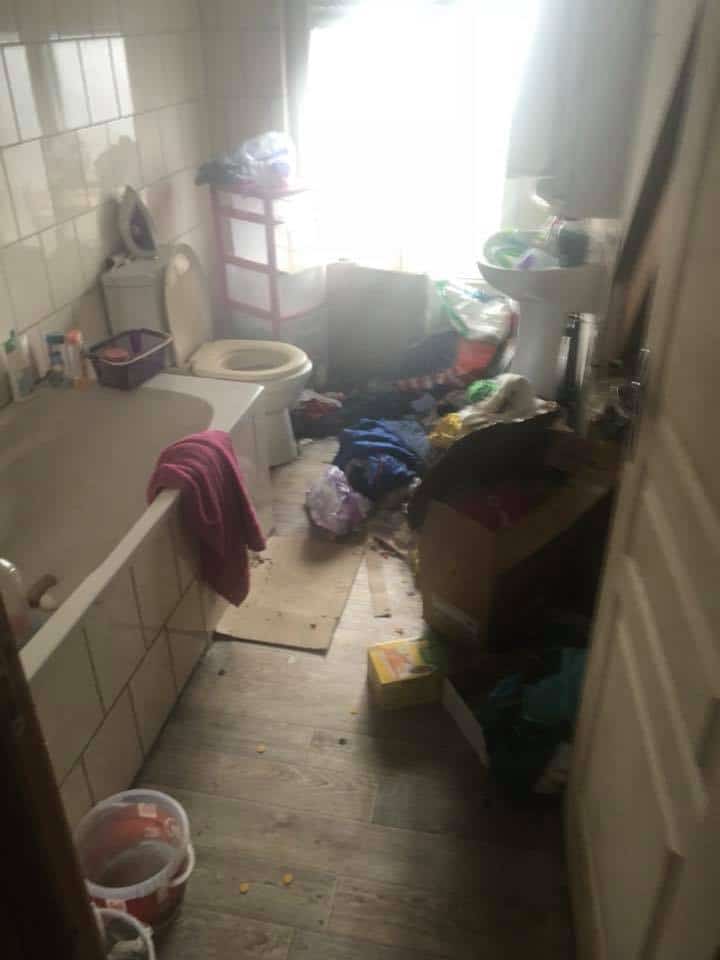 They even left holes in the walls. 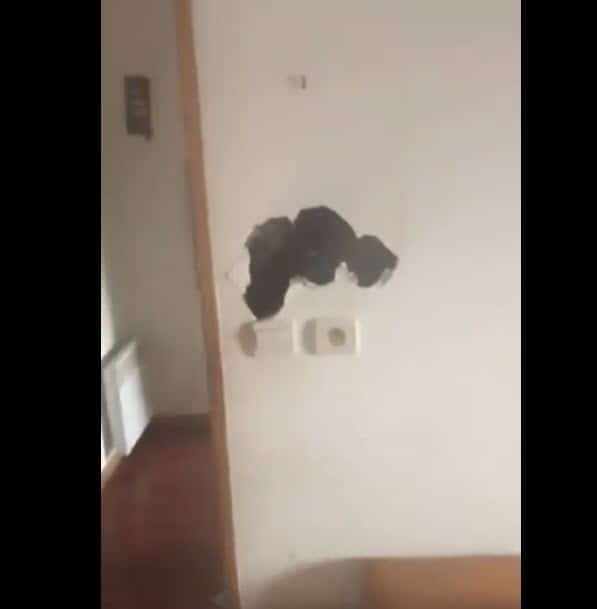 You can see on Facebook Ravaux’s video of the walkthrough when he first went into this filthy apartment. Fair warning: it may be the most disgusting human dwelling you’ve ever seen.

“This is how this flat was returned to me.”

Ravaux offered some sympathy to the new landlord of this family.

“Good luck to your new landlord.”

Revenge is a dish best served cold, but we have to admit that these people may have had it coming.