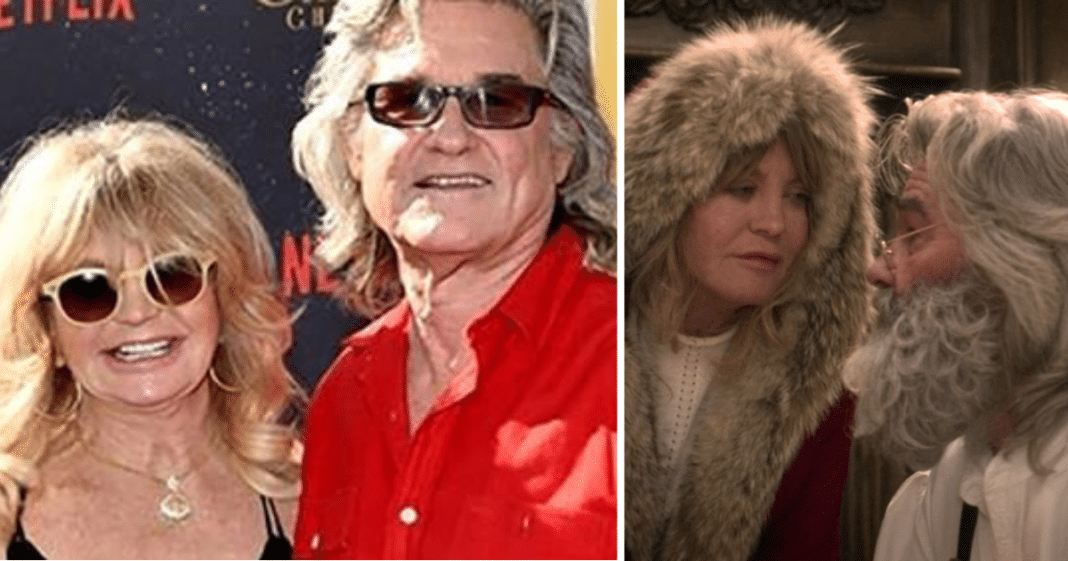 Three generations of Kurt Russell and Goldie Hawn’s extended family recently walked the Red Carpet in Los Angeles for the premiere of the Netflix hit movie, “The Christmas Chronicles.” The movie has skyrocketed in views, with 20 million views in the first seven days.

You can watch the instant classic dubbed “Holiday Movie of the Year” by critics on Netflix today. Russell grew out his his hair to get just the right look for the role.

Russell was excited to play a “definitive real Santa Clause” based on the history of the bishop of Myra, born circa 280 AD. St. Nicholas became known as the “protector of children and sailors and was associated with gift-giving.”

The actor was honored to portray such a famous historical figure.

“His legend and his myth and all the lore around it grew and its lasted for 1700 years.”

“There’s very few figures in our history that we can point to and say that about,” said Russel.

New holiday movie with Kurt Russel "The Christmas Chronicles" turned out to be great! I haven't seen good holiday movie in a long time. I recommend to watch it! #FilmTwitter pic.twitter.com/TAVLJUUpUZ

Russel says playing Santa is something his father enjoyed too.

“When the script I was very excited about it and I suppose the reason is, my dad, he was just the greatest Santa,” said Russel.

Russell is joined by several family members in the film, including an exciting cameo appearance by Goldie Hawn as Mrs. Claus. It’s the first time the couple has appeared together in a film since Overboard in 1987. Look for Mrs. Claus when Santa returns to the North Pole at the end of the film.

The couple generally avoids working at the same time, which is something they say has helped keep them together all these years.

“I very rarely worked when I knew Goldie was going to be working. And vice-versa. Which meant we could be together,” he said.

Russell says he puts his relationship with Hawn over his successful acting career.

“I never thought that what the business could provide would ever take precedence over us.”

Their son, Oliver Hudson appears as the late father to two children in the movie. In another cameo, the couple’s grandson, Bing Bellamy, asks for presents from Santa in a video.

There are some “easter eggs” in the movie that Russell said he was excited for his kids to see at the premiere. Bellamy and his older brother, Ryder Robinson’s names are called out in one scene, as Santa delivers presents.

On the Red Carpet, Oliver Hudson recalled how Christmas changed forever after Kurt came into his life as a child.

“Kurt came into our lives when we were six years old and that first Christmas – Christmas changed. It went from Christmas, which was always great to an event, and it’s been that way ever since,” said Oliver Hudson. “It’s a really special time for us.”

“Santa is the centerpiece of Christmas.”

“This time of the year for our family is like everybody else. It’s especially great for our children. It’s a great time for all of the families to be able to get together and spend some real good time together,” said Russell.

Spending time together at the holidays is a chance for sharing a wide range of emotions and memories. The family embraces them all.

“You have everything that goes with it: meltdowns and laughs and great memories and tears because it just brings back everything,” said Russell.

For a sneak peek, watch the trailer from Netflix below: