Koala Trapped In Tree As Floodwaters Rise, Then Man In Canoe Paddles By 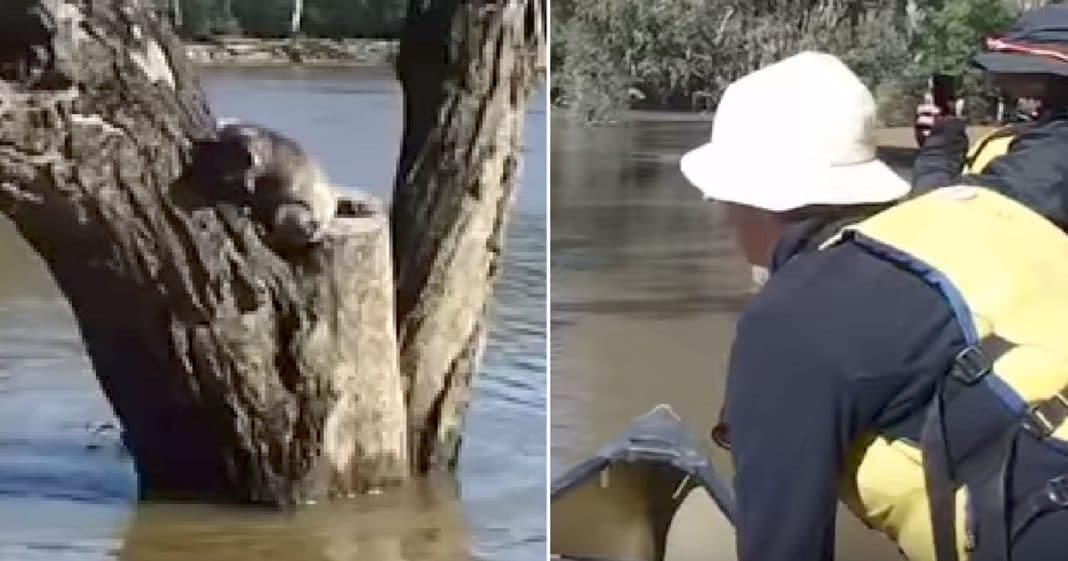 This is one rescue you won’t want to miss! University students were out for a day of canoeing near Ulupna Island, near the border of New South Wales and Victoria in Australia. The young canoers were part of a four-day program called River Environments. During the trip, the students learned how to become river guides.

As they paddled along, the students noticed a koala bear in a gum tree. At first, they weren’t sure if the koala was actually stranded or not, but then it started eyeing their canoe.

Kirra Coventry, who captured it all on video, explained that “[o]ne of the guys was paddling past the tree and the koala was eyeing off the canoe and looked like he was going to try and jump on.”

“It must have been out there for a couple of days,” said Chis Townsend, an environmental professor at the university.

Coventry added, “When he got off onto the shore you could see his back legs were wet, so we think what had happened was that he climbed down and tested the waters.”

The students are grateful for this unique interaction with the koala – it was the perfect addition to their experience with the program.

“If we can have some sort of interaction with nature, that’s non-invasive and doesn’t disrupt the environment … this is exactly what we’re looking for,” Professor Townsend said.

Though koalas are not rare, it is not often that students get to have such an up-close and personal experience with one.

“It’s not that often we have a close relationship to an Australian native animal — it’s quite a rare thing. It’s a beautiful thing,” Townsend said.

Were you happy to see these students rescue the stranded koala? So share this!