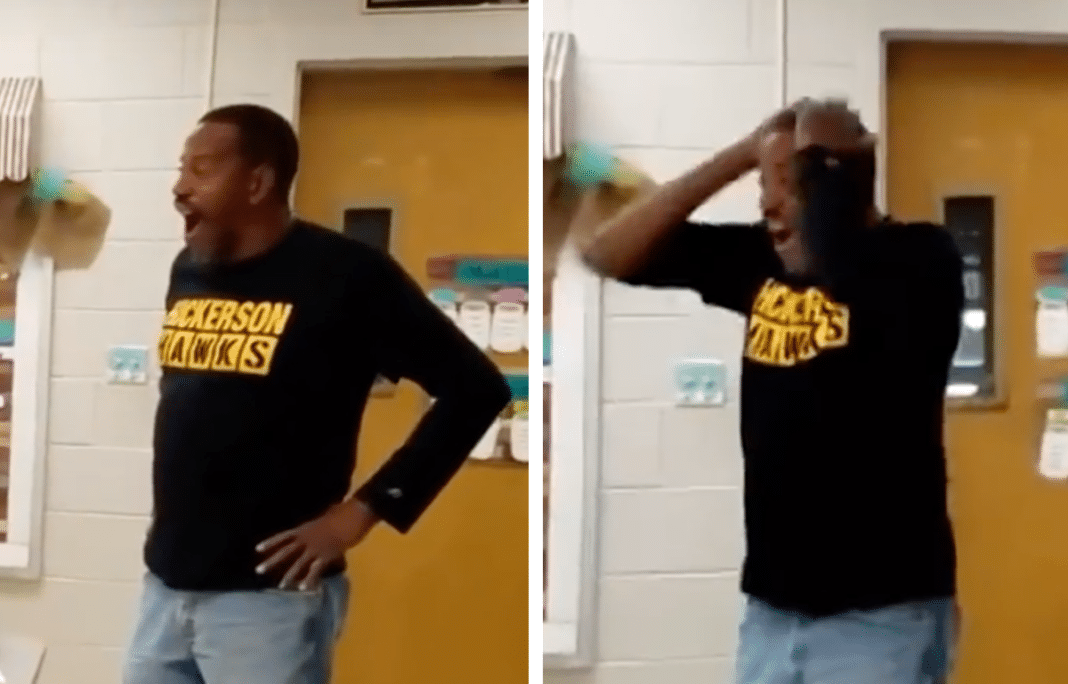 A custodian at Hickerson Elementary School, southeast of Nashville, performed the sweetest “Happy Birthday” song for their custodian of two decades, James Anthony, or “Mr. James” as the kids refer to him. He turned sixty years old, and they wanted to sing for him, but he also happens to be deaf. They happily learned how to do it in sign language.

A teacher called Mr. James into the room under the pretext that there was a mess to clean up. Then the student shocked him by singing and signing out the song in sign language.

“We were all in tears because it was just amazing when they were so excited,” said one of the teachers. 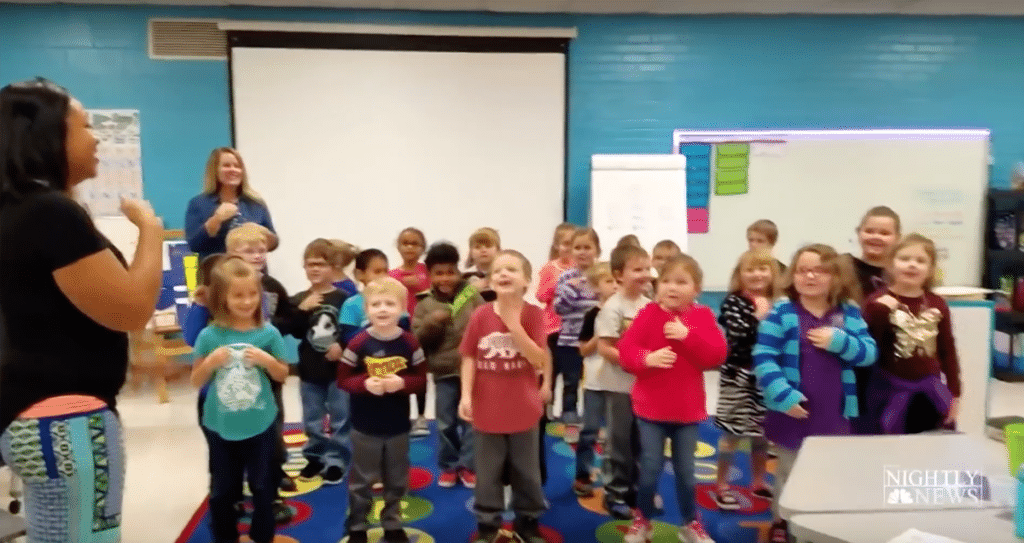 Anthony was also overwhelmed with emotion, and his reaction is priceless. 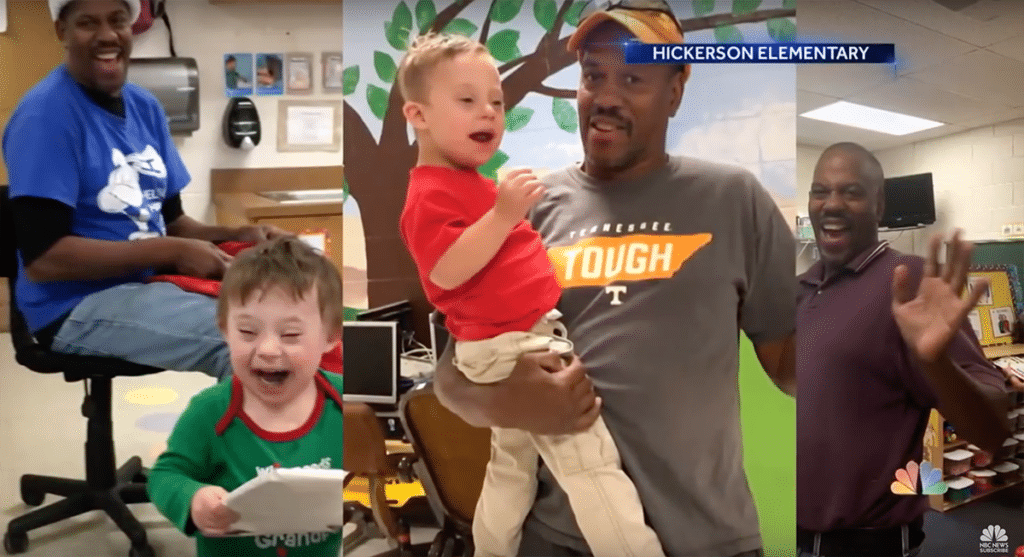 James Anthony or “Mr. James” with the student via YouTube

See the video from NBC News below:

It’s not the first time students in the Nashville area have given a special thank you to their school custodian. In 2015, the entire Nashville Elementary School gave a big thank-you to Mr. Patton. He was called to the gymnasium for “a major spill,” but when he got there, he was shocked to see that the entire school had assembled.

It’s beautiful to see these kids showing appreciation for the men who work so hard to keep their schools in top form.