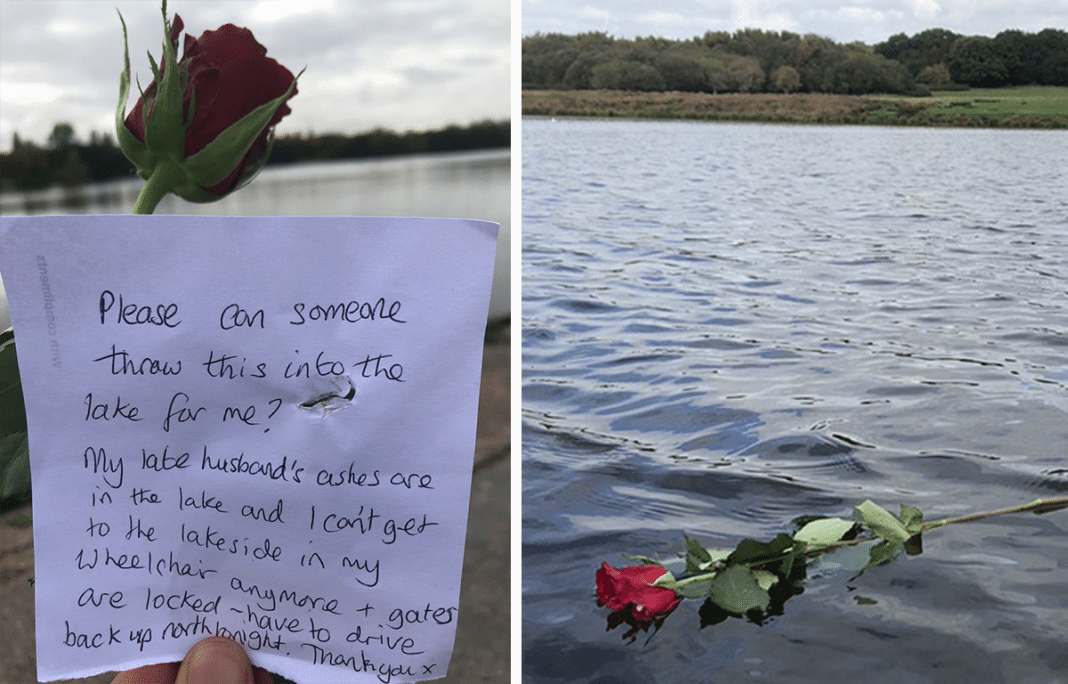 Kids in a rowing team went out to practice at the lake when the coach found a note at the gate. Someone had traveled to the lake to pay respects to their late husband. His ashes had been released into the waters, and they wanted to remember him by setting a red rose adrift. However, when they arrived, they found a locked gate.

The note, attached to a red rose, read:

“Please, can someone throw this into the lake for me? My late husband’s ashes are in the lake and I can’t get to the lakeside in my wheelchair anymore and gates are locked – have to drive back up north tonight. Thank you, X” 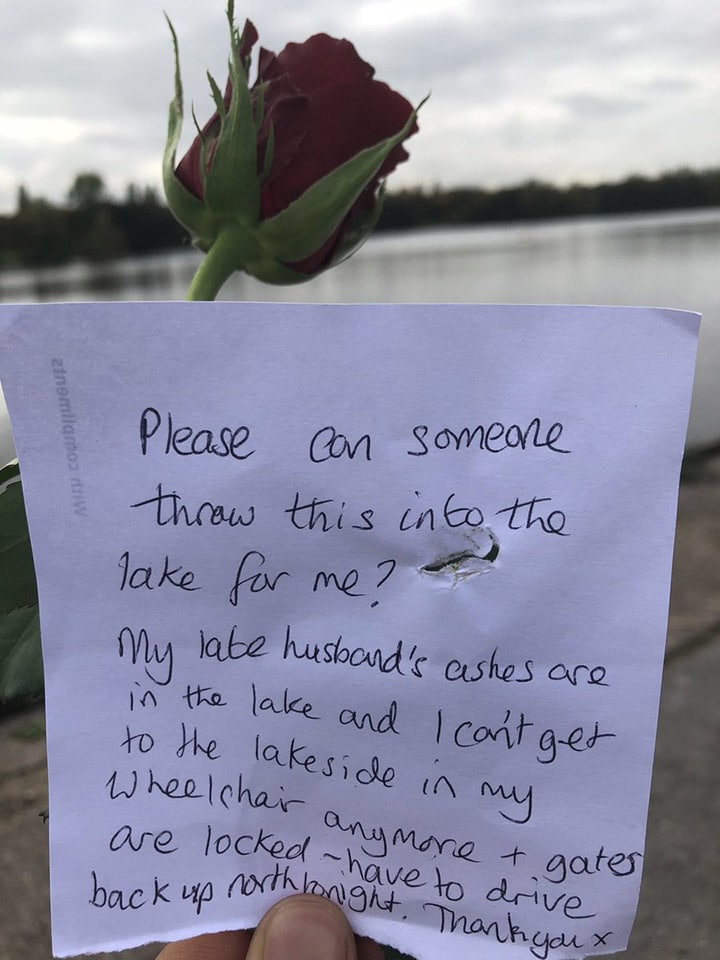 The Bishop Vesey’s Grammar School Rowing Club didn’t know who this person was, but they wanted to let them know their important request had been fulfilled. The rose made it into the waters of Powell’s Pool in Sutton Coldfield, U.K. The team owner, Ian Bousfield, posted pictures and a message on Twitter hoping that the message would reach its intended recipient. The sweet message went viral, reaching over 54K Retweets and traveling across the globe.

“This note was left on the gate at the water this afternoon. No name or number left but whoever you are, rest assured your rose is in place in the middle of the lake.”

This note was left on the gate at the water this afternoon. No name or number left but whoever you are, rest assured your rose is in place in the middle of the lake. pic.twitter.com/GAQcbQRSZJ

There were over a thousand comments. Many people expressed how touched they were by the simple gesture, even to the point of crying. Others noted that they wished the lake had been accessible for people in wheelchairs, and how often those with disabilities are forgotten. Almost everyone wished that they could know for sure that the person in question had seen the post so they knew their wish was fulfilled.

One person suggested replacing the note with one of their own so the person would see it when they returned.

Multiple people expressed that the rowing club had restored their faith in human kindness:

“When reading this, It’s very reassuring that we still have some humanity and hearts of kindness left in the world. This has really brought a few tears of happiness to my eyes.”

Meanwhile, the Grammar School honored Mr. Bousfield in their newsletter:

“Our hearts have been brightened at the end of this week with a beautiful story of kindness from our Head of Rowing and Head of Year 9 Mr Ian Bousfield.”

The humble Mr. Bousfield was shocked by the strong response.

“Typically the unassuming Mr Bousfield is slightly baffled by all the fuss but to us, as a community, his actions are heroic and we are very proud of him.”

The Sun noted that Dominic Robson, the headteacher of the Grammar School, said that “Ian’s ‘lovely gesture’ was ‘just typical of the man.'” 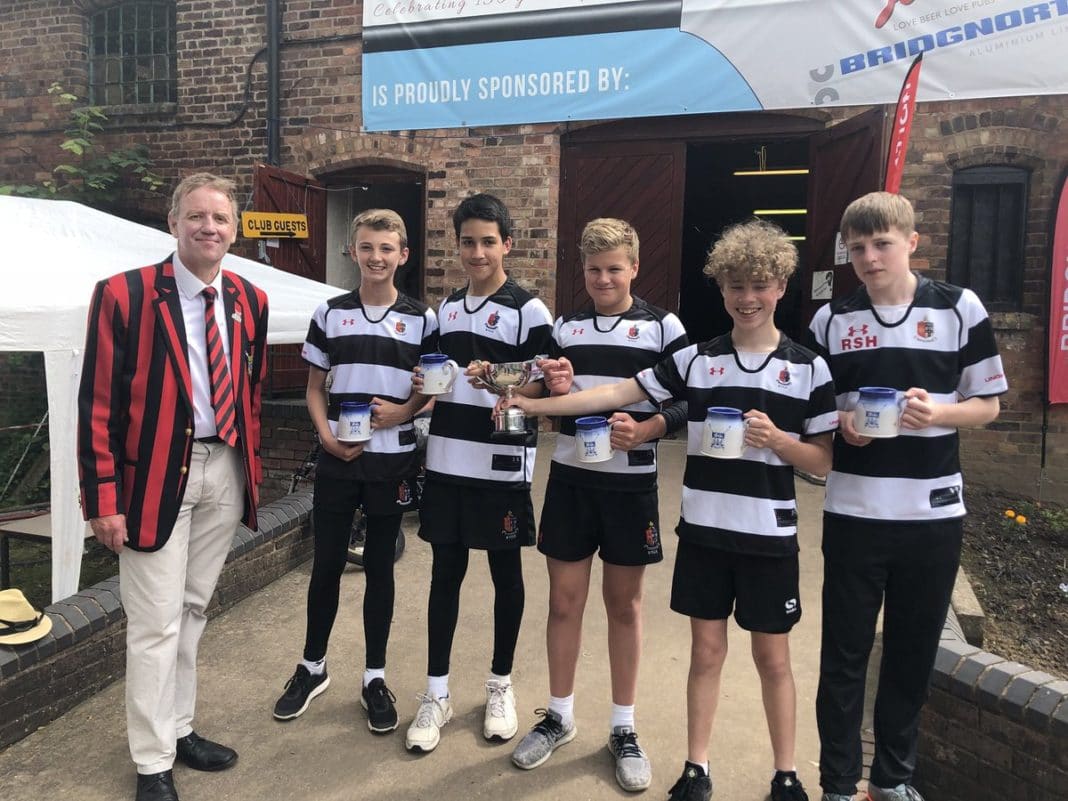 Since then, the rowing team continues to post uplifting messages.

Another full day of rowing as usual but worth stopping for a second to recognise world mental health day, remember to look after each other, talk, and be kind. #WorldMentalHealthAwarenessDay #noproblemtobig #Nomountaintoohigh pic.twitter.com/8J2TnuKmXh