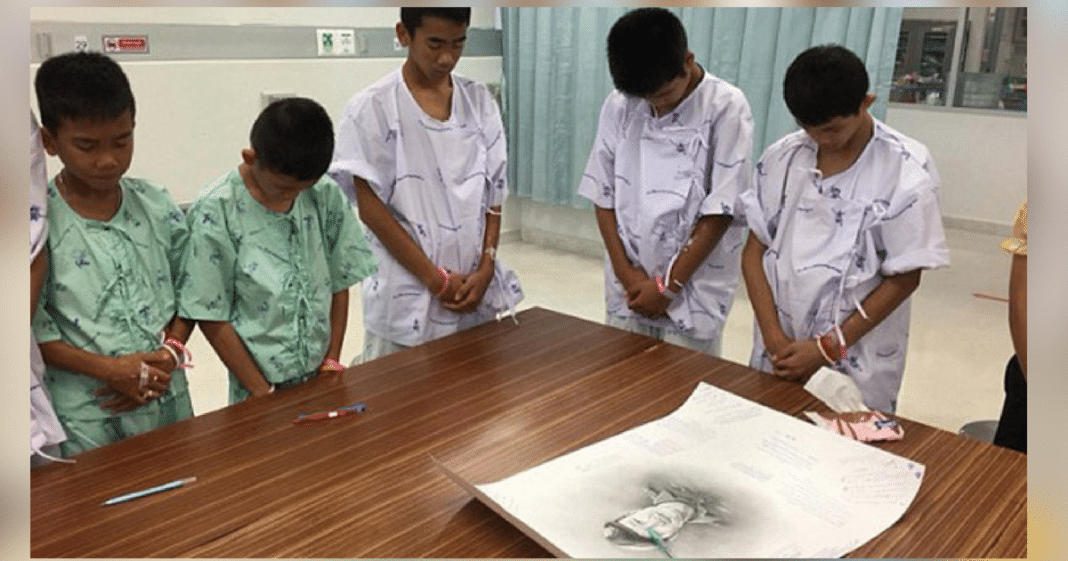 The 12 kids and their 25-year-old soccer coach who were rescued from the Tham Luang cave network in Thailand after nearly three agonizing weeks have finally been informed about the 38-year-old man who gave his life in the rescue efforts. Former Navy Seal, Saman Kunan died while trying to distribute oxygen tanks along treacherous passageways that took five hours to navigate.

Doctors finally decided the boys were well enough to hear the news of Kunan’s passing.

When the boys, age 11 to 16, learned about his sacrifice so they would live, they welled up with tears and expressed their gratitude for what he had done for them.

“All of the boys cried and were in tears when they found out,” said Dr Jesada Chockbamrungsuk.

They held a remarkable sketch that they made to honor Kunan. 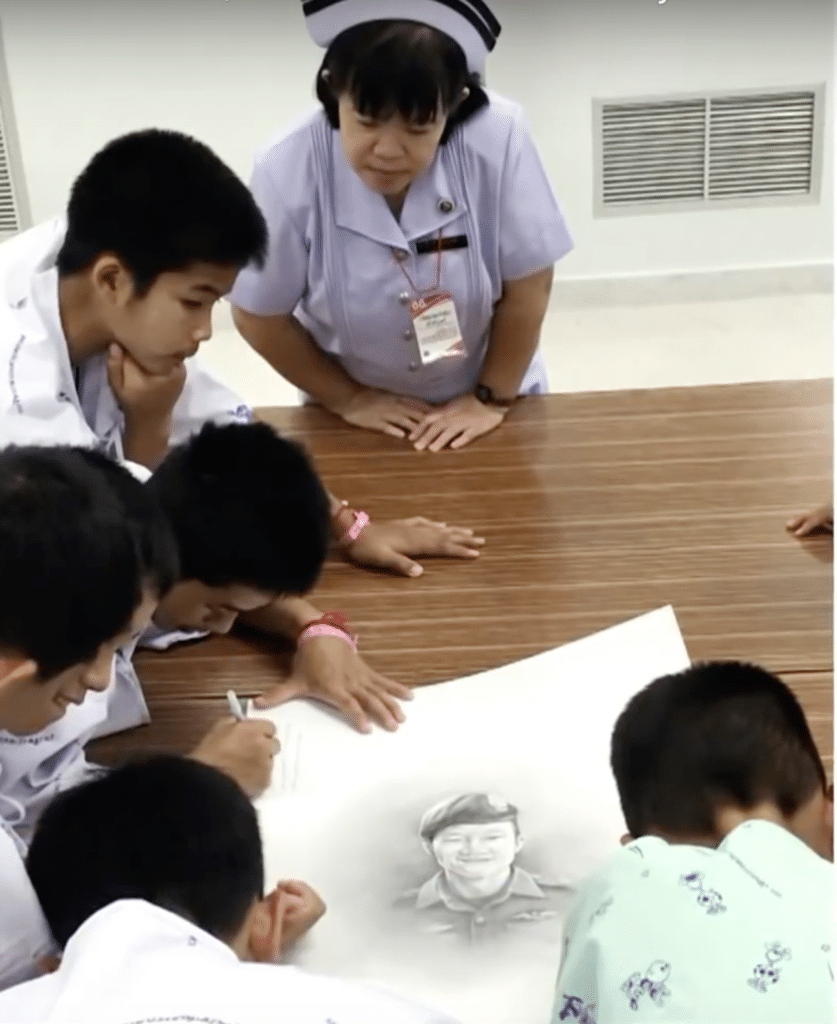 The kids draw the fallen hero. 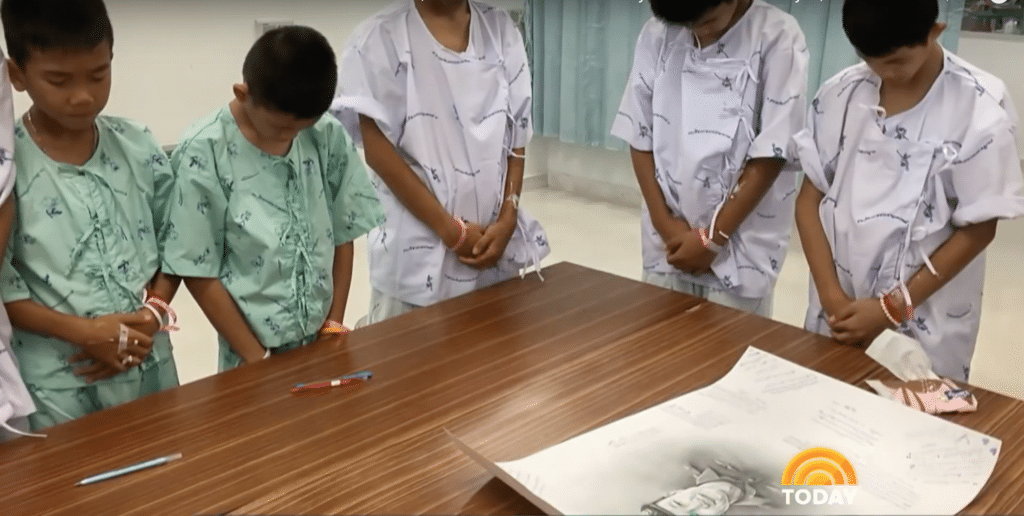 The kids bow their heads for Saman Kunan.

The Wild Boars soccer team has paid tribute to Thai Navy SEAL Saman Gunan by sketching a portrait in his memory. #9News https://t.co/jbr11pOC78

On Sunday, there was an enormous offering ceremony at the cave entrance for Saman attended by the family of those rescued and the many thousands of volunteers who made the rescue possible.

Kunan was honored with a state funeral on Sunday, where he was posthumously promoted to Lieutenant Commander and was awarded the Knight Grand Cross (First Class) of the Most Exalted Order of the White Elephant medal.

Kunan’s wife and father shared their memories about Saman in the video below:

Saman Gunan's wife and father tell us about the man who died helping the 12 missing boys and their coach trapped in a cave in Thailand pic.twitter.com/CzFd61MXhM

More footage has emerged of Saman Kunan right before his tragic death. He was confident the rescue would be a success.

“We will bring the kids home,” said Kunan.

Meanwhile, the Tham Luang cave has been sealed and will remain that way for months. There are plans for it to become a museum to inform visitors about the world-famous rescue of the Wild Boars soccer team. There is also talk about a Hollywood movie.

See more in the video from TODAY below: