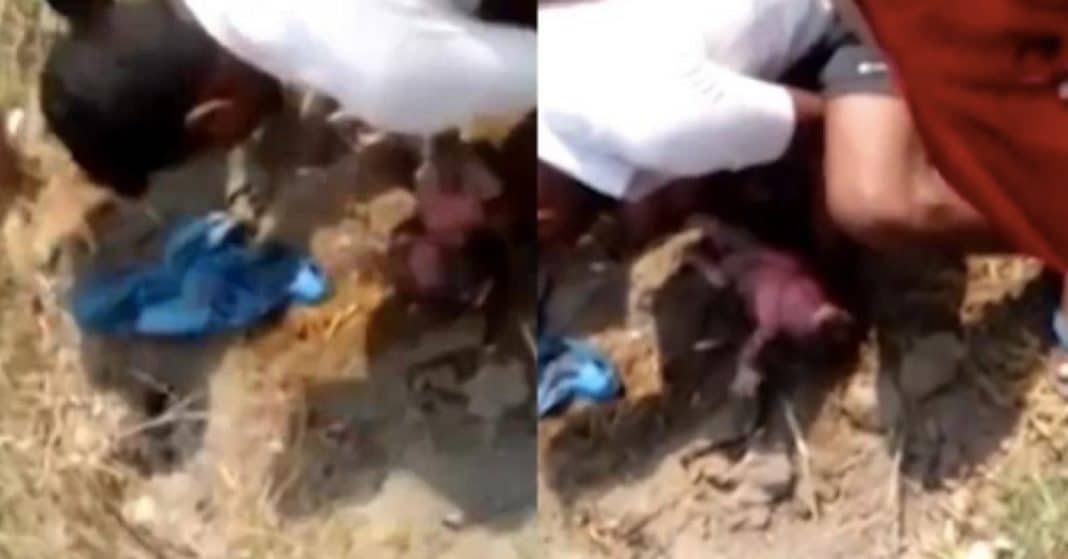 When kids start playing together, it is easy for them to become so engrossed in what they are doing that they become oblivious to what is going on around them. Thankfully, these two young children paid attention and followed their instincts, and their actions ended up saving a life.

The children were playing together outside in KwaDwesi in the Eastern Cape of South Africa when they heard a strange noise. As they listened closer, they realized the eerie sound was coming from some nearby bushes.

Curious, they walked over to the bushes, and what they found left them stunned. A three-day-old baby boy had been dumped in the middle of the bushes and covered with soil.

Thankfully, these children had the wherewithal to alert the authorities, and police quickly came to the baby’s rescue.

“Two children playing in the bushes heard the cries of a baby in the bushes and found a baby boy who was partially covered in soil,” said police spokesman Captain Andre Beetge. “They alerted the police and the baby boy was taken to Dora Nginza Hospital where he is recovering and being cared for.”

It’s hard to imagine what could make a person do something like this to an innocent baby. Maybe the mother was afraid or pressured, maybe she was suffering from post-partum depression.

Thankfully, despite his traumatic beginning, this baby boy is recovering and has a bright and hopeful future ahead of him.

Were you glad to see that these children followed their curiosity and found the baby? So share this!