Kidnapper Snatches Baby And Runs, But What His Siblings Do Next? These Kids Are Heroes 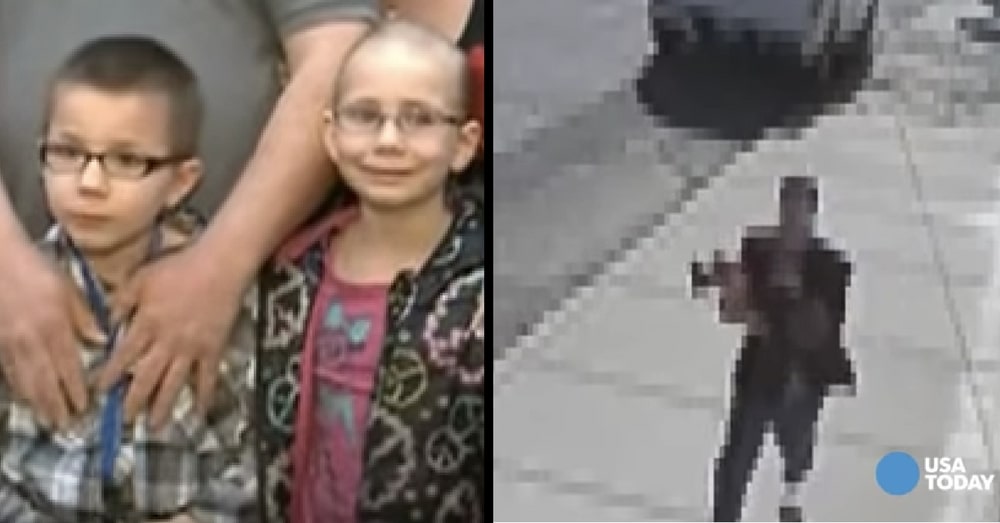 Siblings Delicia, 8, and Brenden, 10, were playing with their 22-month-old baby brother Owen at a park near their babysitter’s house when the unthinkable happened. A kidnapper snatched baby Owen and started running.

It was a moment of terror and panic, but thanks to Delicia’s quick thinking this story has a happy ending.

Security footage captured the 15-year-old kidnapper running down the road with Owen in his arms. What he didn’t expect, though, was for the toddler’s siblings to give chase.

Delicia took off after the kidnapper, screaming as she ran.

“This little girl come running around the corner screaming her head off,” said Dorothy Giddings, who witnessed the terrifying scene.

Delicia’s screams caught the attention of two other teenage boys, Andrew Crain and Isaac Yow, who also began to give chase.

Thankfully, after hearing the screams and realizing he was being followed, the kidnapper got scared and left Owen in an empty lot.

“I told that little girl, I said, ‘Honey, you did exactly what you needed to do — scream your head off,’” Dorothy said later. “That’s what saved that baby. Her screaming and us running.”

The family was left shaken, but thankful that Owen was not harmed and they are all back together again.

“How precious for your kids to do the right things on an everyday basis,” said their dad, Michael Wright, “especially the love that they have for their little siblings. It’s just awesome.”

The kidnapper was apprehended and later sentenced to 56-70 weeks in juvenile detention. He will also have to register for the state’s sex offenders and kidnappers registry.

Were you impressed with these kids’ quick thinking and heroic actions? So share this!