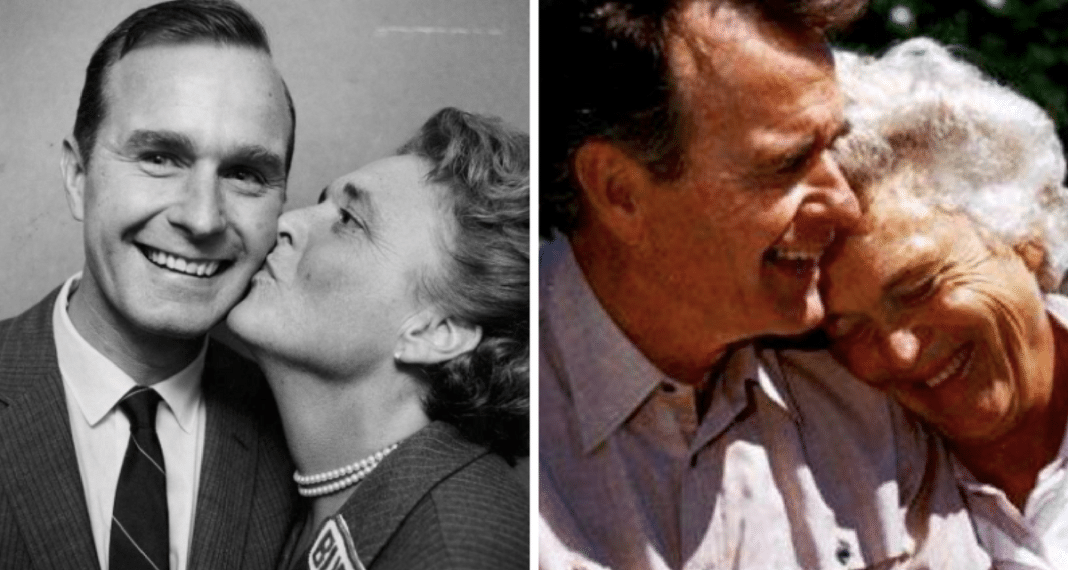 The private, invitation-only funeral for 92-year-old former first lady Barbara Bush was held at St. Martin’s Episcopal Church in Houston on Saturday, April 21st. Bush was the mother of 5 children, grandmother of 17, and great-grandmother of 7; she was wife of the 41st President of the United States and mother of the 43rd President. Hundreds gathered at the church including current first lady, Melania Trump, former presidents Bill Clinton and Barack Obama and their wives, Hilary Clinton and Michelle Obama.

During the service, the former first lady’s granddaughters read scripture which resonated with their beloved grandmother and her way of life. Jenna Bush Hager was among the granddaughter’s of Bush to read from Proverbs 31.

“Strength and dignity are her clothing,” a steady-voiced Bush Hager read. “And she laughs at the time to come.”

Barbara Pierce Bush, Jenna Bush Hager’s sister, read scripture from 2 Corinthians chapter 4, “Though our outer self is wasting away, our inner self is being renewed day by day,” Pierce Bush read.

Son and former Florida Gov. Jeb Bush spoke about his mother’s humor and the family’s last moments with her. “We learned not to take ourselves too seriously, and that humor should be enjoyed and shared,” he said.

Before her passing, Barbara and her son were able to have a frank conversation about death. She declared her firm belief in Jesus Christ. She knew she would be in heaven very soon.

“I don’t want to leave your dad but I’m going to a beautiful place,” Jeb Bush recalled his mother saying. He ended his eulogy by saying how everyone was looking forward to seeing Barbara in heaven, along with Robin, the Bush’s daughter who died of leukemia at just 3-years-old.

Ganny was truly a one-of-a-kind, tell it like it is, amazing woman! My love of reading, puzzles, and travel are just a few things she helped foster in me. She loved my Gampy and her family fiercely, and I feel so blessed to have had her as my grandmother for over 30 years. Rest in peace Ganny, we love you!

Though this is a time of sadness and grief for the Bush family, there is also happy news to share. Just two days after Barbara’s death on April 17th, her granddaughter Lauren and husband David welcomed their second child, a boy they named Max Walker Lauren. Max weighed 7 pounds 8 ounces and was born just after 5 in the morning.

On friday, Lauren posted this loving tribute to her grandmother on Instagram. “My love of reading, puzzles, and travel are just a few things she helped foster in me. She loved my Gampy and her family fiercely, and I feel so blessed to have had her as my grandmother for over 30 years,” Lauren wrote.

Niel Bush thought God had a part in bringing Max into the world so quickly after Barbara’s death. He commented how life is a circle and cycle. “Maria and I will always be grateful for being able to say a proper goodbye to our wonderful mother. And then two days later, yesterday morning, two weeks before her due date, Lauren Bush gave birth to a beautiful 7 lb 8 oz baby boy Max Walker Lauren,” he wrote on Facebook.

He concluded, “The circle of life. God is good.”