Judges Scoff When He Says He’s Making Up Audition, But What He Does Next Changes Everything 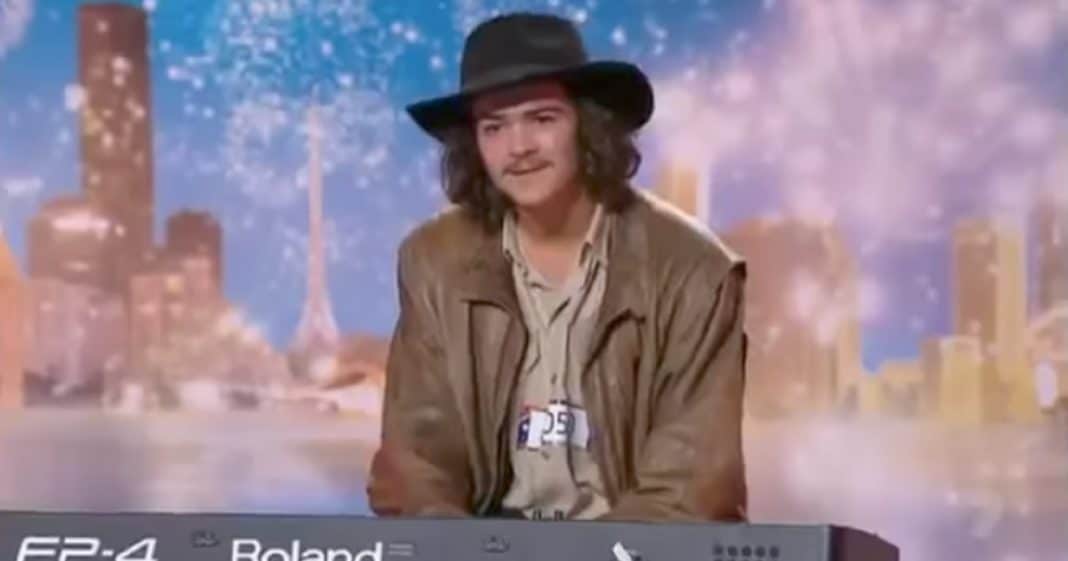 This day and age, most teenagers have their own cell phones and electronic toys. But not this young man – the farmhand from Down Under grew up with no computer or television!

Self-taught piano player Chooka Parker, 16, from Red Lion, Victoria, Australia, shocked the judges when he walked out on stage at Australia’s Got Talent and explained he would audition by performing an impromptu piece that he would make up right then and there.

“I’m just going to play the piano. I’m going to make it up on the spot,” he told them.

Say that again? As in he’s going to make up his audition as he goes along for one of Australia’s most famous live shows? That’s correct!

Even the thought of it made the judges pause and scoff. While the audience gasped and mumbled, the judges looked at each other in shock and confusion.

Chooka, a self-confident teenager, admitted in a pre-performance interview that he did have some doubts about his audition. “I’ve never performed on stage before. I’m quite nervous about what I’m going to do,” he said.

While that may sound like a terrible idea, don’t turn away just yet. Wait until you have a listen to the performance that caused one judge to tear up and the others to comment, “He’s quite amazing!” and, “Unbelievable!”

While being given a standing ovation by all three judges and the audience, Chooka looked relieved and a big smile covered his face.

“Chooka, what you just did, you can’t even teach somebody that,” judge Brian McFadden said in disbelief.

Absolutely unbelievable! Chooka is truly something special and we’re sure he has a bright future ahead of him!

Were you amazed by this piano prodigy’s incredible talent? So share this!