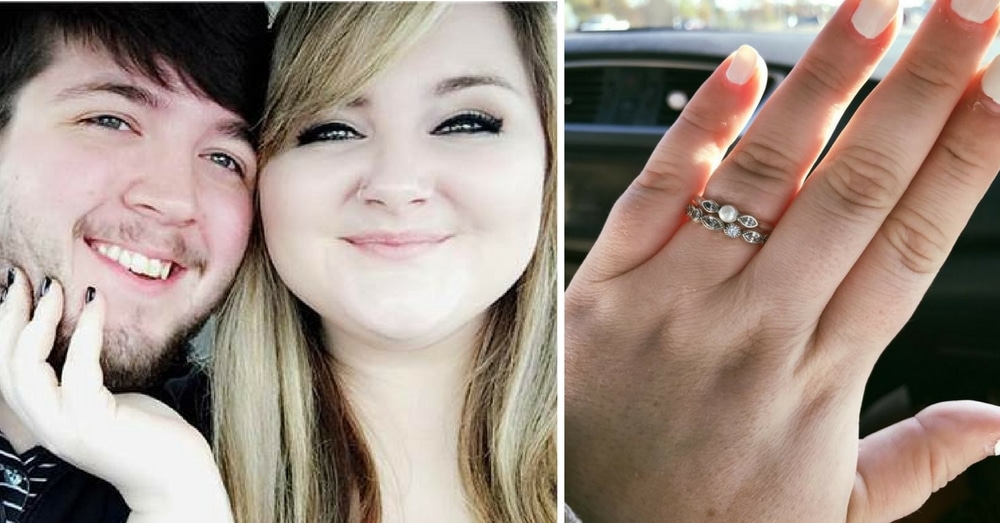 Ariel and Quinn McRae had been dating for almost two years and, even though times were tough and money was tight, they decided they didn’t want to wait any longer to get married.

Ariel told Quinn she didn’t need him to buy her a ring, but he insisted. He scraped together enough money to buy her two matching rings from Pandora.

While they were at the jewelry store picking out the rings, though, one of the sales people walked over and said something that cut Quinn like a knife.

“Y’all can you believe that some men get these as engagement rings?” she asked. “How pathetic.”

When Ariel looked over at her fiance she saw his face fall.

“He already felt bad because he couldn’t afford the pear-shaped set that so obviously had my heart and covered my Pinterest page. He already felt like a failure, asking me again and again ‘Are you sure you’ll be happy with these? Are you sure this is okay?'” Ariel wrote in a now-viral Facebook post. “He was so upset at the idea of not making me happy enough and of me not wanting to marry him because my rings didn’t cost enough money or weren’t flashy enough.”

While Ariel wanted to tear into the insensitive saleswoman, she instead politely told her, “It isn’t the ring that matters, it is the love that goes into buying one that matters.”

One week later the couple eloped at the courthouse, and they couldn’t be happier.

“Y’all I would have gotten married to this man if it had been a 25¢ gum ball machine ring,” Ariel wrote. “When did our nation fall so far to think the only way a man can truly love a woman is if he buys her $3,000+ jewelry and makes a public decree of his affection with said flashy ring? Sure they are nice, sure the sentiment is wonderful and I’m not trying to cut down any of your experiences, but when did it come to all that? Why do material possessions equate love??”

“Here I am though, Court-House married, $130 ring set, the love of my life by my side and happier than I could ever imagine,” she added.

Ariel said she has been overwhelmed by the response her post has received. She never expected it to go viral, but she has been touched to hear that others have been inspired by her story.

“I’ve received so many messages from people telling me that I gave them the courage to finally propose or get married, even if they couldn’t afford a ring,” she said. “It’s been overwhelming and emotional that I’ve been able to help other people.”

Were you inspired by Ariel’s story? So share this!