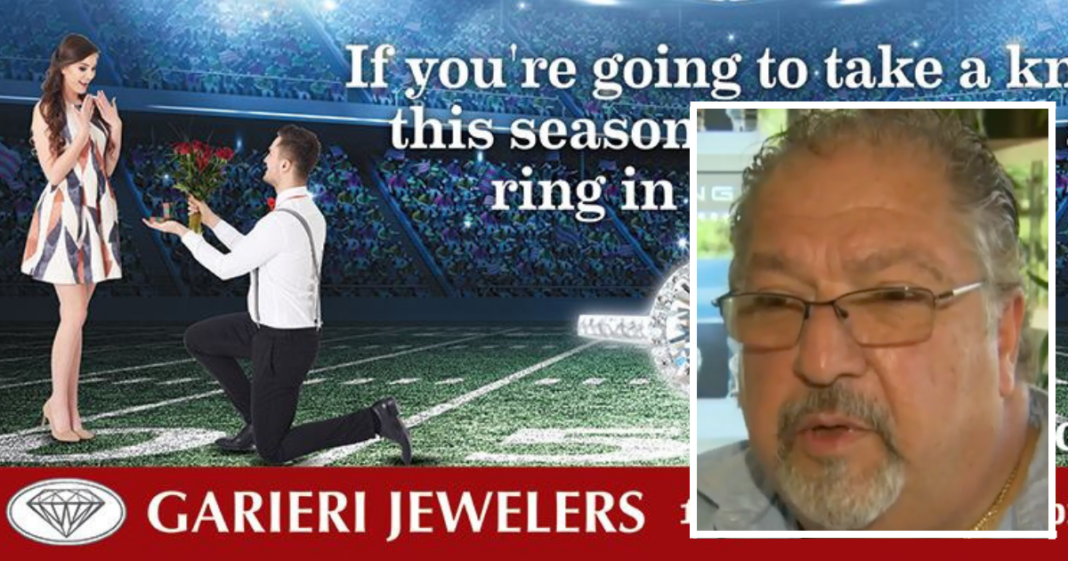 Garieri Jewelers in Sturbridge, Massachusetts, a family business since 1947, decided they would run an advertisement on a billboard along a historic New England highway. They may have intended it to be a satirical “play on words” to get the store some attention, but instead, some are calling it racist marketing.

“The way that the football season was, everyone had a thing about taking the knee,” he said. And so, Scott Garieri and Alexandria, his daughter and store manager, came up with what he called a “catchy” advertisement.”

They saw it as a way to draw attention, but some of the attention they received was definitely negative.

“The way that the football season was, everyone had a thing about taking the knee,” he said.

“If you’re going to take a knee this season, please have a ring in your hand!”

The ad features a man proposing to a woman on his knee on a football field with a caption relating to the “Take a Knee” NFL protests.

While the players see it as a fair use of freedom of speech not meant to be disrespectful to the flag or anthem, President Trump has said players who kneel should be fired.

Garieri has indicated he leans to Trump’s point of view:

He says he will keep the ad in place, including on the store’s Facebook banner.

“It wasn’t meant to be racist, business is business,” he said. 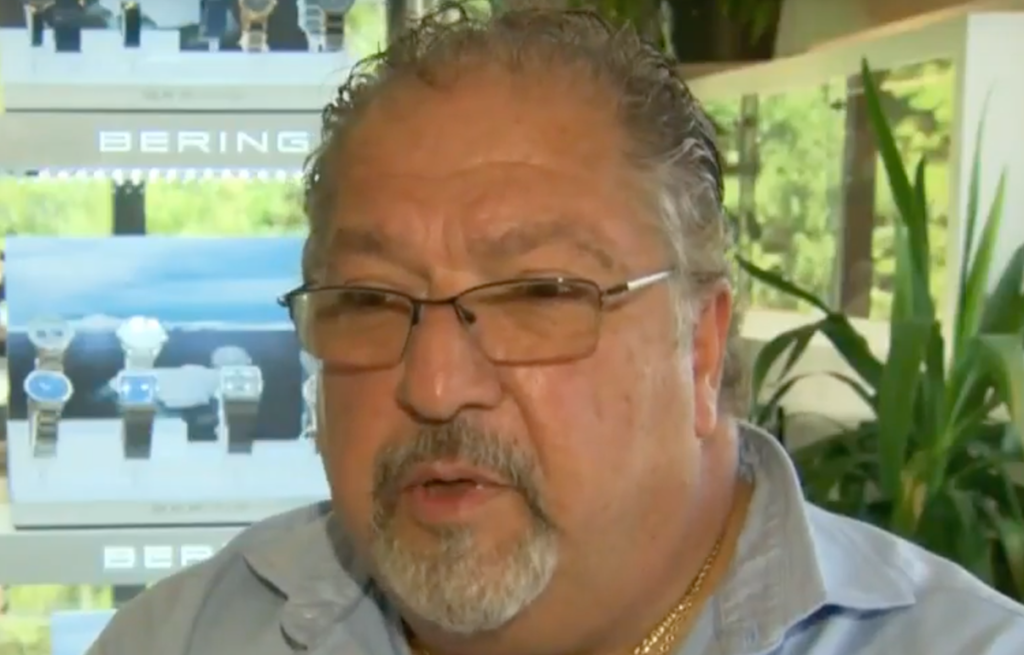 Initial reactions were positive, but a driver in Charlton snapped a picture of the billboard and posted it on social media, calling it “racist.”

Afterward, the jewelers received backlash, with some giving the store one-star ratings and others making severely hateful comments, threatening to vomit on the jewelry showcases or urinate on their sidewalk.

Another person disgustingly said that Garieri’s daughter should “kill herself.” (see video below)

Alexandria claims they didn’t intend it to be a hateful message.

“We want to sell engagement rings. We’re selling love, not hate,” Alexandria said. “We were never wanting to be offensive, it was always meant to be satirical.”

“I absolutely LOVE your ad. It is so cute, sweet and right on. So many of us appreciate real American companies. I will check back about the T-shirts, they will be great.”

Clearly, the divisive subject could drive customers who support the ad to the store, but it will also no doubt cost the store customers who view it as insensitive, racist, or disrespectful to the protest intended to support equality for minorities.

Garieri, who has posted some controversial billboards in the past, doesn’t seem to mind the risks, as the name of his company gets the attention he was after.

We are not taking our billboard down. Thankyou everyone for the support we appreciate it so much! We are trying to answer everyone but we are just so busy! We hope everyone understands and Thankyou again !

American multinational corporation, Nike, has taken on those risks as well.

After Nike signed former football quarterback, Colin Kaepernick for their 30th anniversary “Just Do It” campaign, their sales went up 31 percent since Labor Day, despite the controversy inflamed by President Trump.

See more from CBS Boston below: