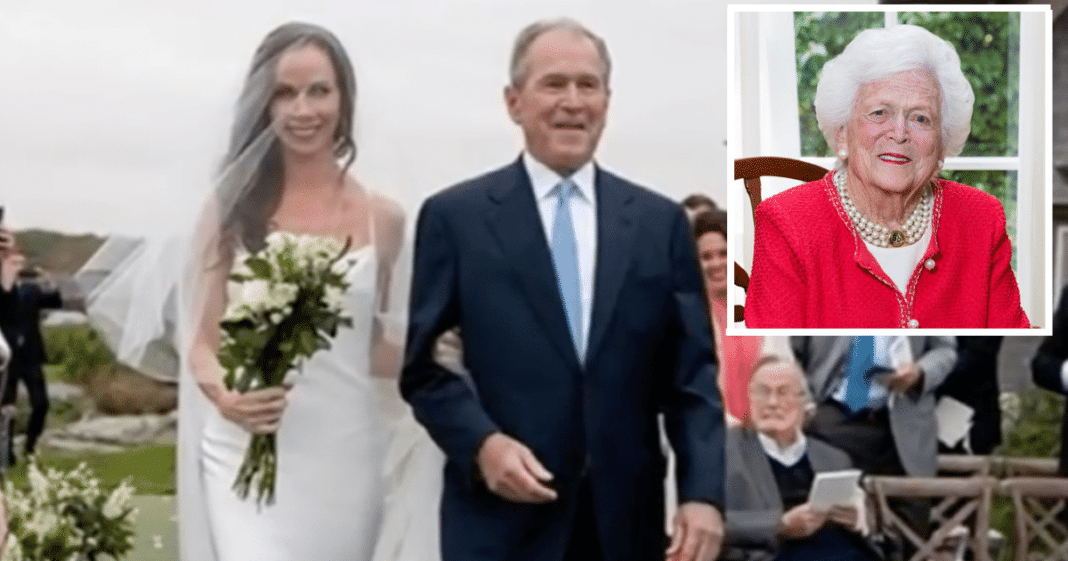 Most of us are familiar with the gregarious and charming Jenna Bush Hager, the daughter of former U.S. President George W. Bush and former First Lady Laura Bush. But probably not as many of us have heard of her sororal twin sister named after their grandmother, Barbara Bush. Now, we are getting a glimpse at Barbara, 36, and the cross-country whirlwind romance that led to a secret private wedding on Sunday at the Bush family compound in Kennebunkport, Maine.

“My sister is very private. She holds her personal life to be sacred. She’s the elusive twin,” explained Jenna Bush on TODAY. 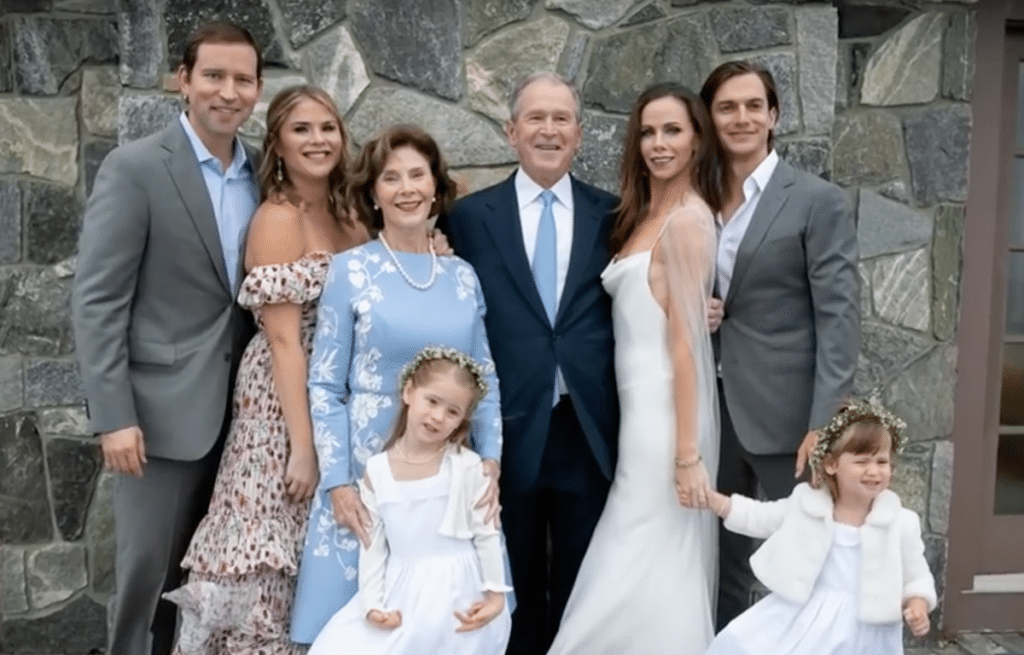 The Bush family in a group photo from the secret wedding

Barbara Bush has focused for years on a thriving career, co-founding Global Health Corps in 2008. Leading the nonprofit, which addresses health concerns for under-served communities in the U.S. and Africa, didn’t allow much time for romance or home. Now she’s ready for the thoughts of possibly starting a family someday.

“She waited a long time, and she found her man,” said Jenna.

Barbara Bush officially tied the knot with screenwriter and actor Craig Coyne, who she met on a blind date arranged by friends last November. Although they lived across the country, with Coyne in Los Angeles and Bush in Manhattan, they immediately hit it off. By New Year’s Eve, they knew they would be a couple. 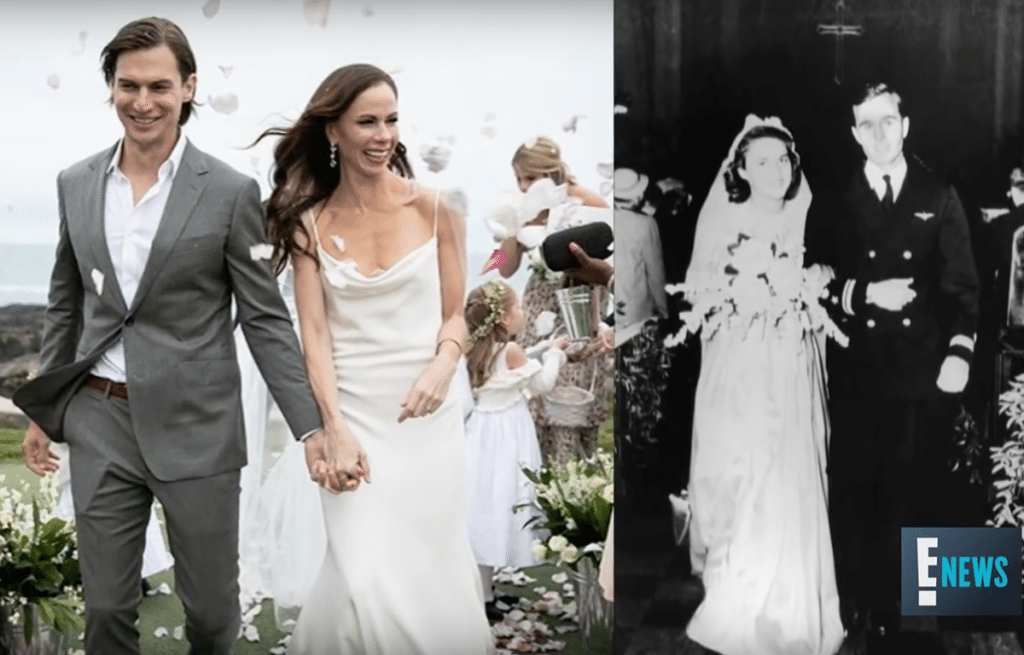 Coyne recently moved across the country to be with Bush. Soon afterward, he proposed to her on the same spot on the beach in Kennebunkport where Bush’s grandparents became engaged 75 years ago back in August 1943. Just five weeks later, the wedding took place.

The family wanted to keep the wedding private and intimate, in part so that their beloved grandfather, former President George H. W. Bush, who is now 94, could attend comfortably. About 20 immediate family members attended the ceremony, which Barbara described as “a very short, sweet ceremony.” There was no wedding planner, and the family found a classical musician on Facebook, according to Jenna. (see the video below) 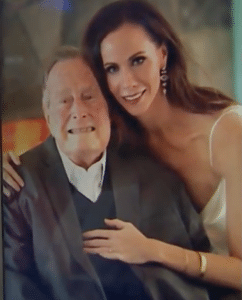 Her father, former President George W. Bush, walked his daughter down the aisle and gave her a special toast in which he tried not to well up with emotion. He had apparently sobbed as he toasted Jenna at her wedding. 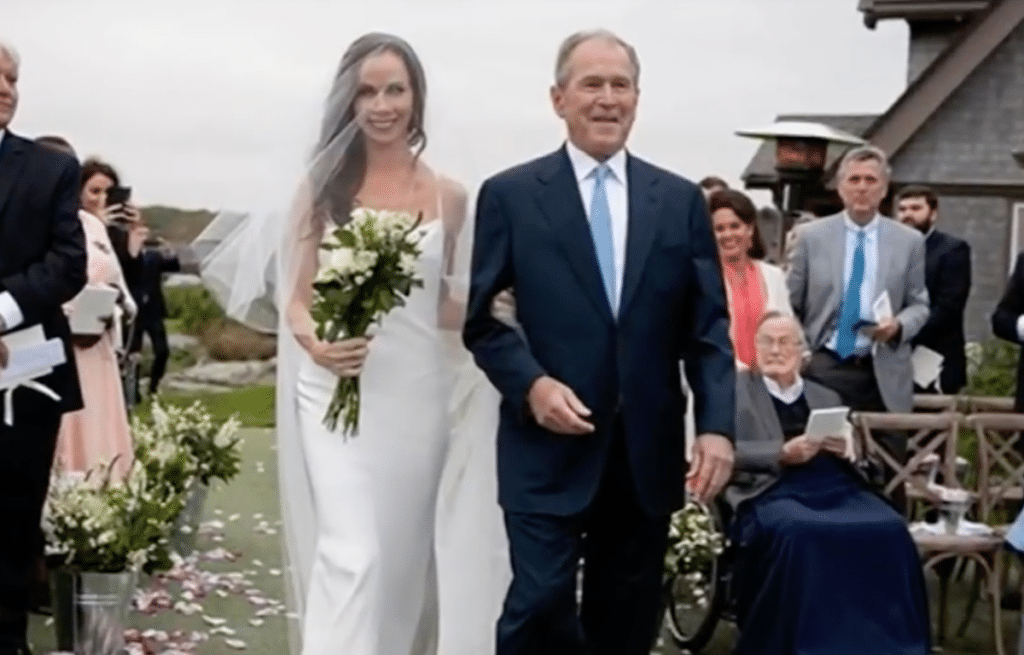 Jenna’s daughters, Margaret, 5, and Poppy, 3, were flower girls, along with Coyne’s niece, Emma, 5. Poppy also served as the ring bearer and stole the show.

“Poppy realized the box we empty and she ran to the front and kept holding it open, like ‘this is fake!,'” said a bemused Jenna. 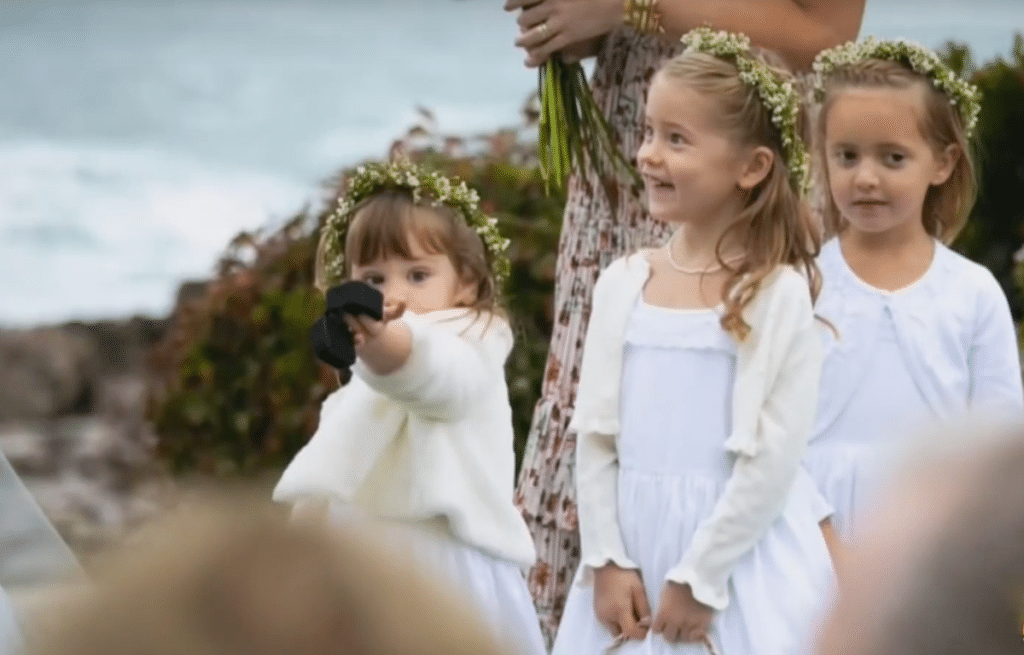 See Jenna Bush talk about her twin sister Barbara in the video from TODAY below:

See more about the secret wedding in the video from E!News below: