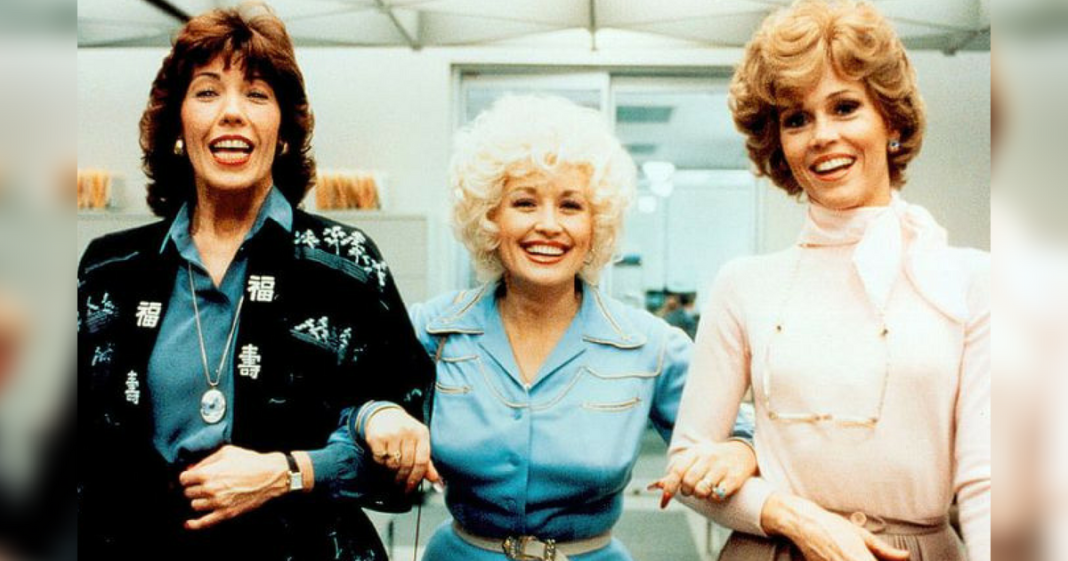 Fans of the cult classic 1980 film, 9 to 5 will be pleased to learn Jane Fonda, Dolly Parton, and Lily Tomlin have a sequel in the works.

“My involvement is an executive producer and together with Lily, we’re working with the writers,”  Fonda told reporters at a Television Critics Association press tour for an HBO documentary on her life on Wednesday.

“Right now, Dolly, Lily and I are all intending to be in it.”

In the movie, the three ladies live out their fantasies by getting even with their antagonistic boss, played by Dabney Coleman.

Fonda commented on how, despite the passage of time, sexual harassment in the workplace hasn’t improved. “I’m sorry to say the situation is worse today.” she added how some companies are even outsourcing their employees. “Today, a lot of the workforce [is] hired by an outside company, so if there’s a problem, who do you complain to? Who do you fight with?

“Plus with social media, the Internet, you can be spied on very easily,” she added. “I do think sexual harassment will tend to drop because guys are scared.”

Love this! #9to5 #dollyparton #janefonda #lillytomlin

In recent years, the three iconic actresses have kept their classic film alive. Together, they presented the 2017 Emmy Awards for best supporting actor in a limited series or movie. they used their entrance speech to make a dig at President Donald Trump.

“Back in 1980 in 9 to 5, we refused to be controlled by a sexist, egotistical, lying, hypocritical bigot,” Fonda said.

“And in 2017, we still refused to be controlled by a sexist, egotistical, lying, hypocritical bigot,” Tomlin added.

Parton avoided the political malady, simply saying how excited she was to be the awards ceremony with her co-stars and how she just wanted to have fun. “Personally, I have been waiting for a 9 to 5 reunion ever since we did the first one,” she said,  joking about a plot point in the last season of Tomlin and Fonda’s show. “I’m just hoping that I’m  going to get one of those Grace and Frankie vibrators in my swag bag tonight.” 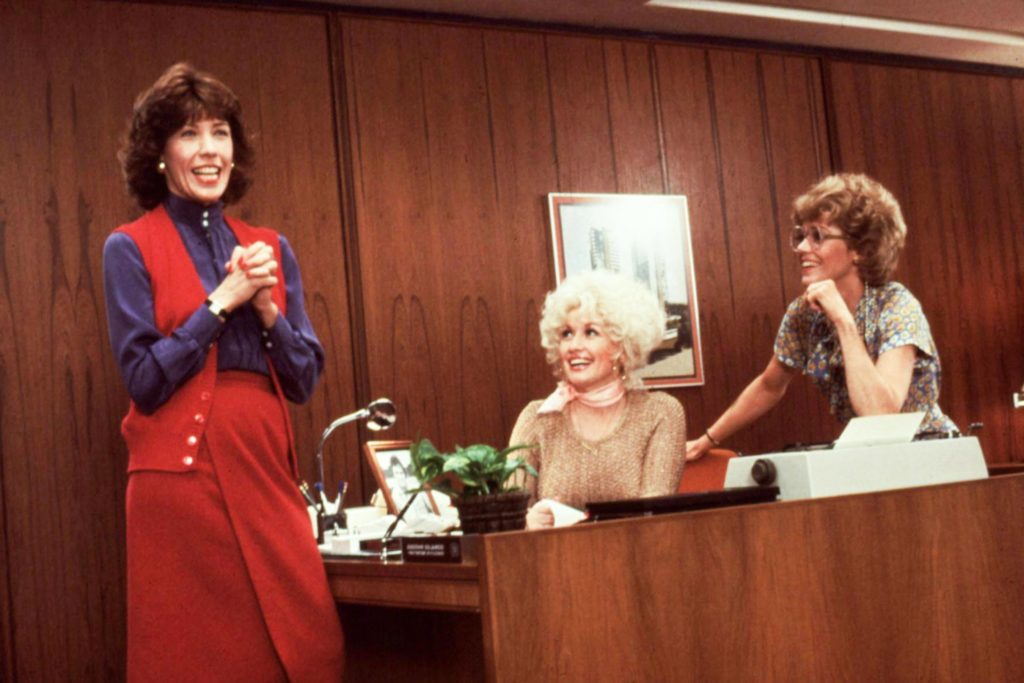 Parton addressed those attending Tomlin’s lifetime achievement ceremony in 2017. She talked about a sequel. “People have wanted another 9 to 5, but I think we’d have to call it 95!”

Though we know there’s a sequel in the works, no release date was provided. Guess we’ll just have to stay tuned!