Jaguar Escapes At Olympic Torch Ceremony, Shot And Killed In Front Of Spectators 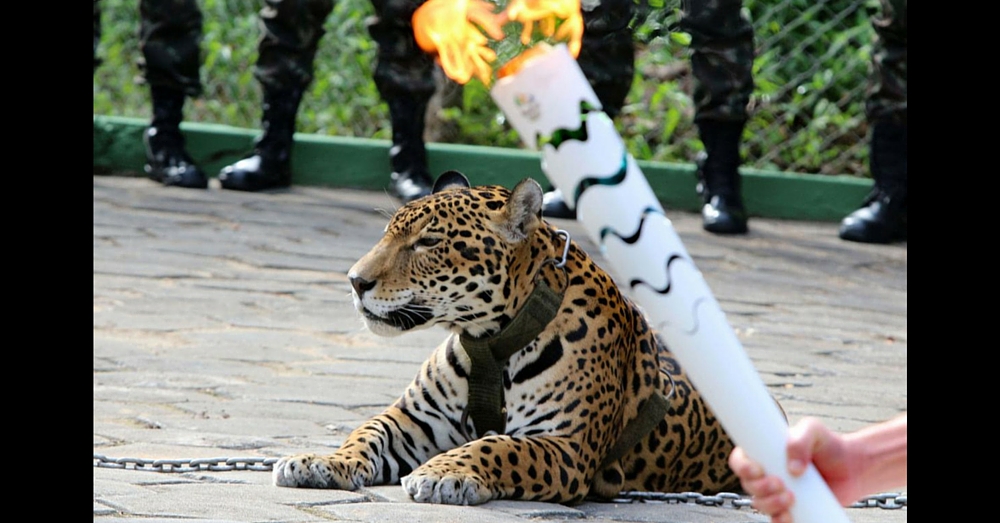 In the 1900 Olympic games, live pigeon shooting was an official event. In 2014, authorities around Sochi, Russia, were criticized for rounding up stray dogs. And now, a jaguar from the Amazon was killed after it was featured in a torch ceremony for this summer’s games in Brazil.

The jaguar was shot Monday after it escaped from its handlers at a zoo attached to an army training center in Manaus, the Brazilian military said in a statement. The jaguar was exhibited, chained up, during a torch ceremony there.

After the ceremony, the big cat—known as Juma—reportedly approached a soldier, despite being tranquilized. The soldier fired a single shot, which killed Juma. The incident has prompted a wave of criticism for even having the jaguar on display in the first place.

“We made a mistake in permitting the Olympic torch, a symbol of peace and unity, to be exhibited alongside a chained wild animal,” the organizing committee Rio 2016 said in a statement. “This image goes against our beliefs and our values. We guarantee that there will be no more such incidents at Rio 2016.”

Ipaam, the Amazonas state government environmental authority that oversees the use of wild animals, is investigating the incident and says the display of the animal may have been illegal, since it didn’t have records of the proper permits.