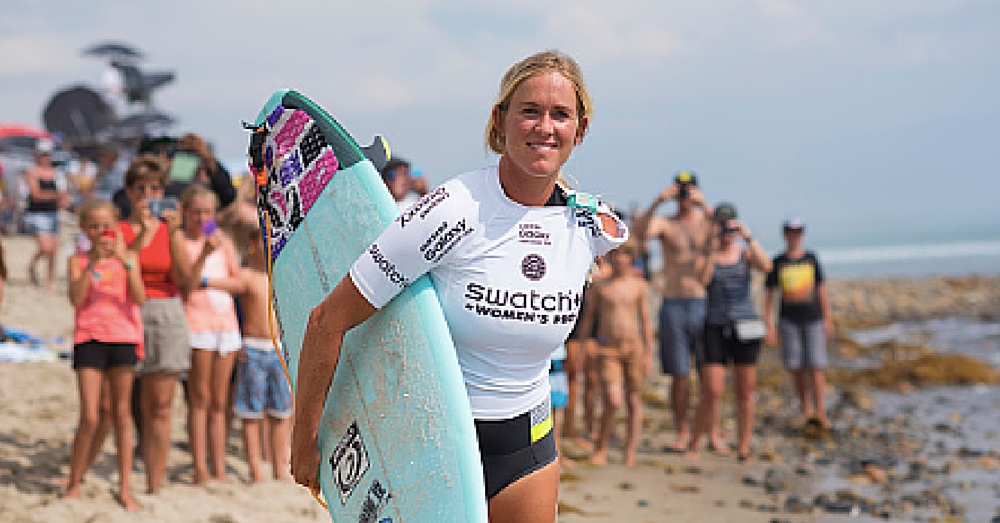 When Bethany Hamilton lost her left arm in a shark attack off the coast of Hawaii 13 years ago, she thought her surfing career was over. However, just weeks later she returned to the water, determined to keep doing what she loved despite the tragedy she had endured.

Her life has inspired many to pursue their passions and keep going despite the obstacles standing in their way, and was the basis of the movie “Soul Surfer” that came out in 2011.

As if getting back in the water wasn’t amazing enough, Hamilton just proved that she is doing exactly what she’s meant to at the World Surf League’s Fiji Women’s Pro.

Though she was a wildcard entry and wasn’t even seeded among the top surfers, the inspiring surfer beat six-time world champion Stephanie Gilmore and the top-ranked female surfer in the world, Tyler Wright, to come in third at the competition, her highest career finish ever.

Hamilton surfs with a board that has a special handle which allows her to duck under waves when she is paddling out, but that is the only concession she’s given. She gets no special treatment, no sympathy points – she’s just out there doing what she loves and working her hardest to be the best she can be.

“I think all of us have that passion in us for different things,” she said. “It may not be surfing, but whatever your passion is, you just go for it.”

Have you been inspired by Bethany Hamilton’s story? So share this!