Incredible! See How This Couple Lost 298 Pounds In One Year 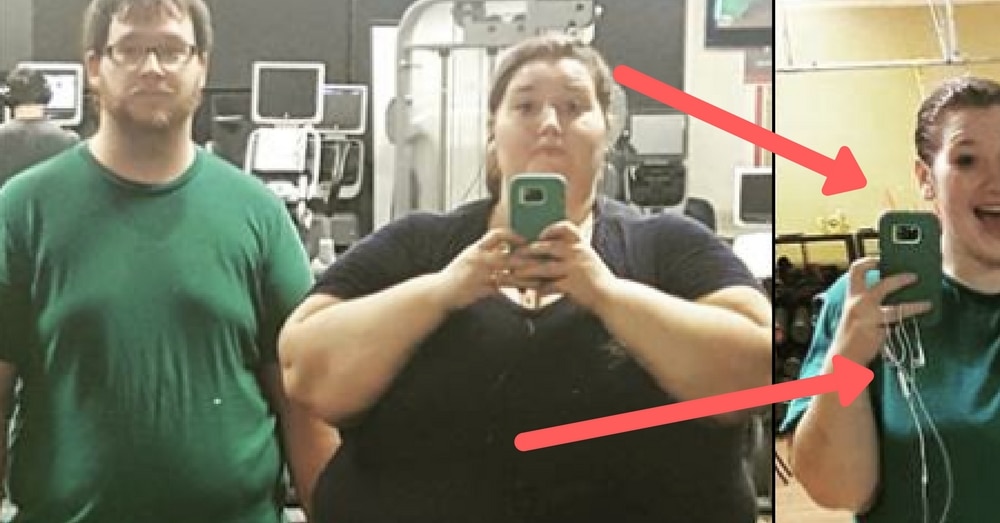 When Lexi and Danny Reed visited a Chinese restaurant, it wasn’t unusual for them to make trip after trip to the buffet, heaping food on as many as eight plates. The couple loved going out to eat, noshing on fried and fast food, pizza, chips, candy and soda.

But these unhealthy habits meant they both were overweight and they realized they needed to change. On New Year’s Day 2016, the married couple vowed to lose weight and since then, they’ve undergone a dramatic transformation — Danny lost 62 pounds and Lexi lost 236 pounds.

“I just felt happier. I felt proud of myself,” Lexi, 26, of Terre Haute, Indiana, told TODAY. “I was accomplishing something and I was finally doing something.”

Lexi has been overweight her entire life and when she and Danny, 28, started dating in 2007, they frequently went out to eat, or watched TV and mindlessly ate. Throughout her life, she tried losing weight; sometimes she’d drop some, but she’d always gain it back.

When Lexi and Danny considered their New Year’s resolution, 5-foot-6-inch Lexi weighed 485 pounds and 5-foot-8-inch Danny weighed 281 pounds. Lexi worried that being so overweight would shorten the amount of time she had with Danny. The couple — who married in October 2015 — had talked about having children.

“I knew I could never be a mom at the size that I was and that was one thing that motivated me,” Lexi said. 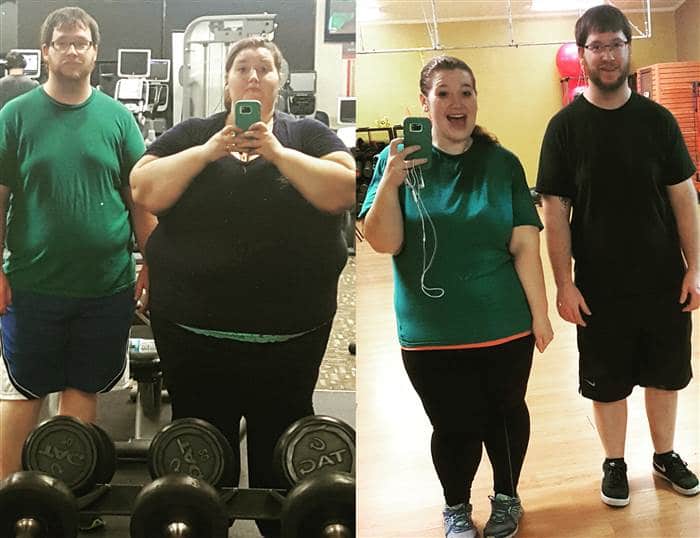 Since losing weight, the Reeds’ marriage has been stronger. The couple can more easily do things such as hike and ride bikes. Courtesy Lexi Reed

After making their resolution, a friend dared them to go a month without drinking alcohol, going out to eat or having a cheat meal — and the couple took that dare. They also started going to the gym. Lexi felt determined to do a half hour of cardio, four times a week.

“I tried to do high-intensity cardio, but I wasn’t able to,” she said.

After the first month, Lexi and Danny took a different approach to their diet: they added vegetables and lean protein, such as salmon and chicken, and ate healthy carbs. 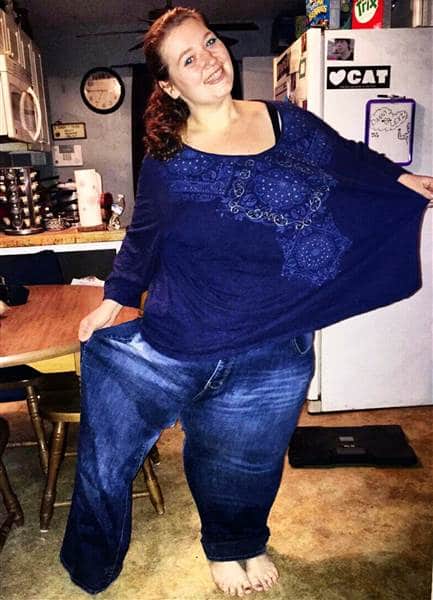 After losing 236 pounds in a year, Lexi Reed can fit into one leg of the jeans she wore when she weighed 485 pounds. She hopes to continue losing and being healthy. Courtesy Lexi Reed

Each month, Lexi has lost about 20 pounds. She hasn’t hit a plateau yet because she constantly re-evaluates what she is doing.

“My weight loss has slowed and I have picked up the intensity of my workouts and adjusted my calories to continue losing consistently,” she said.

She now works out for an hour, five or six days a week, doing a mix of cardio and weight training along with Danny.