Husband And Wife In Hospital On Life Support. Then Son Looks Over And Snaps A Picture 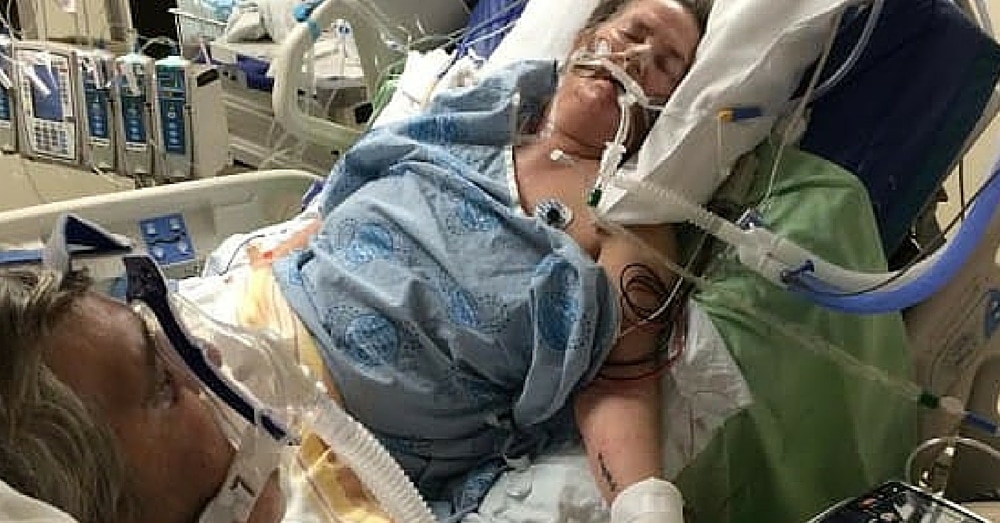 When Cindy found out she was pregnant 24 years ago, she was scared to tell her boyfriend, Jim. But when she finally worked up the courage to tell him the big news, his reaction was better than she ever could have expected.

Jim burst into tears of joy, excited to start a family with the love of his life. The two ended up getting married, Cindy gave birth to their son, Chris, and the two remained inseparable, unable to stand being apart for even a second.

But life doesn’t always hand us the cards we want, and sadly, Jim was diagnosed with lung cancer.

Cindy stuck by her man through his numerous rounds of chemotherapy, and she never gave up hope that he would pull through, even though doctors only gave him a 10% chance of survival.

But when it became apparent that Jim was not going to survive, he was taken to a new hospital where they made him as comfortable as possible for his final days.

Then, in an even more heartbreaking turn of events, Cindy suffered a heart attack while Jim was in the hospital and was taken to a hospital in a different city for treatment.

Chris spent his time driving back and forth between the two hospitals, trying to spend as much time as possible with both of his parents while he also worked to pay their rent.

Then one day while Chris was visiting his dad, Jim, unable to speak because of a tube in his mouth and a tumor blocking his breathing, wrote something on a piece of paper that caught the attention of his son and the entire staff: “Mom.”

An initial request to get Cindy transferred to Jim’s hospital was denied, but the staff did everything they could to ensure that this couple would be together for Jim’s final moments.

Though Cindy was unconscious at the time, Jim was able to say goodbye to the love of his life. He held her in his arms as his body began to shut down, and Chris was able to capture the heartrending moment on camera. 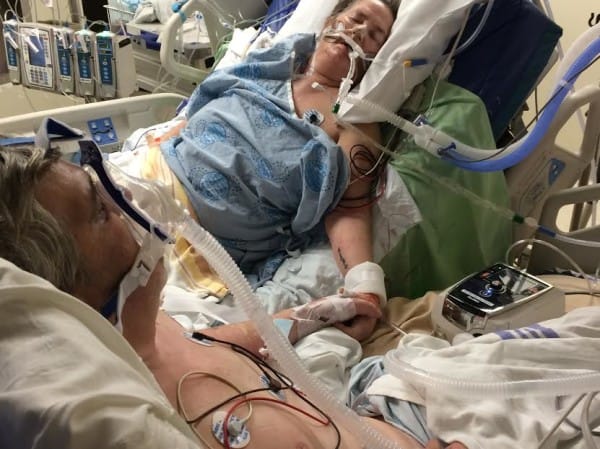 Though Cindy was heartbroken when she woke up to discover that her husband had passed, the pictures of her and Jim’s final moments together have served as a great source of comfort to her as she heals.

Though the story has a sad ending, this couple’s love for each other through thick and thin, sickness and health, inspires us to love our own better and hold our loved ones close.

Were you touched by this sweet love story? So share this!