Husband Goes Missing At Zoo. Then She Spots Him In Ape Exhibit, And That’s When She Sees It… 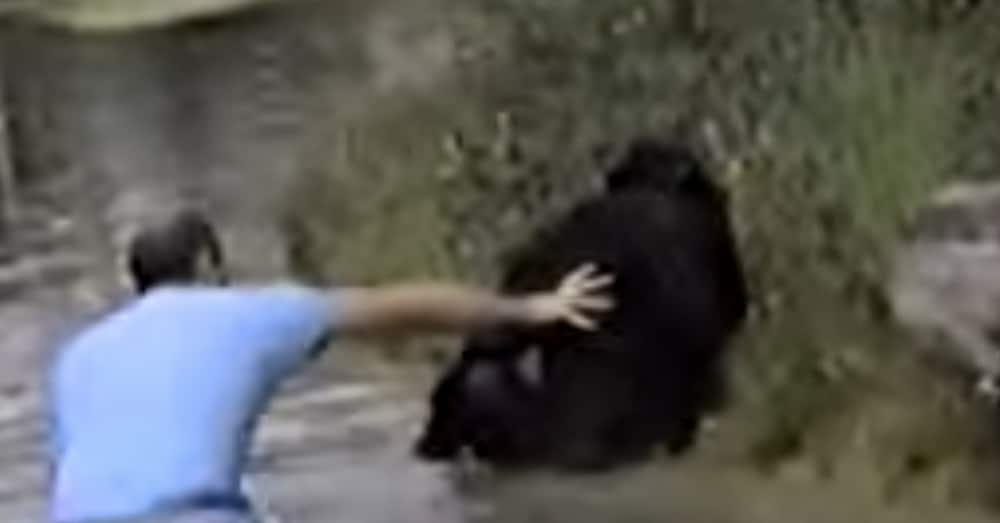 Back in 1990, Rick Swope was visiting the Detroit Zoo with his wife and three children when the unthinkable happened. As they were observing the chimpanzees, an 18-year-old chimp named Jo-Jo, who was being chased by a larger and more aggressive chimp, fell into the water in his enclosure and started to drown.

While chimps are similar to humans in many ways, one way they differ is that they have much less body fat. While a human will float in water, chimpanzees will sink and drown.

Spectators stood there helplessly, screaming for the zoo workers to do something, but chimpanzees can be very territorial and dangerous to humans, and none of the zoo employees were about to jump into the enclosure.

That’s when Rick decided he couldn’t take it anymore. Without a thought to his own safety, he jumped into the enclosure, got into the water, and grabbed the drowning chimp.

Though the water was murky and he had a hard time keeping his grip on Jo-Jo, Rick managed to drag the ape to safety.

“He was pretty lifeless, but you could see he was still alive,” Rick said. “He was looking at me. I think he knew what was going on.”

Thankfully, Rick was able to make it out of the enclosure safely, and Jo-Jo survived and recovered.

Rick has said he doesn’t consider himself a hero. “It was no big deal, you know,” he said. “It didn’t take an exceptional person to do it. If it did, I couldn’t have done it.” But anyone who has seen his heroic act would be quick disagree. I know he’s a hero in my book!

Were you amazed at this man’s heroic act? So share this!