Husband Dies Before Baby Is Born. What She Sees In Maternity Photos Gives Her Chills 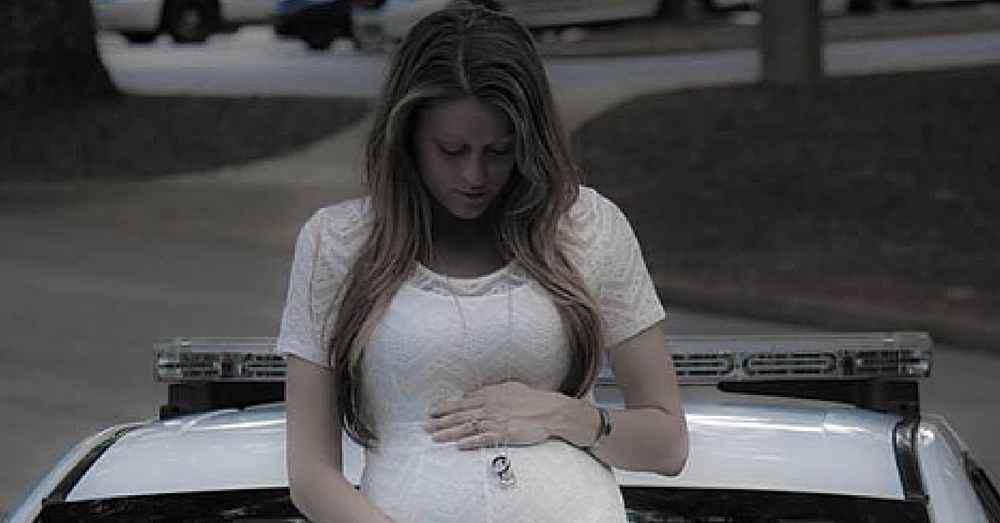 When police officer Allen Jacobs died in the line of duty in March, he left behind two sons and a grieving, pregnant widow. Meghan Jacobs was carrying their little girl, Lennox, due in July, and was now faced with raising their children on her own as she dealt with her own grief.

Allen was a well-decorated Army veteran and a dedicated police officer who had served on the Greenville, South Carolina, police force for four-and-a-half years. After he passed away, Meghan wanted to do a maternity photo shoot that would honor his memory.

She asked one of her close friends, Jessie Ellex of J. Ellex Photography, to capture the emotional photographs for her. They incorporated the flag laid on Allen’s casket into a number of the photos, and many of Allen’s fellow officers participated in the shoot, showing their support for the grieving widow and letting her know that they will always be there to protect and defend her and her growing family.

The images Jessie captured are nothing short of stunning, and they will serve not only as a special reminder for Meghan of her husband’s love, but also as a keepsake for Allen and Meghan’s soon-to-be-born little girl. Even though Lennox will never know her dad here on earth, she will be able to look at these pictures and know what a wonderful and beloved man her father truly was.

Were you touched by these special maternity photos? So share this!