Husband Dies Of ALS. Just 2 Hours Later She Gets Call That Brings Her To Her Knees 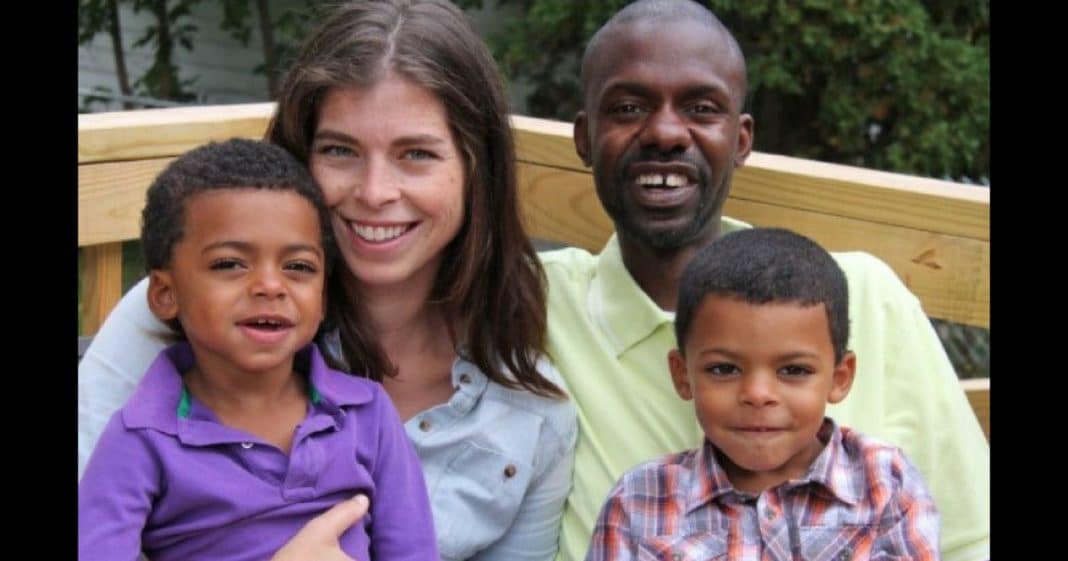 Tessie and John “Sly” Sylvester met when they were working at a youth soccer camp in 2001, and right away it seemed like they were a match made in heaven. The two bonded over “their love of soccer, their dedication to their families, their strong faith and their belief in giving back to the community.” Friends say the two of them could “light up a room with their smiles.”

They married and had two sons – Gus, 6, and Freddy, 5 – and lived some very happy years together.

Then came a devastating blow. John, a former professional soccer player for the Minnesota Thunder, was diagnosed with ALS.

For six years, Tessie cared for her husband as his body grew weaker. She was the sole breadwinner for the family and worked hard to take care of her family, maintaining a positive attitude through it all.

A little while later, he was gone.

Then, as Tessie began to make funeral arrangements, she was dealt another devastating blow.

She was on the phone with the funeral director when she got a call from her doctor.

“That’s when she said, ‘It’s cancer and it doesn’t look good,’” Tessie recalled.

A routine checkup and blood work led to Tessie’s diagnosis of adenocarcinoma, a type of cancerous tumor that forms in mucus-secreting glands. It’s unclear where the cancer began, but it has metastasized to her liver and lymph nodes, meaning surgery is not an option.

Tessie was shocked when she heard the diagnosis.

After years of taking care of her husband and being the rock in the storm for her family, she now has a new battle to fight, but she is determined to face this one head on.

“I always thought it wasn’t fair what happened to John, but he always had such light to him,” she said. “I don’t want to say it’s not fair yet, because I’m not ready to give into it.”

Tessie is terrified of leaving her sons without their mommy or their daddy, so she plans to do everything she can to fight this cancer, starting with chemotherapy.

Tessie is self-insured and won’t be able to work while she is undergoing the treatments, so her friends have started a GoFundMe campaign to help cover the family’s needs during this difficult time.

It will not be an easy battle, but Tessie knows she will have some help from above.

“I think John went when he did because he knew that I needed some protection from another place, to stay with our boys,” she said.