Husband Crashes While Rushing Pregnant Wife To Hospital, Then Angel Appears Out Of Nowhere 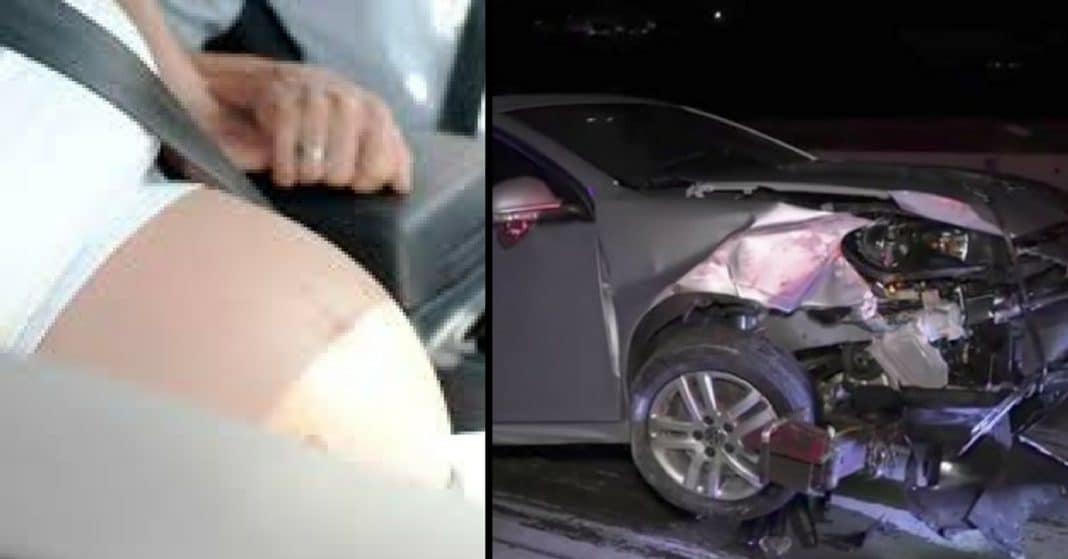 When Hongwei Zhang’s wife, Ying Shi, went into labor, he knew he didn’t have much time to get her to the hospital. Her labor was progressing quickly and he knew the baby could come at any minute.

But in his panic, Hongwei lost control of the car when he made too wide of a turn and crashed into a concrete barrier.

The car was totally, but amazingly everyone inside the car was okay.

Hongwei jumped out of the car and ran around to the other side to get to his wife. The car was so badly damaged he had to rip it open.

When he finally got to her, he couldn’t believe his eyes. She had already had the baby!

Stunned, Hongwei ran into the road, waving his arms desperately to get someone’s attention.

That’s when Dayna Dumont saw him.

Dayna is a registered nurse at the same hospital the couple was trying to get to. She had just finished her shift and was on her way home when she came across the wreck.

Dayna raced over to the passenger’s side of the car.

“I didn’t think the baby had actually arrived,” she said. “The mom was sitting there so calmly. I was asking, are you in any pain or discomfort, and she said no… She was just asking, ‘Is the baby OK?’”

“I took a peek and there was a baby. [The mother] was in the [seat] with the baby between her legs and in her pants.”

Dayna quickly check the baby girl to make sure the umbilical cord wasn’t wrapped around her neck.

Hongwei had called 911 but was so panicked that he was having trouble giving their location. Dayna calmly took the phone from him and gave the emergency operators all of the information they needed.

When emergency responders arrived, Dayna stayed by the couple’s side and even helped hold the baby as they cut her umbilical cord. She didn’t leave until they had been safely loaded into the ambulance.

The couple, who named their daughter Anna, know God sent Dayna to them that day. She was the guardian “angel” they needed right at that very moment.

What wonderful acts of selfless kindness from Dayna and the other man, and what an incredible birth story to get to share with Anna when she gets older!

We are so thankful this family was okay! We wish them all the best as they go home and begin life as a family of three!

Were you amazed by this harrowing birth story? So share this!