Hurt Hiker Lost In Alps Sees Creature Coming Toward Him, Then Things Take A Turn 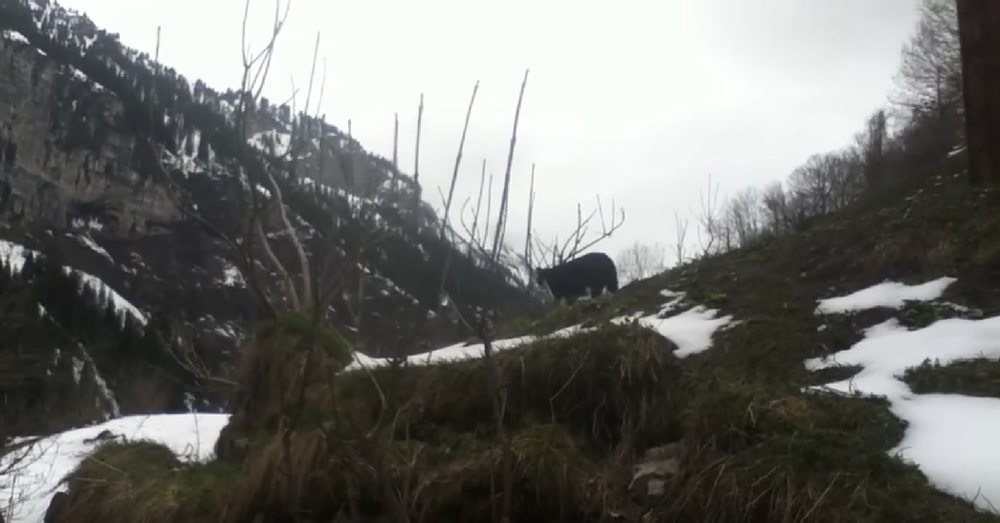 A Hungarian hiker was taking a walk through the mountains near Gimmelwald, Switzerland, when he sprained his ankle. As he tried to find his way back to get help he became disoriented and got lost.

He continued to search for a way back down the mountain, but unfortunately found that many of the pathways and lifts were closed. Feeling scared and defeated, he tried to figure out what to do next.

That’s when he noticed a cat wandering on the path.

“[The cat] was just wandering around, [then] found me while I was resting from a hike,” he said.

The cat walked by him but kept looking back at him like she wanted him to follow her. Not knowing what else to do, the hiker decided to follow the cat.

Pretty soon she led him straight to the path that would take him back down to the valley where he needed to be!

The man discovered later that the cat belonged to a couple who owned a nearby hostel. He doesn’t know how she found him or how she knew he needed to be rescued, but he sure is glad she did! Were it not for the cat he may never have made it out alive!

Were you stunned to see how the cat helped this lost and hurt hiker? So share this!