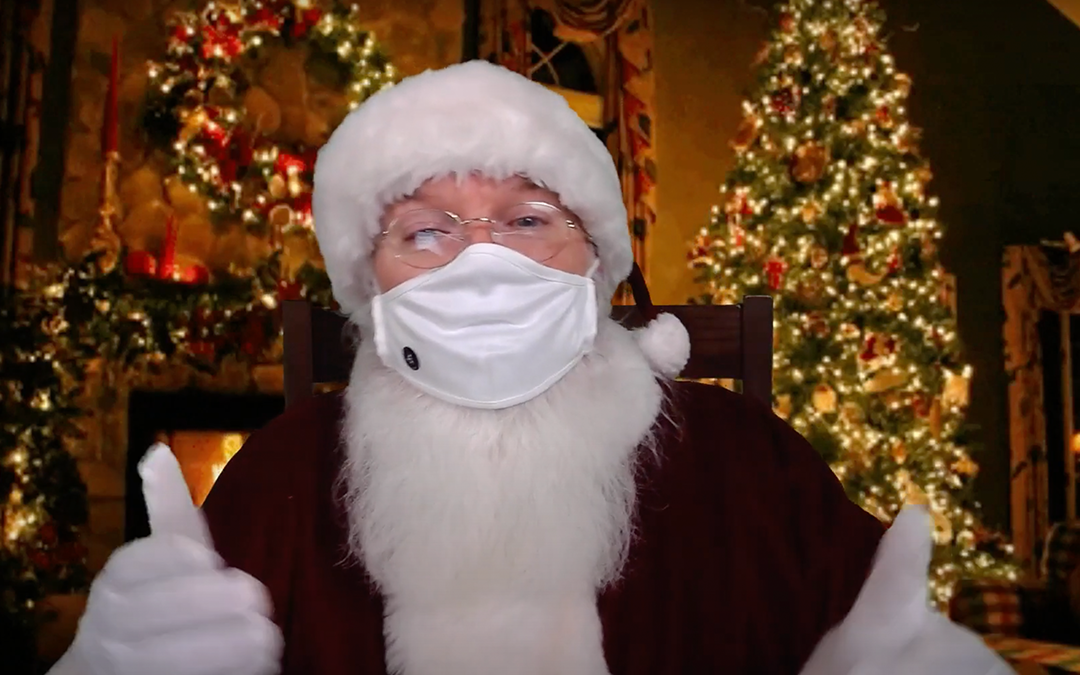 This year, we all want to destress and enjoy the holidays as much as safely possible while avoiding COVID-19. How will people do it this year? We can get some clues from Halloween and Christmas plans in major cities this year.

Christmas isn’t canceled! However, it will be a bit different than in years past.

Before Halloween, we noted how the day was more important than ever to many Americans. Using safety precautions, most people managed to enjoy Halloween.

Fewer people were out, gatherings were canceled, and those who ventured out wore masks and kept at a safe distance. Thus, Americans preserved the essence of the holiday with creativity while enjoying a rare Halloween full moon.

Despite the pandemic, Hershey reported higher candy sales despite fewer trick-or-treaters. Parents found ingenious ways to offer candy from a distance, like sending treats down a tube via the cutout of a dragon’s mouth. Others put candy on tables at the end of their driveway, so kids weren’t putting their hands in the same candy bowl.

Unfortunately, a few others joined in large gatherings and put themselves and others at risk. For example, thousands of people gathered in Utah at an unpermitted Halloween rave. Health experts warned that those who attended “absolutely will become ill” and pass the virus to others in the community.

Overall though, Halloween was enjoyed in a quieter, scaled-down, more intimate way with only a few close friends and family. So, that’s what we can likely expect for the upcoming holidays: safe, small pared-down festivities observing new CDC safety guidelines.

I don’t know about you, but it sounds pretty great compared to the alternative of canceling the holidays. Spend some quality time with your immediate family and have a virtual dinner by video with your extended family and friends.

For more about how to safely enjoy the holidays this year, please refer to the CDC guidelines issued here.

This year in Toronto, the Christmas tradition of kids sitting on Santa’s lap is canceled. At a Toronto mall, Santa will wear a red mask and get regular temperature checks. Six feet away, kids will sit with no contact.

At another mall, there will be a virtual Santa on a screen. Thus, kids can still get their picture with the virtual Santa behind them.

“We want to keep everyone safe, including Santa, so we’re going to have Santa there through his magic mirror,” said the mall manager.

Through websites like Portable North Pole, kids can also get a Zoom call with Santa. Or, at SantaLetters.org, they can get a personalized, certified letter from the North Pole. Of course, you could also come up with your own creative solutions!

See Santa discuss why he’s wearing a mask below:

For those who will miss Christmas parades, some cities are coming up with creative workarounds. For instance, they will leave floats parked in place at a large airport while people drive by in their cars – a Christmas parade in reverse.

Meanwhile, in Toronto, the parade will take a new route away from public viewing. Instead, people will be able to watch the parade safely on TV. Therefore, the tradition that has gone on since 1905 will continue in a new way.

Likewise, the Macy’s Thanksgiving Day Parade in New York City will be virtual this year. It’ll be the first time outside World War II that thousands of paraders won’t march down the NY City. Instead, a pretaped parade will be broadcast on Thanksgiving morning as a “special presentation,” according to MarketWatch.

Susan Tercero, the executive producer of the parade, said:

“While it will certainly look different in execution, this year’s Macy’s Parade celebration will once again serve its historical purpose — to bring joy into the hearts of millions across the nation,” said Tercero.

See more about the Macy’s Thanksgiving Parade 2020 from TODAY:

Appearing in a video for CityNews Toronto, Santa Claus remains hopeful about Christmas 2020. (see video below)

“Contrary to what some people might say, Christmas isn’t canceled. Christmas will never be canceled,” says Claus.

All of us hope you have a great holiday season and enjoy yourselves safely. Here’s looking forward to a better New Year ahead!

For more about how to safely enjoy the holidays this year, please refer to the CDC guidelines issued here.

Related: Age 11 Boy Finds Out He’s Being Adopted By The Family Who Took Care Of Him For Christmas

See Santa from CityNews Toronto below: