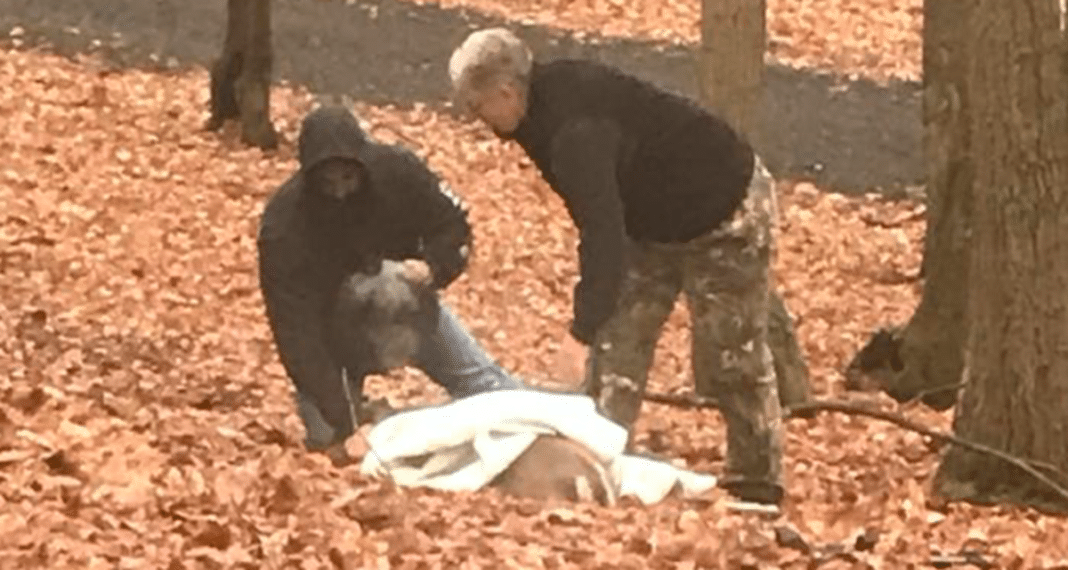 The white-tailed deer, having survived a bleak and cold winter, are just beginning to enjoy a reprieve, as the spring finally begins to allow new plant growth. Deer are a common sight at this time of year for residents in Colts Neck, New Jersey, southwest of New York City. However, one homeowner spotted a deer that was unlike anything they had seen before.

Standing all by itself stood a deer with a globelike ball on its head. The animal’s face was magnified by the curved glass, which almost looked like a helmet you might expect on a space traveler –definitely not a deer! 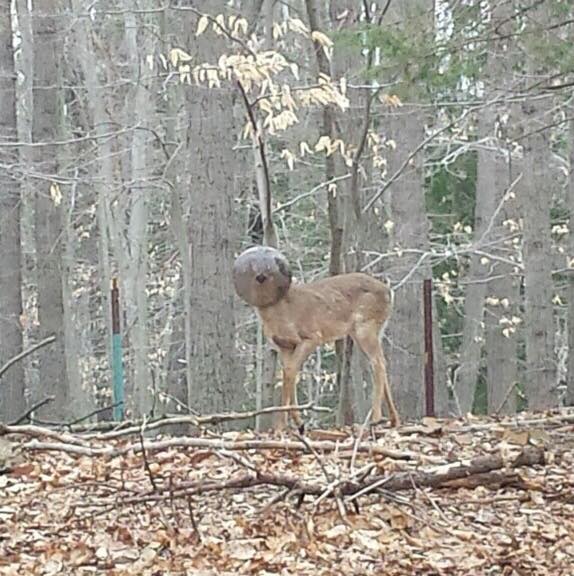 Imagine finding this sight in your yard!

Fortunately for this young buck, the homeowner decided to do something to help him. The deer couldn’t eat or drink with a glass globe on his head. They contacted the Monmouth County SPCA and the New Jersey Division of Fish and Wildlife.

Reminiscent of Rudolph the Red-nosed Reindeer, this little guy was cast aside from his herd for being different.

“The deer had been ostracized from his herd since he looked different with the bowl in his head and would come to feed once they had all gone, which is when he was noticed,” said the Monmouth County SPCA on Facebook.

After patiently waiting for the deer to appear, they humanely sedated him so they could remove the strange globe. Finally, they were able to approach the deer, discovering the glass was an old light fixture. 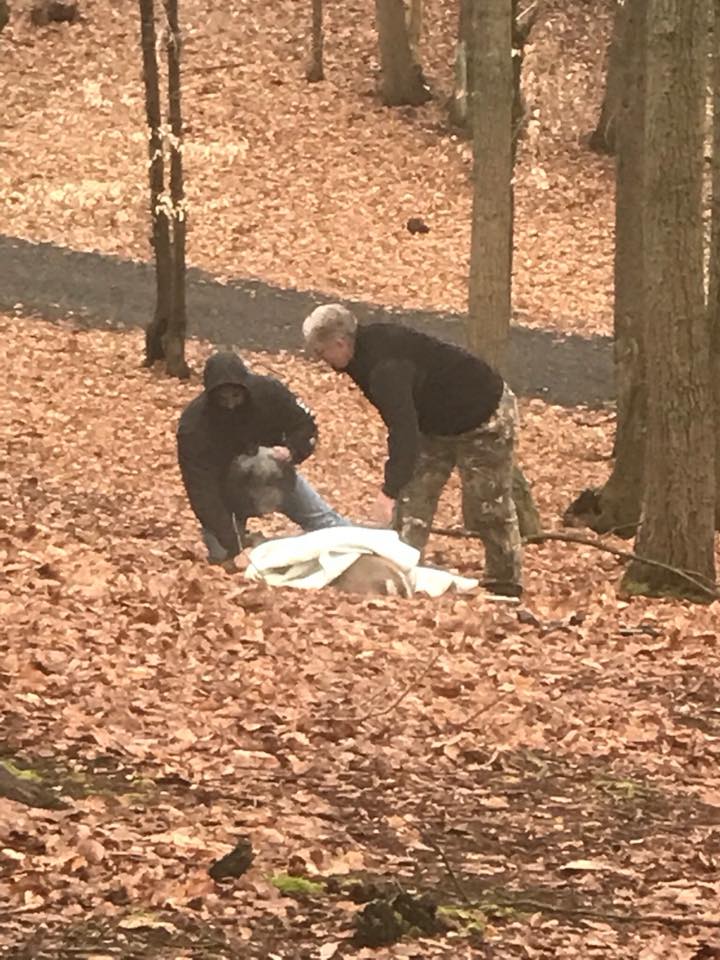 The rescuers remove the object from the sedated deer.

They speculated that the buck might have ended up with the fixture on his head after he lowered his head into it to drink water that had collected inside it.

They determined that the buck had been stuck like that for 4 days without any food and water, so he was dehydrated and had suffered minor scrapes as he awkwardly wandered about.

They cleaned him up and after the sedative wore off, he walked away.

The poor little buck’s story didn’t end there, though. The same homeowner called the rescuers later in the day, finding the deer laying on the ground, struggling to breathe.

A veterinary technician rushed to the scene, and quickly determined what needed to be done:

“We could tell he was completely dehydrated by the way he looked,” said vet tech Deann Bowen. “After we administered the fluids his head perked right up, and after a few minutes his breathing returned to normal.”

Soon the buck was up and walking again, and the rescuers observed it jump over a fence. The SPCA says they believe the deer has now rejoined his herd.

“A happy ending to our local celebrity, Buzz LightDeer!” they said on Facebook.

A heartwarming rescue story for this rainy Friday morning! Yesterday a homeowner in Colts Neck called us to alert us of…