Homeless Vet Dies With No Friends Or Family, But Wait Till You See Who Comes To Funeral 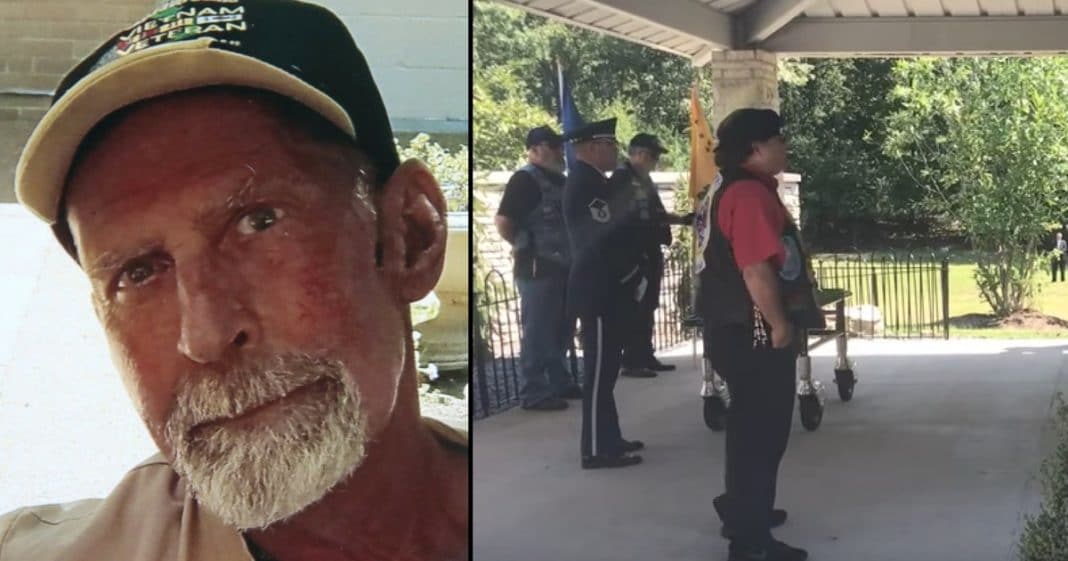 This is a sad story with a beautiful ending.

Society tends to let people slip through the cracks. We ignore that homeless man on the corner, assuming he’s an addict needing his fix. We might toss him a coin or two, but we don’t stop and strike up a conversation with him. We rarely take a closer look at the man behind the haggard face or dirty clothes.

But one man did. Now, finally, a man so many had passed over received the acknowledgment and thanks he’d earned over forty years ago.

Sergeant John Beard of St. Louis served in the Air Force in the Vietnam War from 1968 until 1971. He earned four medals of honor for his service to our country.

After returning to the U.S., though, Beard didn’t adjust well to civilian life, a fate which sadly affects many veterans of all wars. Beard ended up homeless. Sadly, he also ended up suffering from stage four brain and lung cancer.

At 67-years-old, Sergeant John Beard passed away with no friends or family at his side. Before his death, though, Beard met Calvin Whitaker, owner of Michel Funeral Home in St. Louis.

Whitaker believed, as we do, that when military personnel or veterans die, they deserve the right to have a funeral where they are given full military honors. He decided he needed to do something to ensure the decorated veteran – who had struggled so after years of selfless service – would never be forgotten.

But then something even more amazing happened. News stations shared the story and dozens of strangers and members of the community lined the road and saluted as the military parade passed. Beard received an escort from the Patriot Guard to Jefferson Barracks. The weary soldier was then taken to his final resting place.

Beard may not have been surrounded by family or loved ones during his life, death, or funeral, but he was finally honored by a community who came out to support a man society had ignored and forgotten.

Selflessness rewards selflessness, and Beard’s actions eventually came full circle. It took decades to happen; but in the end, we’re certain Beard was looking down, giving a salute.

Were you touched by what Whitaker and the other members of the community did to honor this homeless veteran? So share this!