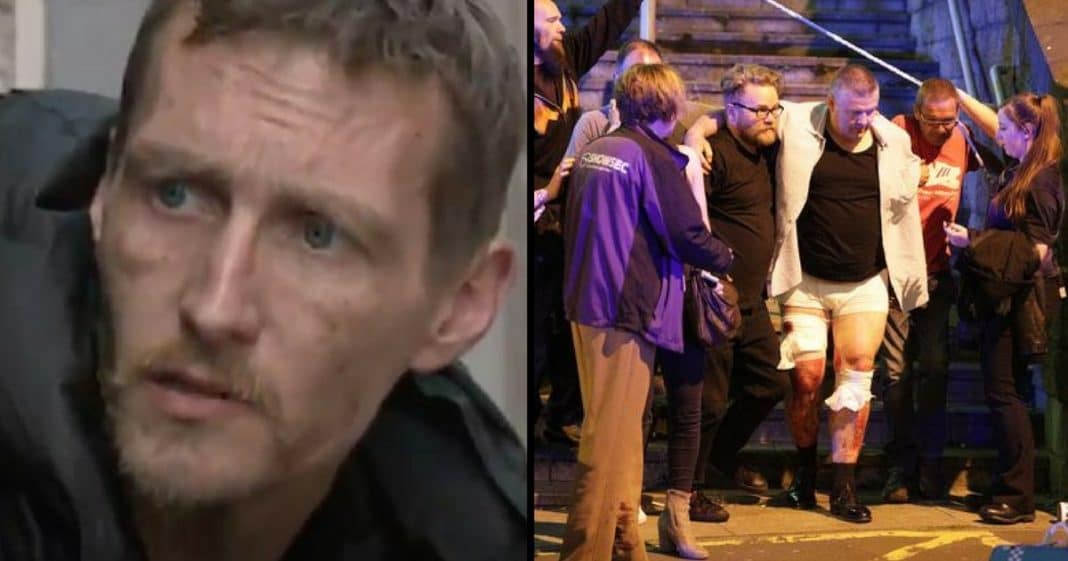 The world was rocked Monday night when a suicide bomber detonated a home-made bomb in the foyer of Manchester Arena as crowds were leaving an Ariana Grande concert. Twenty-two people have been confirmed dead and another 59 have been taken to local hospitals to be treated for injuries.

The attack was tragic and heartbreaking – one of the worst the United Kingdom has ever experienced – and our hearts go out to the victims’ families and loved ones as we know they are still reeling from the attack.

In the midst of the darkness, though, there is always a light that shines through.

Beloved children’s television host Fred Rogers once shared something his mother would tell him when things in the world seemed unbearably bad:

“When I was a boy and I would see scary things in the news, my mother would say to me, ‘Look for the helpers. You will always find people who are helping.’”

So here at So Share This we want to highlight the stories of those unlikely heroes who stepped up in the midst of a horrible situation and shone a little light into the darkness.

One such hero is Stephen Jones, a 35-year-old homeless man who was sleeping near the arena.

When he first heard the explosion he thought someone was setting off fireworks, but he soon saw the waves of screaming people fleeing the arena covered in blood.

“I then realized what was happening and saw children coming out, screaming and covered in blood,” he said.

He rushed over to see what he could do to help, and it was then that he truly realized how devastating the explosion had been.

“We were having to pull nails and bits of glass out of their arms and faces,” he recalled.

It was difficult for him to speak of the horrors he saw that night. He described seeing the “lifeless” bodies of children on the floor next to their “hysterical” mothers.

“Just because I’m homeless, doesn’t mean that I haven’t got a heart and I’m not human still,” he said. “They needed help and I like to think that someone would come and help me if I needed it.”

“It’s just instinct to go and help and it was children and it was a lot of children with blood all over them and crying and screaming,” he added. “It had to be done, you had to help them. I wouldn’t have been able to live with myself for walking away and leaving kids like that.”

Stephen wasn’t the only one to step up that night. Hundreds of people were stranded after the blast and many local citizens offered free taxi rides to get them where they needed to be and even opened up their homes so they would have somewhere to sleep, or at least rest.

The effects of this terrorist attack will be felt for years to come, but goodness and light will always find a way to shine through.

Were you touched by what Stephen did for the victims of this terrorist attack? So share this!