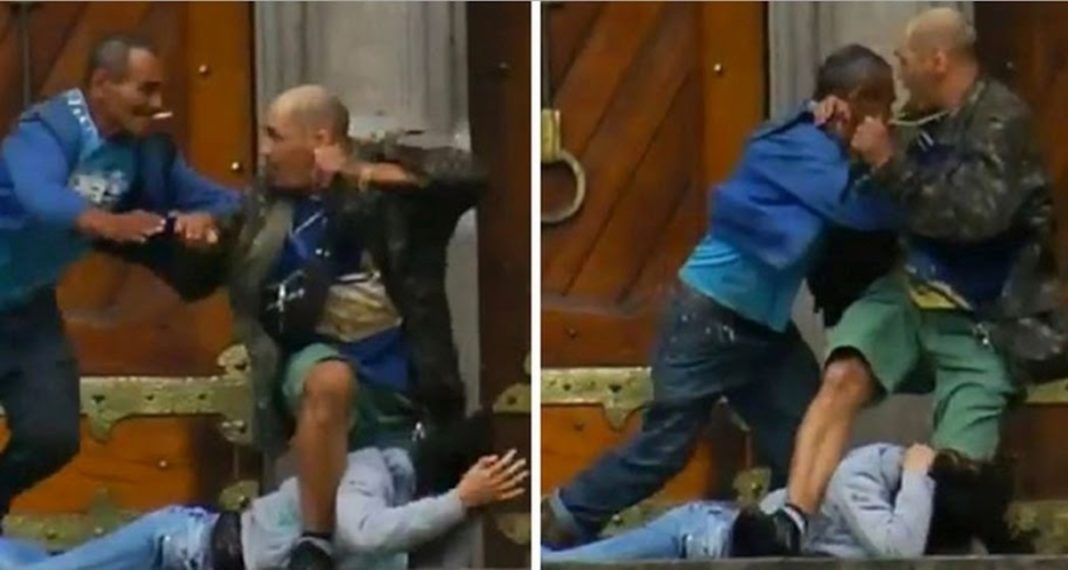 Most who are homeless don’t choose that path. For many, it’s not what they thought would be part of their life, but events and circumstances forced them out on the street.

One homeless man from Brazil is being hailed a hero for giving his life while saving a hostage victim. Luiz Antonio da Silva grabbed an unnamed woman and held her at gunpoint on the steps of the São Paulo Cathedral. Video captured of the altercation shows 61-year-old homeless man, Francisco Erasmo Rodrigues de Lima rushing to the woman’s aid.

He tackled the assailant, allowing the woman to get away. Sadly, Francisco was shot. He died at the scene of the hold-up according to witnesses.

The woman was also injured but was later treated. The gunman also died.

Social media praised Francisco’s bravery and selfless actions. Photos of him were posted with angel wings.

A priest from the cathedral  released a statement in Portuguese, according to Globo, saying: “in the cathedral, we pray in for those who have lost their lives in daily tragedies and violence” and asking everyone to “ask God to restore peace in our city and for scenes/incidents like that do not happen again.”

Despite his situation in life, Francisco saw another person in need and reacted. He will be forever remembered as the hero he is.

Will this story make you look at the homeless around you differently? Will you help them in some way? You could volunteer at a homeless shelter where you could feed those who come in off the streets. Or how about donating items from your home or wardrobe to those in need? Or perhaps dropping off nonperishable goods at a local food bank?