Homeless Man Sleeps Outside Shelter. When She Asks Why He’s There Answer Leaves Her In Tears 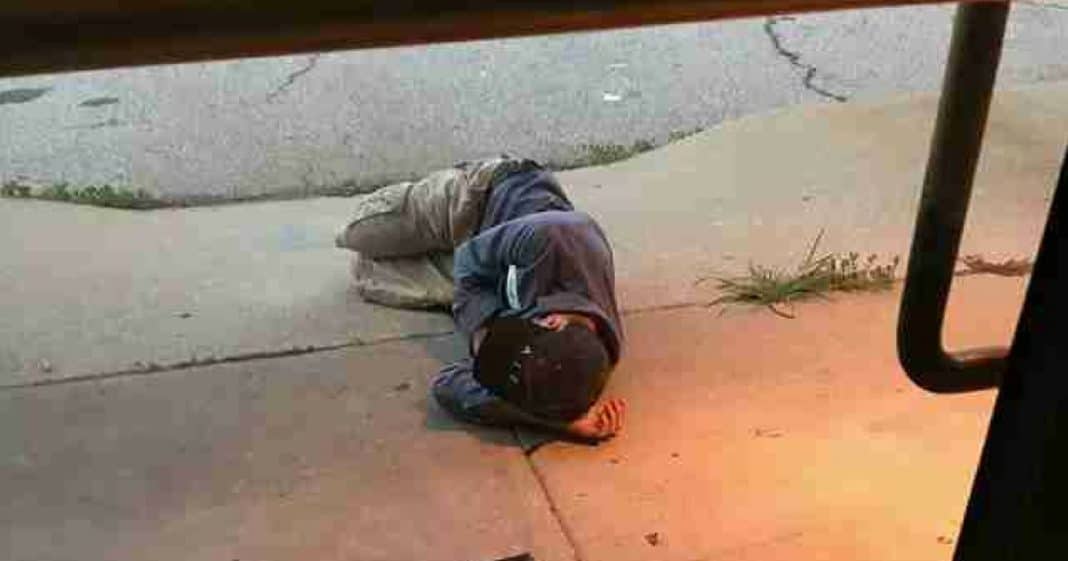 Anybody who has a pet knows how special they are. They become part of our families and it’s hard to imagine life without them.

Most of us have jobs and homes to look after and different appointments that keep us busy, but we still always make time for our pets and love to come home and see them. Now, just imagine you have nothing but your pet. They wouldn’t just be a part of your life – they would be your life.

That was the case with this homeless man in DeKalb County, Georgia, and his beloved dog, Tita. For reasons yet unclear, he and Tita had gotten separated. He searched all over for her and, when he couldn’t find her, spent all of the money he had on bus fare to get to the animal shelter to see if she was there.

It was closed when he got there, so he slept outside the door until it opened. An employee found him the next morning and asked how they could help.

The man explained the situation and described Tita to the shelter employee, who had both good and bad news.

After learning that the man didn’t have any more money for the bus, the kind-hearted employee paid his fare and called ahead to let the shelter know he was on his way. When he got to the shelter, he was met at the front door by the director.

“He looked at her and he said, ‘My dog is my life. Please, I need to have her.’ And she said, ‘Of course, how can we help?'” said Andie Peart, the rescue coordinator at the DeKalb County Animal Services Shelter in Chamblee.

Based on the man’s description, they quickly located Tita and brought her out. They didn’t even need the man’s confirmation to know they had the right dog – it was clear these two were longtime friends.

“You see a reunion like that and you can tell that the dog really cares about the people and vice a versa,” Andie said. “It’s really touching and it’s a really rewarding experience.”

Going the extra mile, the shelter gave the man a leash and money to get back to Atlanta. They also offered to follow up with veterinary care, part of a program they have started designed to help homeless people in the area who have companion animals.

A representative for the shelter said they work with several homeless individuals on a regular basis “because their love for their dogs isn’t less than anyone else’s.”

Were you touched by the love between this man and his dog and the way the people at the shelter worked to reunite them? So share this!