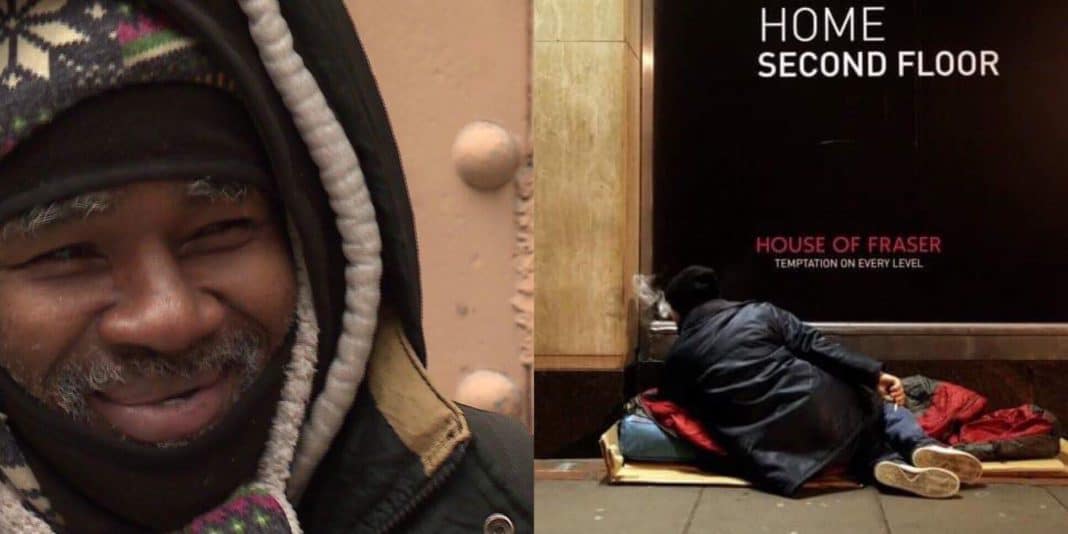 What do a WGN Chicago reporter, a homeless man and a pawn shop in Kansas share in common? This fantastic story begins over 30 years ago in Junction City, Kansas. Chris Mathis took over the day-to-day operation of the facility from his father years ago.

Folks down on their luck would drop by the shop and hawk savings bonds for some quick cash. Over the years, Chris would collect several bonds, over 50 of them. He decided to do something different – return the money to these folks who came to his shop.

Chris located many of the people and gave them the money from their bonds, but one stack of I.O.U.s remained unclaimed in a drawer.

All the shop owner knew of the man was his name: Woodrow Wilson Jr. He was from Chicago. And at the time he purchased the bonds he was stationed at a local U.S. Army base.

The Chicago police had a single photo of Woodrow; a mug shot taken when he was arrested for loitering. Woodrow has been homeless for the past three years. Many recall seeing him at his usual hangout at the corner of Van Buren and LaSalle, but the recent frigid temperatures left that block abandoned. He hasn’t been seen for over a week.

WGN’s Erin Ivory found him and told him about the bonds from long ago.

“Yeah! Yeah!” he replied, but his face remained skeptical.

Erin called Chris and allowed Woodrow to speak with him: “She told me about it but I thought she was trying to trick me,” the homeless man said.

Chris agreed to get the money to Woodrow ASAP. This is a huge relief to a man who’s been turned away from overcrowded homeless shelters for the past week. He’s been desperate for a warm bed to sleep in for just as long.

“They’ve been jam-packed. You just can’t get in.”

Woodrow’s meager possessions consist of a backpack with two pairs of pants and a blanket. The funds will keep him off the streets for the long winter.

“He could have kept it himself and cashed it in. I’m surprised he’s going to give it back to me. It means a lot because I don’t have nothing. It really helps me.”

Chris says that giving back these bonds to their rightful owners has brought him more joy than anything he’s done over the years. Woodrow’s name was the last one in that drawer of bonds. Everything is as it should be.