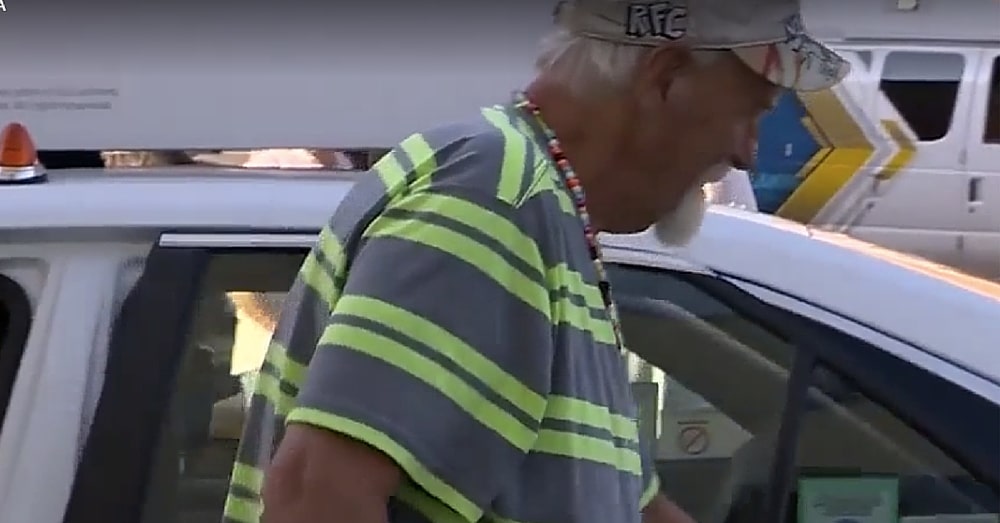 When Boston cab driver Raymond “Buzzy” MacCausland found a bag in the back of his car, he didn’t think too much of it. After 50 years of driving cabs, the 72-year-old has seen it all…or so he thought!

Buzzy immediately took the bag to the police station where they were also shocked to see so much cash.

With Buzzy’s help, police were able to reunite the money with its rightful owner, a homeless man who had recently cashed in on an inheritance. The man was able to provide documents that proved the money was his, and he gave Buzzy a $100 tip to thank him for returning it.

Larry Meister, president of the Independent Taxi Operators Association, said they are very proud of what Buzzy did and noted that he always does the right thing. In fact, this is not the first time Buzzy has found a large sum of money in his cab. About 30 or 35 years ago, he found $10,000 in his car and was able to reunite the money with its rightful owner that time too.

Buzzy is happy that he was able to help return the money and said he hopes the homeless man is able to use it to turn his life around for the better.

As for all of the attention he is now receiving – including praise from the Boston police commissioner – Buzzy said it’s something he could get used to.

“It really is something I’ll never forget!” he said. “I’m gettin’ to like it!”

We’re glad there are still people like Buzzy around who will do the right thing, no matter what!

Were you impressed by Buzzy’s actions? So share this!