Homeless Man Asks For Cup Of Water. What She Brings Him Instead Leaves Him In Tears… 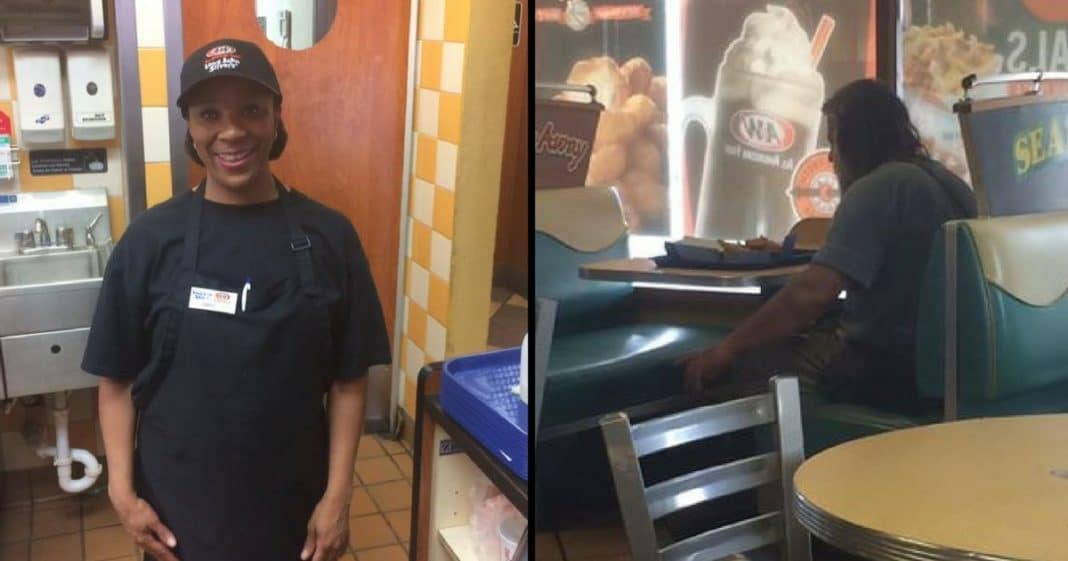 Sometimes it’s the simplest act of kindness that can have the biggest impact. Perhaps that’s because it comes at a time when we are least expecting it.

For Scott Grubitz, the kindness he witnessed at a Long John Silvers in Amarillo, Texas, recently will stay with him for the rest of his life.

Scott doesn’t usually spend much time in Amarillo, but he was there for a job the other day and decided to grab some lunch at the popular fast food chain. That’s when he witnessed a small act of compassion and human kindness that took his breath away.

“As I was sitting there, this gentleman came in and asked the lady at the register for a cup to put some water in,” he recalled. “With a big smile she politely said yes and handed him a cup.”

Scott said the man looked like he was down on his luck and didn’t have much money. He filled up his cup and stayed in the restaurant for a little while, enjoying the air conditioning on the hot day.

Suddenly, the woman who had helped him walked out with a huge plate of food and put it down in front of the man. It was obvious the man was hungry, and he immediately sat down and began to eat.

Scott was so impressed by the employee’s kindness that he walked over to the counter to thank her. She said she had asked her manager – a man they call Captain – and he had given her the okay.

“I’ve always loved Long John’s and this was just the cherry on top,” Scott wrote later. “[A] HUGE ‘THANK YOU’ to CAPTAIN and the wonderful staff at the Ross location. You folks are a real Class Act and I will definitely be returning.”

Many restaurants have to throw their food away at the end of the day if it doesn’t get eaten. Sharing some with those in need is such an easy way to show kindness to those who are down on their luck. We salute Captain and his crew for being everyday heroes and showing kindness to those who need it most!

Were you touched by what these workers did for this man in need? So share this!