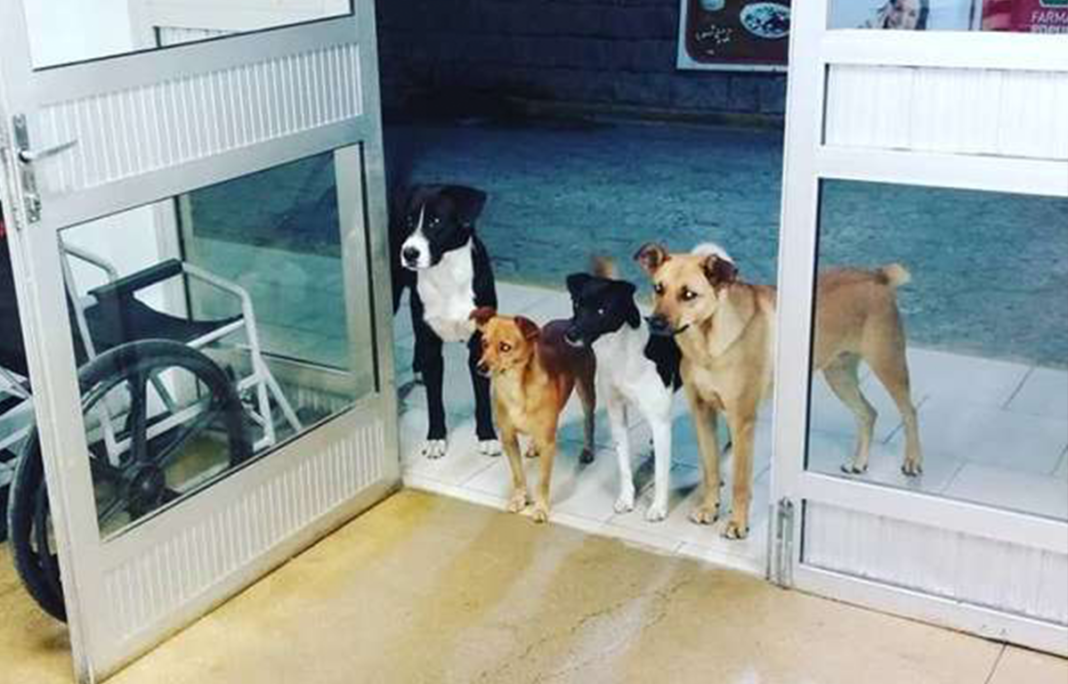 A healthcare worker at a hospital in Rio do Sul, Brazil, Cris Mamprim, shared a picture on Facebook that has touched thousands of people. She noted that a homeless man named Caesar was receiving treatment at the hospital in the late hours of the night.

Caesar didn’t have any belongings, but he had a wealth of unconditional love and companionship waiting outside and peeking in to check on him. The little faces are those of the four small dogs, who cared so much for the man that they followed him and looked inside with concern. Although he had no home to provide them, it is apparent they share a special bond, loyalty, and love.

“A simple person, without luxury, who depends on help to overcome the hunger, the cold, the pain, the evils of the world, has by his side the best companions, and the exchange is reciprocal,” wrote Mamprim.

Mamprim recalled that the man confessed that he would go hungry to make sure that his canine companions would have enough to eat. The dogs looked well-fed and alert. They were hopeful to be reunited with Caesar again ASAP.

The healthcare provider could tell that there was a pure loving relationship between the man and his furry friends.

“I don’t know what his life is like, because he’s on the street, and I don’t even want to know and judge him, but I admire the respect and love he has for Seeing them like this, waiting on the door, just shows how much they are well care and loved.”

See the photo below:

The Dodo reported that the dogs were so well behaved that the hospital staff were charmed by them. They allowed the dogs to come inside the door to see Caesar and then gave them all some food.

“Believe me, he ate some and saved a bit to give the dogs later,” Mamprim said. 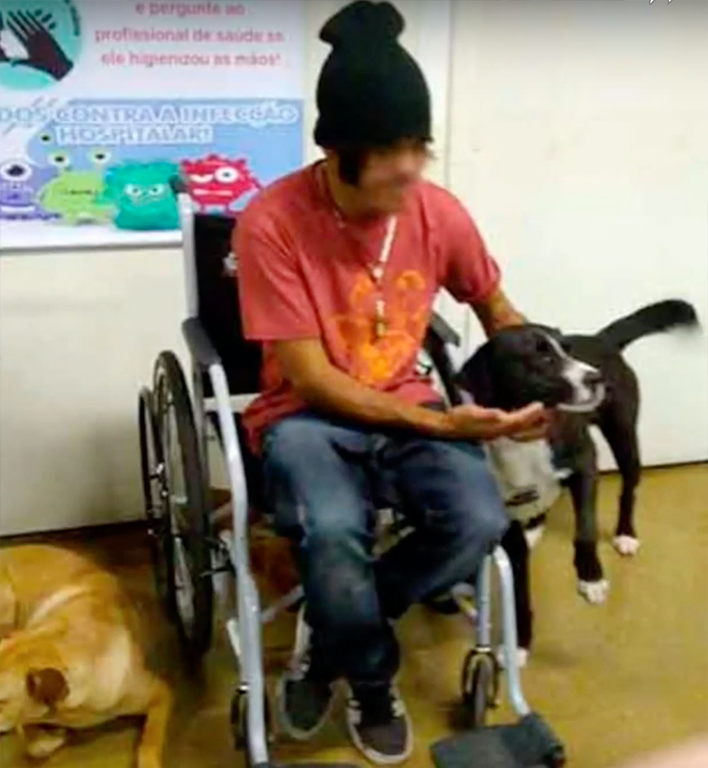 Once the man received the medication he needed, he disappeared back outside. The pack of little dogs wagged their tails and followed him into the dark.

After the cute picture went viral, news outlets in the area began to focus on how they could help the homeless. So by sharing the picture, she was able to help him as well as others struggling to make ends meet.

“How cool, now more people know Caesar and will help him, remembering that there are more people in this same situation and that need help. ?,” she posted.

In the end, the compassion that Caesar showed the dogs will result in kindness and generosity for the homeless in his area. The simple act of sharing a photograph of the cute little dogs and their pure love has inspired people to spread the love.