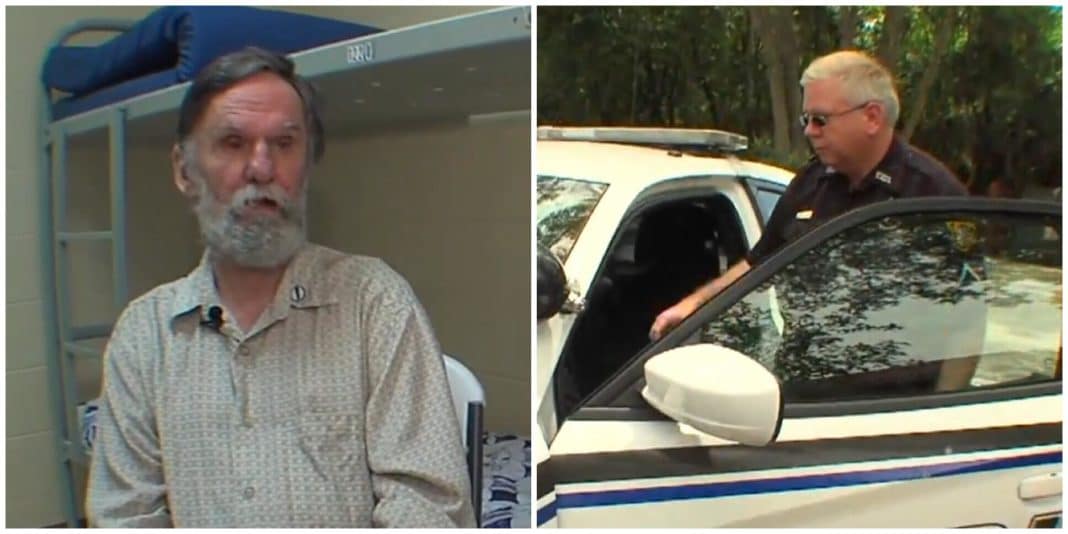 Time and time again, we share stories with you of men and women who embody the true meaning of kindness; they are fabulous examples of what it means to be a good human being. Even if they’re just doing their job, some of these folks take the time to make everything right for those they serve.

John Helinski is originally from Poland. He came to the United States some years ago. He hasn’t had much luck the last few years. The 62-year-old was living in a cardboard box beside a Tampa, Florida bus stop. This dear man would sleep under the benches of the bus stop. No one took notice of him and Jon felt invisible.

Unlike most who end up homeless, they have their identification and other documents to prove their identities. John though, had his stolen. And since he was from Poland, receiving any services like temporary housing with Florida’s Community Housing Solutions center was quite impossible. He couldn’t prove his identity, so he was denied services.

Charles Inman is a caseworker with community health provider, DACCO. He heard John’s story and decided to help. Inman, along with the assistance of Tampa PD Officer, Daniel McDonald, would get John’s situation sorted. In the process, they uncovered something incredible for the man who became used to hearing the word “no.”

“This situation looked complicated, and I wasn’t sure how it was going to end up,” Inman said after first meeting Helinski.

“If it failed, it meant we’d put a 62-year-old man on the street, and Officer McDonald and I were not OK with that.” But with the men’s intervention John at least had a chance.

“John was born in Poland, so it made it even more difficult for him to get a new ID,” McDonald said. “I helped him out and said, ‘We will figure this out and get you a bed.'”

Homeless Man Finds Forgotten Bank Account With Enough Money For A HouseJohn Helinski, 62, had forgotten all about the…

It took time, but with the help of the pair, they got John to legally prove his identity: “First, I drove him personally to the local tax collector’s office, where he was able to get a temporary State of Florida ID card,” McDonald explained.

With this temporary ID, John could obtain his birth record from the state Departments Bureau of Consular Affairs. Once they had his birth record, they could next head to a Social Services office to check on the status of John’s benefits.

To everyone’s shock, the social services worker said John had never stopped receiving benefits. A quick trip to a bank confirmed that John indeed did have a bank account with money in his name. He had enough funds saved up to find temporary housing on his own with the agency Inman works with.

“He has the money now to move into his own home,” McDonald says. “He deserves it. He’s a good, sweet and genuine man.”

Thank goodness for these men who took those extra steps to help John get on his feet. He’d still be homeless if they hadn’t stopped and refused to allow his situation to continue.