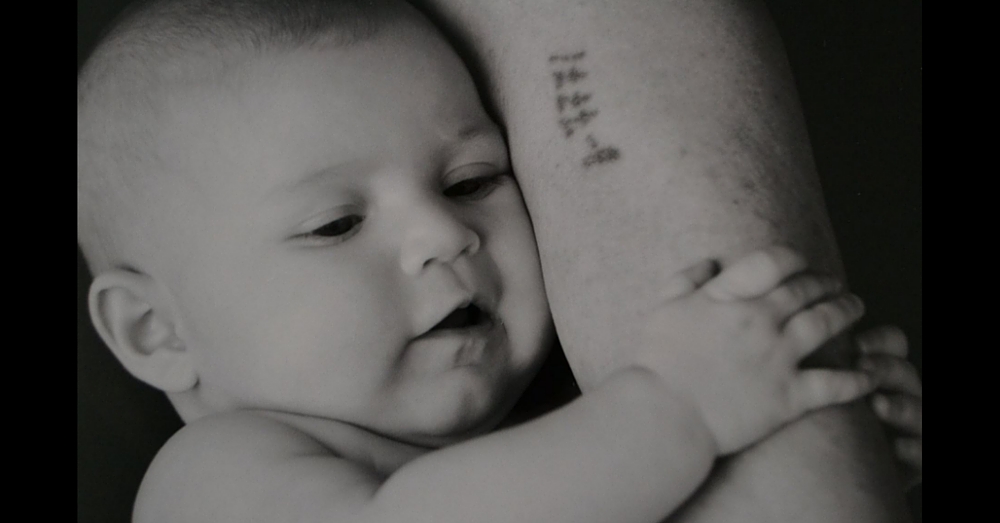 Jessica Glatt should not, by all accounts, be here. For her to be born, both her grandfather and her grandmother had to survive the Holocaust — they miraculously did, by mere chance and fate. The fact that they went on to live long enough to see the birth of their great granddaughter, Glatt’s oldest child, Harli, was so significant that the family decided to commemorate their meeting with a picture of then 3-month-old Harli holding her great grandfather’s arm, his concentration camp tattoo still etched in his skin where it was drawn when he himself was barely a teenager.

Glatt’s grandfather, Max Durst, now 89, was his immediate family’s sole survivor of the Holocaust, as Glatt wrote in an essay for Kveller last year, having survived several concentration camps including Auschwitz and Ebensee, where he was finally liberated. Her grandmother, Anna Durst, now 86, was also the sole survivor of her own immediate family and spent the war hiding from the Nazis, often under extremely dangerous conditions.

“There is simply no explanation for the inexplicable,” Glatt wrote for Kveller. “Yet they survived.” Glatt’s grandfather needed some convincing to have the photos of his tattooed arm taken with Harli, but Glatt felt strongly that “this mark of evil…also radiates the very essence of survival.” The resulting photograph, she says, is “beautiful. It is painful. It is my history and my future inextricably linked.” …Read more