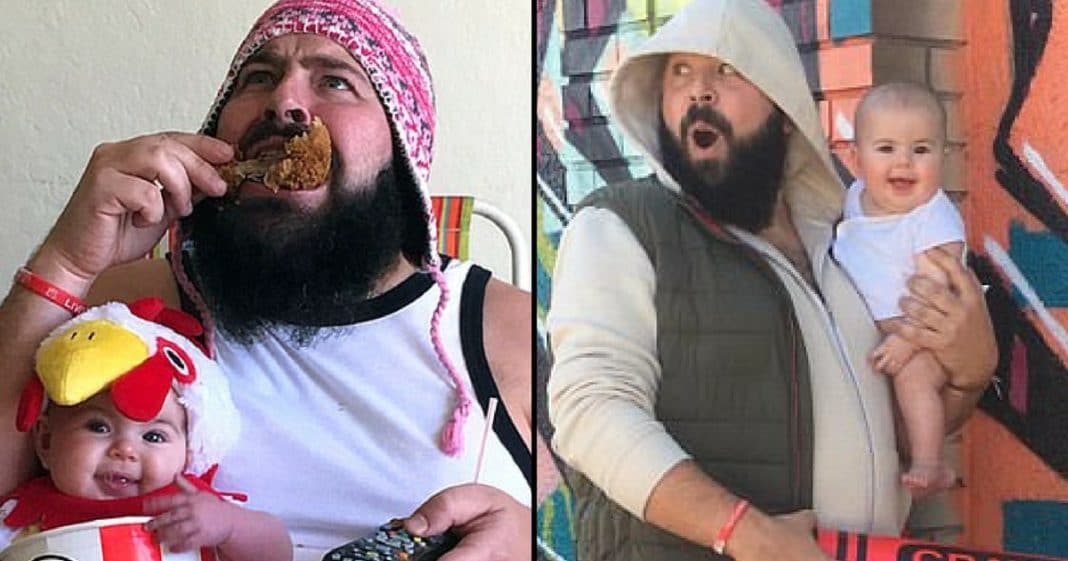 Parents looking to create lasting memories with their children can take inspiration from this playful father.

From a Hawaiian dancer to a safari explorer, Sholom has found dozens of imaginative outfits for himself – and always finds something fun for Zoe to wear, too. 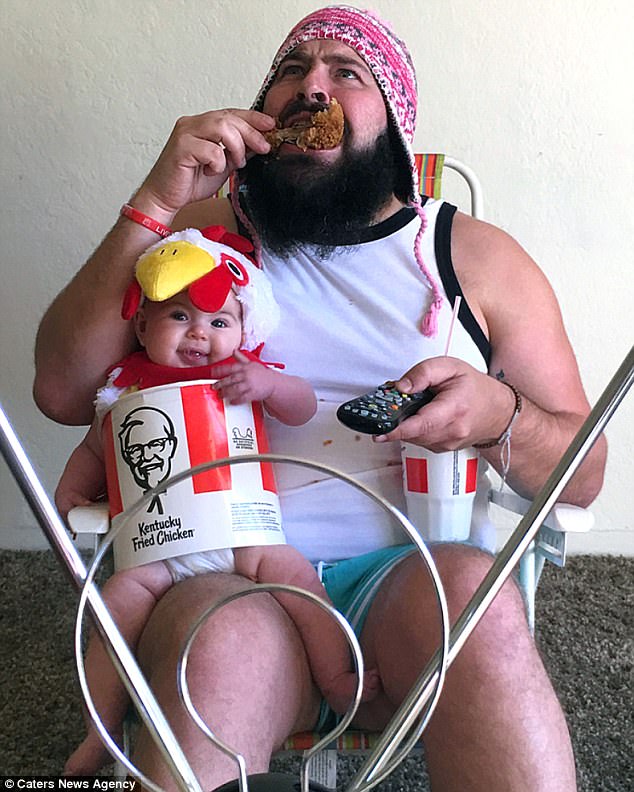 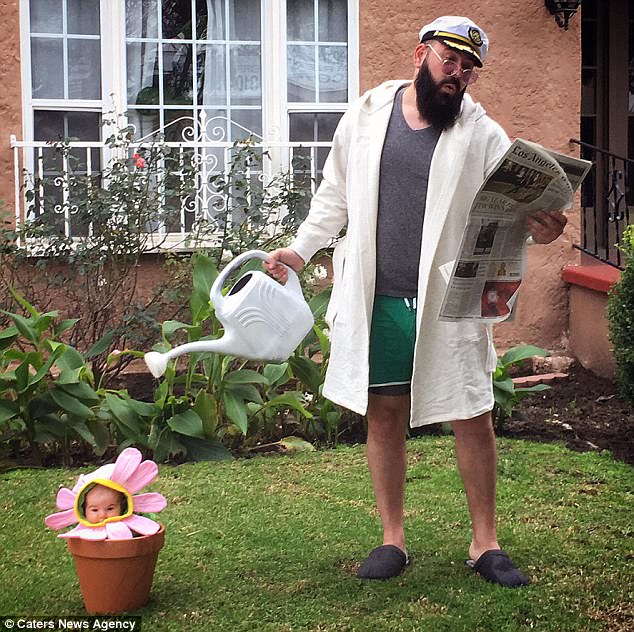 Room to grow: Zoe the flower waits patiently as Sholom the off-duty captain waters the pot 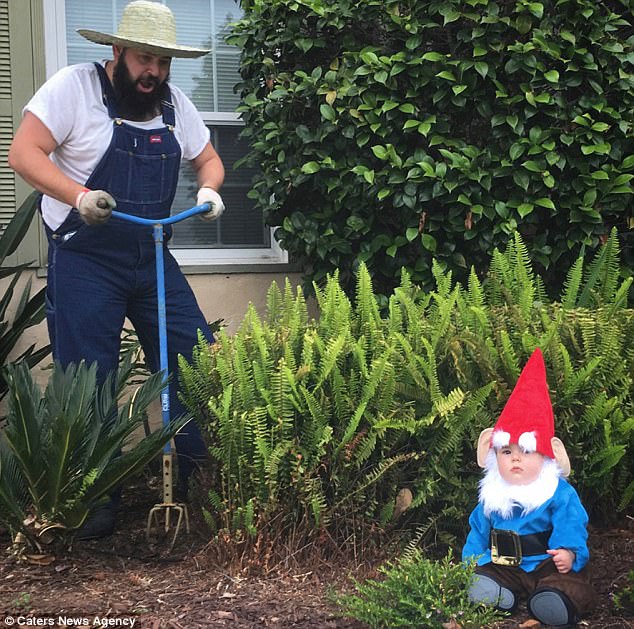 Little helper: Zoe might look impossibly cute as a garden gnome but the beard was very ‘itchy’

The father-of-one, who is originally from Hackney, north London, but now lives with his wife, Carli, 32, in California, said he has no plans to stop as Zoe grows up – and hopes to be embarrassing her with his dressing up well into her teenage years.

‘I plan to take photos with her as long as she will let me,’ Sholom said.

Before Zoe was born, Sholom, who owns a vintage furniture store, used to amuse friends and family by donning costumes for silly staged photographs.

But after realising his daughter was happy to sit for the camera, he began incorporating her into his pictures. 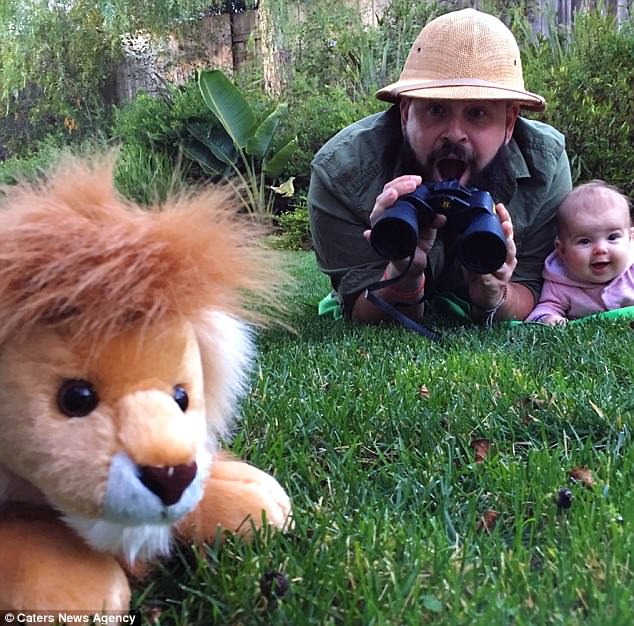 Over there! Zoe looks excited to have spotted a lion while on a garden safari with her father 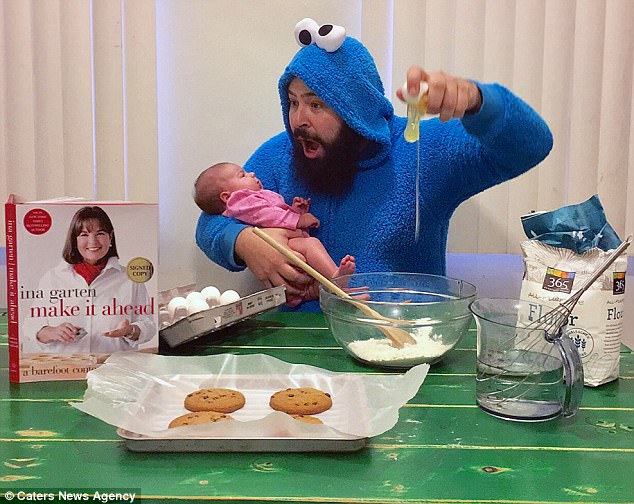 Me want cookie! Zoe gazes up at her Cookie Monster father as he whips up a batch of treats 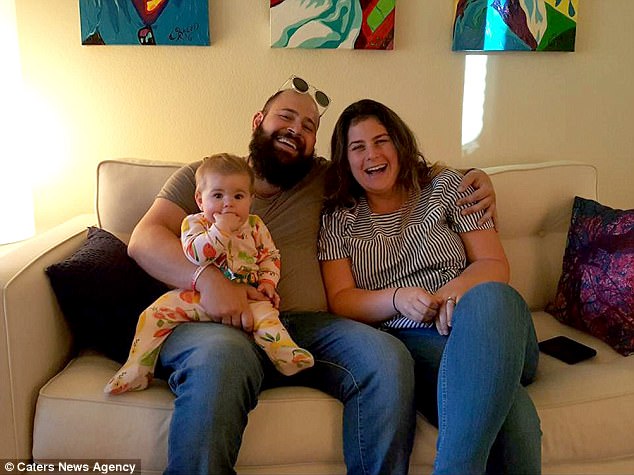 Behind the camera: The photographs are taken by mother Carli, pictured with Sholom and Zoe

He said: ‘She definitely makes all the pictures a lot cuter as without her I’m just a fat chubby guy who likes to take silly pictures. The ideas for what me and Zoe will do next is endless.’

Read about how Sholom captures each image and see more adorable photos of the sweet pair on the Daily Mail.