Hikers Find Paralyzed Baby Jaguar, When Vets Do The X-Ray – That’s When They Spot It… 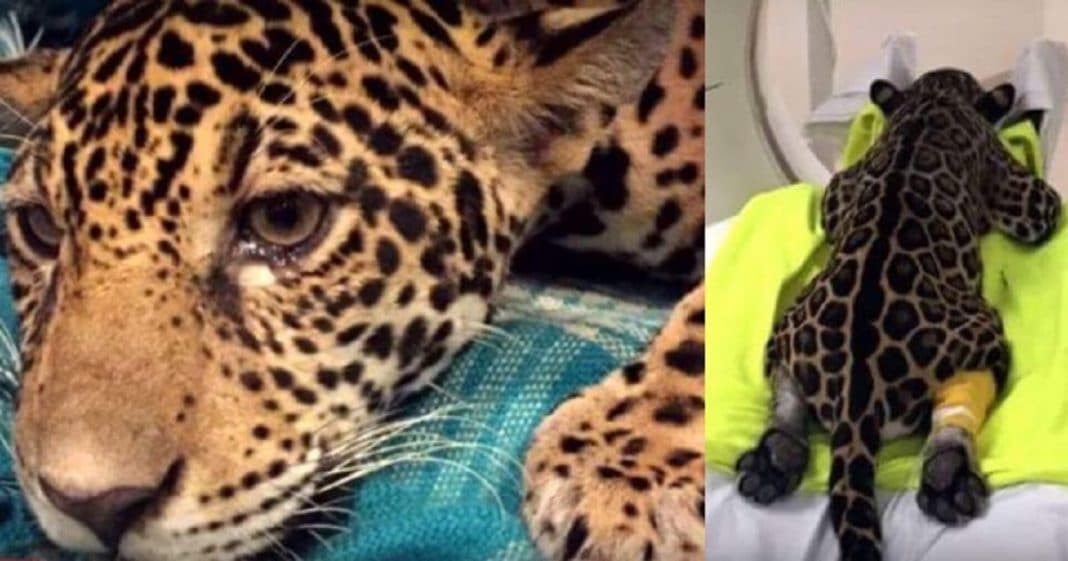 Jaguars are on the endangered species list. When one is harmed or killed, it’s a crime. Local authorities don’t always catch those responsible for injuring these beautiful quick creatures. In Ecuador, for instance, farmers will kill them for coming onto their land or for attacking their herds.

In October of 2016, hikers in a remote part of the Ecuadorian jungle stumbled upon a site that left them both horrified and concerned.

They found a jaguar in the brush. You don’t mess with big cats. They’re more dangerous than cute. Don’t underestimate the speed of this predator; they’re quick runners, high jumpers, adept hunters and fast climbers.

The observant hikers noticed something alarming about the lone cub – it could only move its head. Taking immediate action, they rushed the poor cub to Darwin Animal Doctors.

The cub had a total of 18 shotgun pellets distributed through her neck back and legs. Unfortunately, some of the bullets in her back touched her spine, rendering her paralyzed. Despite a less than promising diagnoses, the veterinarian staff didn’t quit on her. Instead, they named her D’Yaria, meaning “brave jaguar.”

D’Yaria survived surgery where staff removed the pellets. Just a few days later, she began walking on her own. On the road to living a healthy life, she was taken to a nature preserve to finish her recovery. She did so well that plans were soon established to release her back into the wild.

The Darwin Animal Doctors held a fundraiser to have a tracking chip implanted beneath her skin. With this chip, the doctors hope to provide her support and protection in the future.

*WE DID IT!* Thanks to your generous support, Darwin Animal Doctors raised $2,500 to purchase a satellite tracking…

It’s unknown how D’Yaria sustained her injuries. It’s believed she is an orphan because she was only 11 months old when the hikers found her.

Veterinarian staff think she was shot along with her mother by local farmers: “This is an area where people have cattle, and Jaguars are known for going into farms and killing  cattle, so what the locals do is just kill the Jaguars to preserve the cattle,” Darwin Animal  Doctors veterinarian Cristina Cely told The Dodo.

Darwin Animal Doctors believe D’Yaria’s mother died of her wounds; D’Yaria would’ve starved to death if the hikers hadn’t come across her.

Thank goodness for those brave hikers for intervening. They could’ve run off and left this incredible cat to die. They did the right thing by getting her help.