Hiker Gets Struck By Lightening, Almost Dies. But Look What This Dog Did For Him 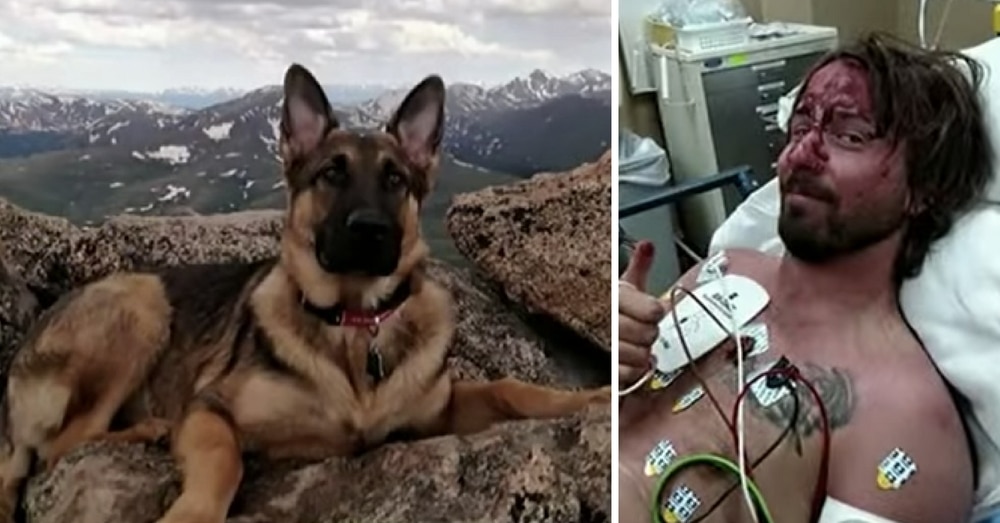 It was a beautiful day in Colorado when Jonathan Hardman and some of his friends decided to hike Mount Bierstadt. The skies were blue and the weather was perfect. But as anyone who has been to Colorado knows, the weather can change in an instant.

When the group reached the top of the peak the skies began to darken. That’s when lightening struck, knocking all of the hikers to the ground, unconscious.

When they came to they could barely move and were trying to figure out what happened. As they began to put the pieces together, Jonathan noticed another hiker trying to lift the lifeless body of his beloved German Shepherd, Rambo. He knew his friend was gone.

The group was rushed to the hospital and it was there that Jonathan realized just what Rambo had done for him.

While all of the hikers felt the force of the lightening strike, it was Jonathan who took the direct hit. But doctors told him that, because Rambo had been so close to him, the dog had absorbed much of the shock. If Rambo hadn’t been there, Jonathan might have died.

Jonathan is heartbroken over the loss of his best friend, but knows that he owes his faithful companion his life.

Were you touched by what this dog did for Jonathan? So share this!