High School Sweethearts Reunite After 64 Yrs, Finally Get The Happy Ending They Deserve 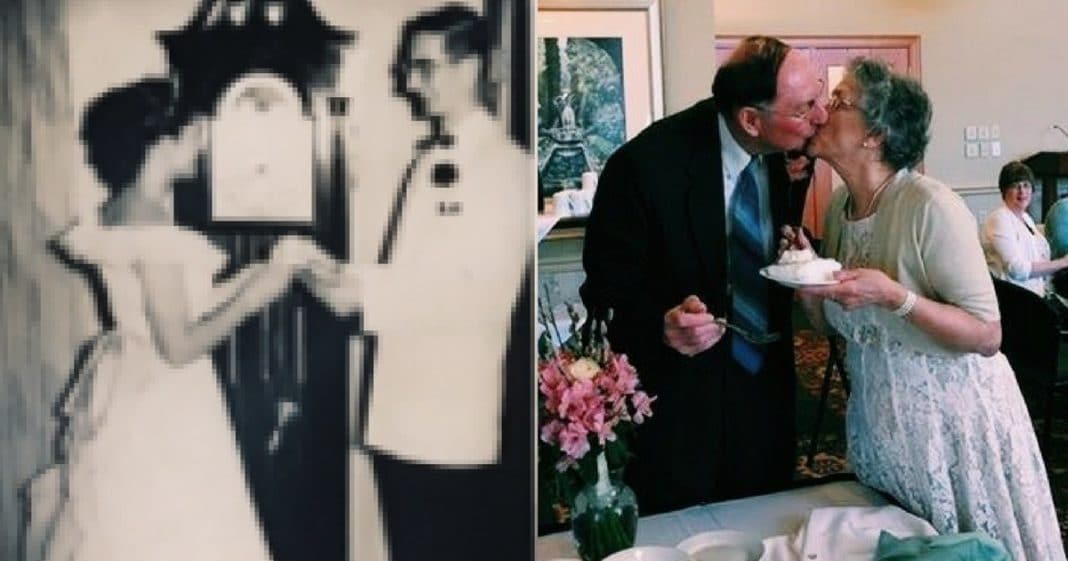 Sometimes love is worth the wait. That’s what high school sweethearts Joyce Kevorkian and Jim Bowman discovered when they reunited 64 years after attending prom together.

The pair had dated during their junior and senior years of high school in Illinois in the early 1950s, but had gone their separate ways for college, eventually losing touch.

Both found new loves in college, married, and went on to have long and happy marriages until they were both widowed.

“My grandma had been very sad since my grandpa passed away five years ago,” Joyce’s granddaughter, Anna Harris said.

But then something happened that took her by surprise.

As the anniversary of their high school graduation grew near, Jim called up his former flame and asked her to help him plan the reunion.

Right away it was clear that, even though it had been more than six decades since they had seen each other, there was still something very special between them.

“[W]hen she started talking to Jim, she turned back into her old self,” Anna said. “When I’d call her up, she had a lot of things she wanted to tell me about her life ― she had things to look forward to again.”

Pretty soon, Jim came for a visit, and the rest is history.

Anna shared some photos from the couple’s April 1 wedding (including one with their prom picture) on her Twitter page.

My grandma is marrying her prom date today… they found each other 64 years after they went to prom & fell in love again ❤?? pic.twitter.com/nHrKm4Yj2V

“It was a really heartwarming ceremony,” she said. “The best man and maid of honor (me!) gave little speeches and then the two lovebirds left for their honeymoon.”

“It’s almost like she is 17 again. When Jim proposed, she didn’t hesitate one bit and she has been so, so happy ever since,” Anna said. “To me, Jim isn’t really replacing my grandpa, he’s giving me my grandma back.”

Were you happy to see Joyce and Jim find love together again? So share this!