High School Football Players To Be Tried As Adults, Charged With First-Degree Rape Of Four Teammates 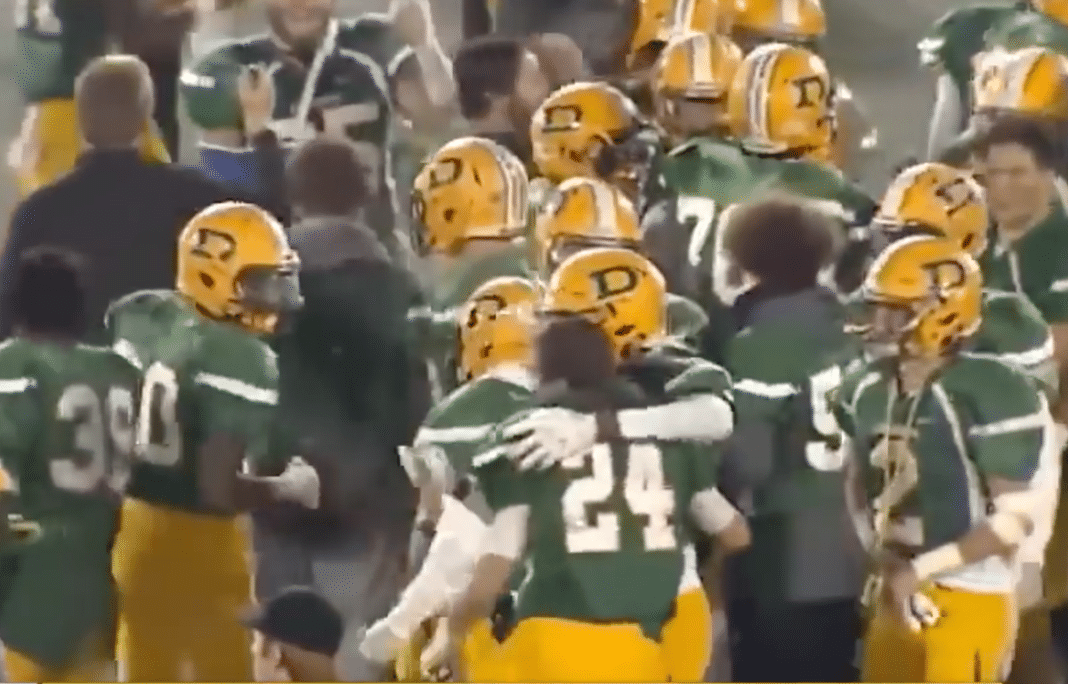 Four 15-year-old sophomore high school football players are charged with taking part in the rape and attempted rape of four of their freshman teammates in a locker room of Damascus High School in Maryland, just outside Washington D.C.

A suspect said they were continuing a “tradition” of hazing “started from generations ago.”

The football players will be tried as adults for allegedly restraining and sexually assaulting some of the boys with a broomstick. A fifth teammate identified as a victim but is also accused of taking part in an assault and will be tried as a juvenile.

Victims described the broomstick as a wooden handle with a “cut on the tip of it.” One victim report being stabbed on the buttocks after being held down. He claimed the attackers laughed as he shouted, “Let me go!”

Another victim described being sexually assaulted. When he asked the attackers to stop they told him it was “tradition.” Two of the victims said they were able to fight off the assailants before they “got the broom,” according to NBC News.

Authorities are now investigating how many other similar incidents may have taken place over the years without being reported. This time, the incident was reported after a father found his son sobbing in his room the night of the incident, according to Fox 5 DC.

“Will we look at the potential that this has happened in prior years? Absolutely, yes,” said Montgomery County State’s Attorney John McCarthy.

McCarthy objected to calling it a hazing.

“Some really gruesome details coming out of this story here in Damascus… authorities are describing as astonishingly cruel.”

An attorney for one of the defendants claims his client is innocent, yet seemed to point out that other such attacks were probable. Attorney David Felsen said:

“I think the short answer is there is information out there that this has happened on other occasions in other years.”

Felsen is fighting to have the 15-year-olds tried as juveniles.

Another Defense attorney, Daniel Wright, downplayed the incident as “a hazing incident that went to an extreme.” School district officials have similarly referred to what happened as “hazing, bullying, or harassment.”

However, an arrest document described a violent and brutal attack.

“‘Victim C said after they finished with him, they proceeded to Victim A where they pulled Victim A’s sweatshirt over the top of his head, punched him in the face, knocked him on his back and stomped on him,’ investigators said.”

Prosecutor John McCarthy rejected the idea that the incidents were a “hazing” saying, “these are crimes.” Prosecutors called the defendant’s behavior, “astonishingly cruel.”

The defendants have been released on bond and await trial.

All four suspects in “broomstick rapes” at Damascus High school are being released on 20, 000 dollar bond and ordered to stay away from the victims and Damascus High. Prosecutor says all 4 victims are Freshman and were considered “soft” by the suspects. pic.twitter.com/YFEUbRy3kA

See more in the video from CBS This Morning below: