He’s Taking Nap In Grass When Cheetah Walks Up. What Happens Next…Holy Moly! 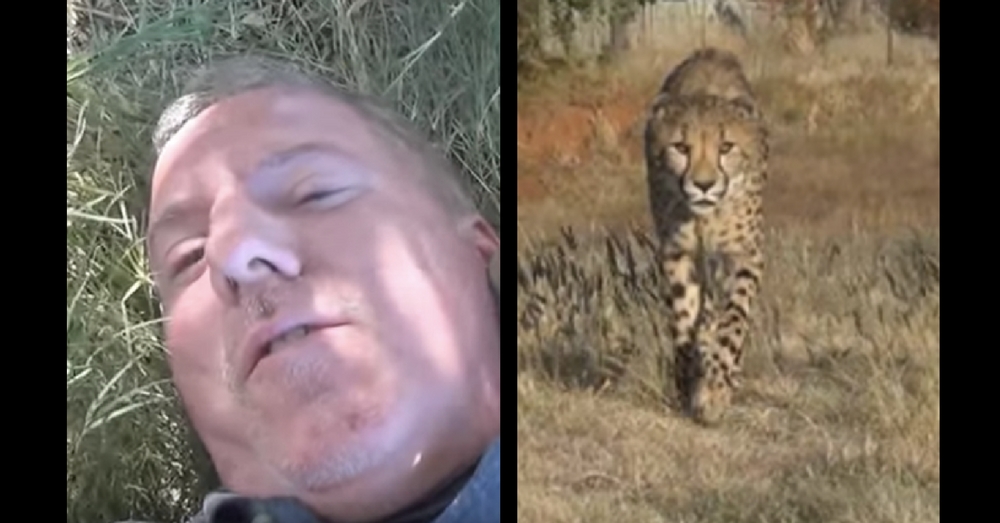 Most of us would never be comfortable enough to take a nap in the grass if we knew a cheetah was close by – no matter how cute and cuddly they may look, they are fast and strong predators – but that is exactly what Dolph C. Volker did.

Dolph is a volunteer at Cheetah Experience, a nonprofit organization that is focused on conservation and preserving endangered species. Their main focus is on cheetahs, but they also work with lions, leopards, servals, caracals, wolves, and a tiger, and have even rescued and helped rehabilitate antelope, porcupines, birds, and other non-predatory animals.

While Dolph likes all of the animals he has worked with, he has developed a special bond with one cheetah named Eden.

Eden truly is a special cat. Dolph describes her as the “most adorable, nicest, most friendly” cheetah he has ever met. Not only that, but the sweet-natured cheetah actually serves as a kind of therapy cat for a fellow cheetah named Faith who developed spinal meningitis as a cub and is now crippled. Eden stays by her side and provides her comfort and support.

Dolph has worked to develop trust between himself and Eden and, as you can see in the video below, his efforts have paid off!

Even though she has a rough tongue and it can hurt to be licked, Dolph allows the affectionate cheetah to “groom” and even nibble on him. He says she quickly learned his tolerance to her bites and licks and adjusted her pressure so he would be more comfortable!

The bond these two share is unlike anything I have ever seen. When you watch this video you’ll wish you could be there cuddling with Eden too!