He’s Confused When Dog Escapes Every Day. When He Sees Where She Goes, Breaks Down In Tears 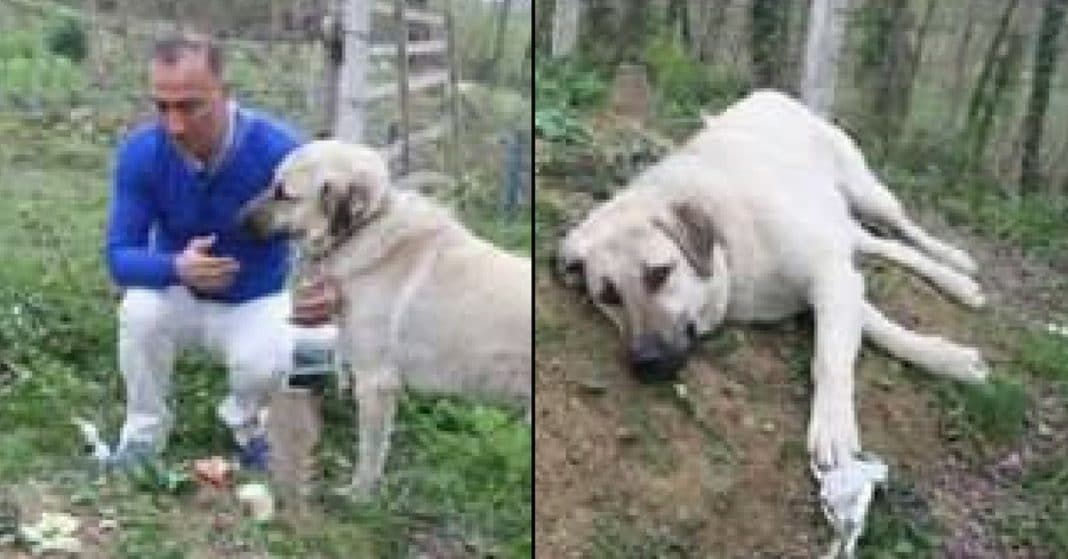 There is something so beautiful and incredible about the bond that can occur between humans and animals. Despite the difference in species, there is a love and connection there that cannot be explained.

That’s how it was between dog Zozo and her beloved owner Ismail Öztürk. Ismail, who lived in Ordu, Turkey, adopted Zozo when she was a puppy and the two quickly formed a strong bond.

Sadly, they would only have a year and a half together. Ismail passed away and Zozo went to live with Zafer.

Ismail was buried near the family home and Zafer would often go visit his grave, sometimes bringing Zozo with him. The dog missed her former master very much and seemed to understand what they were doing when they visited the burial site.

A short time later, Zafer was looking for Zozo and couldn’t find her anywhere. The same thing happened several more times – the family would look for Zozo but she was nowhere to be found. They wondered where the dog had gone off to.

Then one day Zafer went again to visit his father’s grave. When he got there, he found something that left him stunned. There was Zozo, lying on top of Ismail’s grave.

It seems Zozo was still mourning her beloved master and wanted to be as close to him as possible. Somehow, she understood he was buried there and she continued to visit him whenever she could.

While it’s heartbreaking to watch Zozo mourn her master, it is also touching to see the incredible bond the two of them shared. What a beautiful picture of friendship and loyalty!

We’re all going to hug our dogs a little closer tonight!

Were you touched when you saw where Zozo was going every day? So share this!