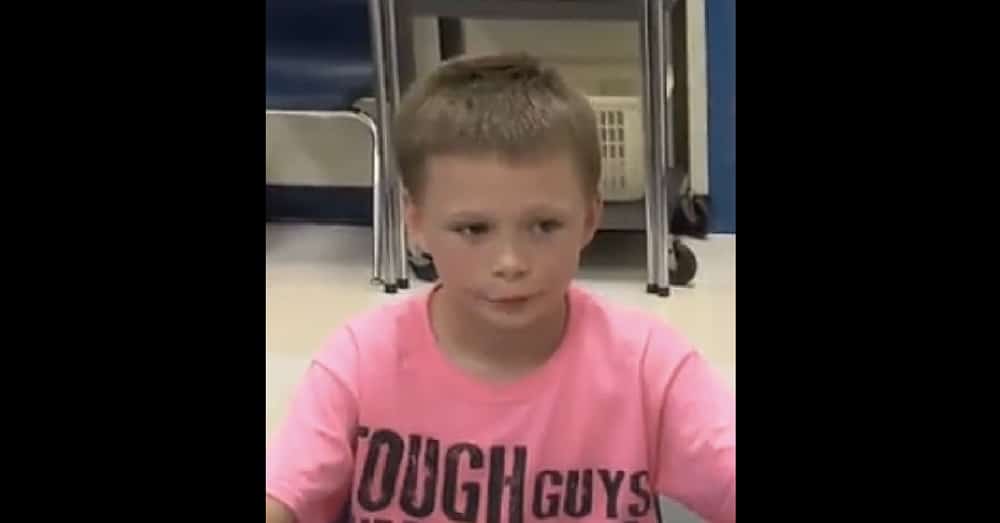 When fourth grader William Gierke came home from school in tears one day, it broke his mother’s heart.

The young boy had worn a pink breast cancer awareness shirt to school that day with the message “Tough Guys Wear Pink” printed on it. He had been proud to wear the shirt at first, and when people asked him why he was wearing it told them that he liked pink, but his classmates had quickly started bullying him and calling him a “sissy.”

As a mom, it was heartrending to hear that William was too afraid to go back to school, but she encouraged him to be strong and go anyway.

When William walked into his classroom, he couldn’t believe his eyes. His teacher, David Winter, was wearing a pink shirt!

The kind-hearted teacher ended up wearing a pink shirt to school every day that week, saying he wanted William to feel supported and “feel safe at school.”

While it may seem like a small act, this show of solidarity meant the world to William, and definitely sent a message to the other students that they won’t soon forget.

“I feel more comfortable,” William said after seeing his teacher. “I don’t let it bother me anymore.

Do you think this teacher deserves some recognition for what he did? So share this!